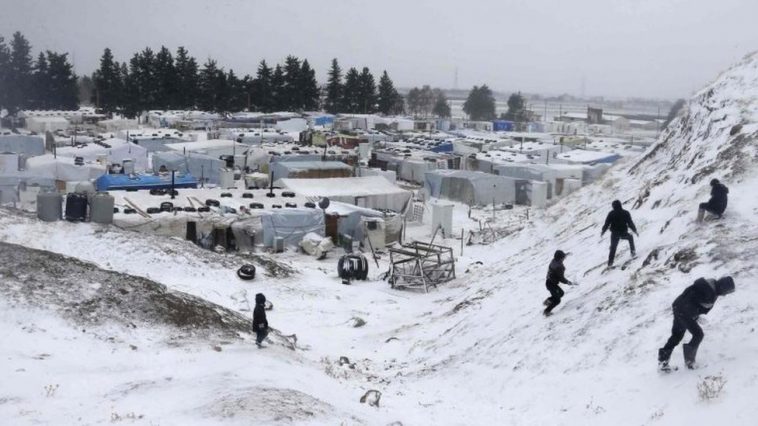 4 Syrian refugees died, as a result of the severe cold, while trying to cross into Syrian territory through the Lebanese border.

The Lebanese civil defense explained that the dead were 2 women and 2 children, one of whom was 7 years old and the other was 8 years old.

Their bodies were found in the “Jaroud” area, about 60 km from the Syrian-Lebanese border.

The bodies were discovered after losing the traces of their owners 4 days ago, while they were trying to cross the border, after which searches were conducted by the civil defense and the Lebanese army, which ended with finding them dead as a result of being affected by severe cold, especially with the storm that struck the region during the past days.

Lebanon receives about a million Syrian refugees, who escaped the ongoing war in their country, according to data from the UN high commissioner, but the actual number that the Lebanese government is talking about is estimated at more than 1.5 million refugees.

Syrians in Lebanon live in poor conditions punctuated by the racist practices imposed on them by some groups of Lebanese society, in addition to their exposure to exploitation in the labor market, especially children and women, noting that the largest number of these refugees doesn’t live in camps, but in different areas of cities.