“Don’t ask me how I know, but Epstein died an hour ago from hanging, cardiac arrest. Screencap this,” the post read, accompanied by a picture of Pepe the frog.

Following the post, other 4chan users questioned the validity of the claims, prompting the anonymous leaker to provide more information.

The technical jargon used by the user suggests he or she is a first responder, medical worker or someone else knowledgable in the field. 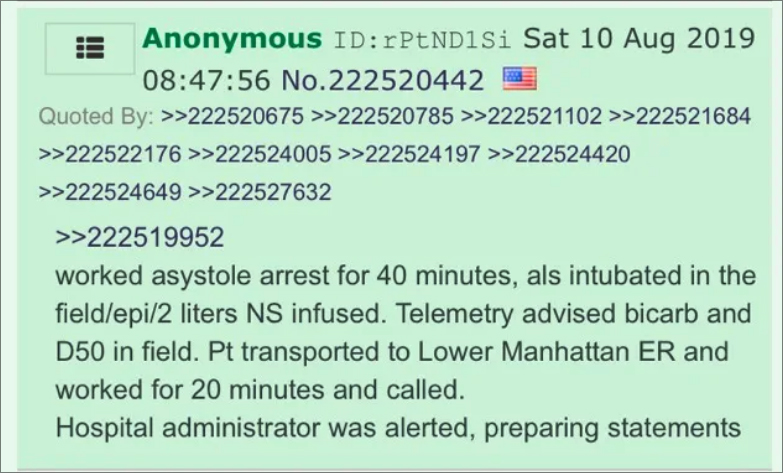 A Deputy Commissioner for FDNY, Frank Gribbon, told BuzzFeed he “could not verify the accuracy” of the post but did say, “The department will review this incident.”

Divulging patient information without consent violates HIPPA, and the FDNY will reportedly be investigating the 4chan message.

Time will tell if an FDNY investigation reveals the identity of the person behind the post, but the fact that they had knowledge of Epstein’s death forty minutes ahead of mainstream media suggests they are legitimate. 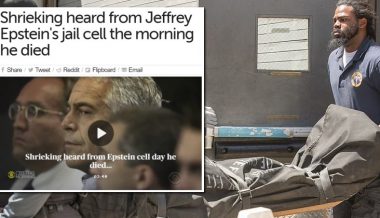 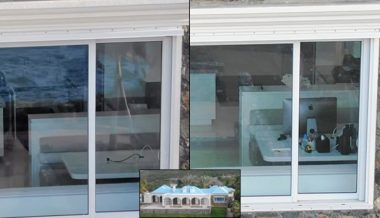