President Trump has claimed the blast that rocked Beirut was likely an “attack,” citing US military officials who “seem to believe” the explosion was not accidental, despite widespread reports it was a chemical warehouse accident.

“It would seem like it based on the explosion,” Trump said when asked whether the blast was the result of an attack.

“I met with some of our great generals, they seem to feel this was not some kind of manufacturing explosion type of event…they seem to think it was an attack, it was a bomb of some kind.”

Trump calls #BeirutBlast a “terror attack” and it was a “bomb” according to his “Generals” #Beirut #BeirutExplosions pic.twitter.com/QK4Qm1Ko0W

Leftist nation loathing and neglect from the voters installed the enemy that is destroying from within.

The Reopen America Back to School Special is now live! Earn double Patriot Points on our hottest items! 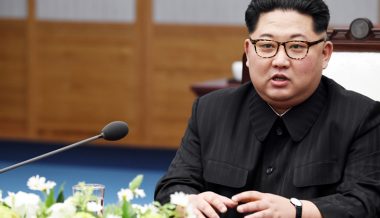