The senator showed up on the senate floor with shiny purple hair and a bright green sleeveless dress while donning a face mask. (RELATED: Ariana Grande’s Latest Body Art Is Both Bizarre And Confusing)

She didn’t explain much about the change of look from her platinum blond locks, to the new vibrant hair color. But she did take a second out to point straight at it while on camera. (RELATED: Report: Selena Gomez Takes Break From Spotlight Following Justin Bieber Breakup)

Masked Sinema identifies herself by pointing at her purple hair (!) and then votes.

A masked Senator Kyrsten Sinema identifying herself here by pointing at her purple-pink hair was a moment. Watch: pic.twitter.com/OB7uM5JdUt

I *think* that that is a masked Kyrsten Sinema voting with the colored hair. Is that pink? Can’t quite tell. But, I mean, who else would it be? pic.twitter.com/GYFjIlgcTS

Plus, this one that has since surfaced of her leaving the building with the bright purple hair color and colorful dress. 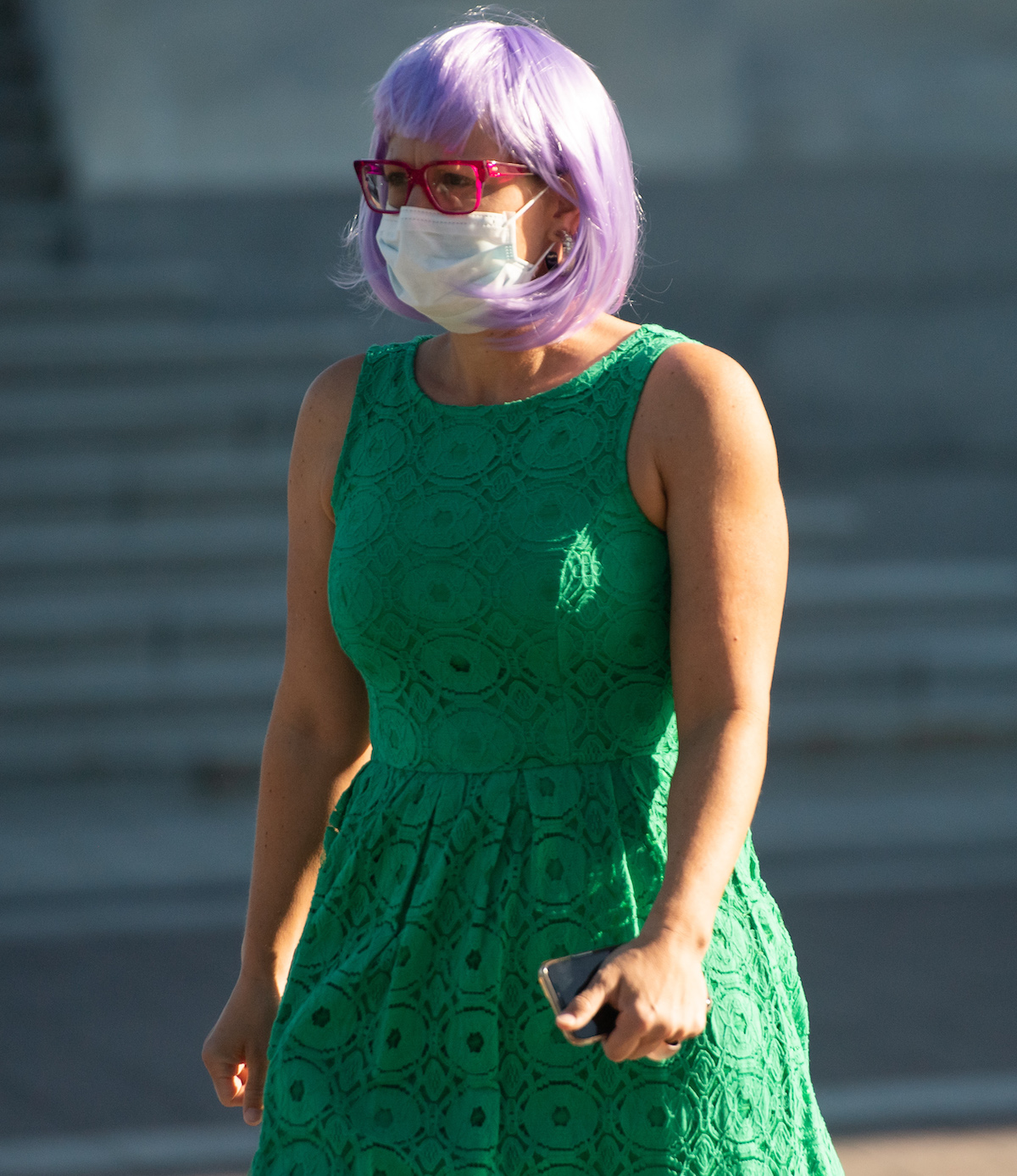 We have reached out to Sinema’s communications director, Hannah Hurley, to find out just what inspired this stunning change, but have yet to hear back.

Will keep you posted and let you know as soon as we do.

‘Dragon Of Death’ Found In Argentina