The announcement, posted on the network’s Tumblr, promises a “two-hour broadcast special and eight-part podcast on Jeffrey Epstein and the powerful story of the women who survived his crimes and fought back to reclaim their lives.”

More from the network’s announcement:

The accusers open up with emotional accounts of the abuse they endured, their resilience, strength and life now. The ABC News special features material from a 2003 interview in which Epstein discusses his life; deposition tapes of Epstein and his alleged co-conspirators; police interviews with the young girls; and their personal reactions today to seeing Epstein appear in court last summer. “Truth and Lies: Jeffrey Epstein” dives into Epstein’s life and background, raising questions and uncovering details about how he made his money; his relationships with many notable individuals; his decades of sexually abusing young girls, including emotional accounts from two sisters about how he manipulated them; and the federal sex trafficking charges he faced before he died.

The special report will air on Thursday, January 9, from 9-11PM ET.

News of the documentary should come as no surprise to Infowars readers.

Last Tuesday we reported on the upcoming broadcast after Project Veritas published a photo leak from an ABC News insider revealing the report’s time slot early next year.

??? Is this for real??? Please let it be!! Thank you once again @JamesOKeefeIII keep exposing the monsters for who they are!! I need all the backing I can get!! 🦋 https://t.co/ghi3GCKlAu

ABC was undoubtedly forced to air the report after Project Veritas published a leaked tape from an ABC News insider showing reporter Amy Robach discussing – shortly after his death in prison – how the network and the British royal family moved to quash a report she had spent months working on.

The FBI is now treating Jeffrey Epstein’s death as a criminal matter, according to Bureau of Prisons Director Kathleen Hawk Sawyer. 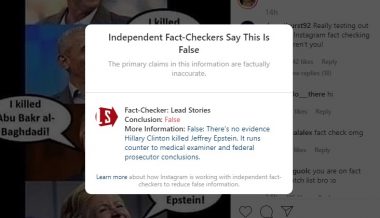 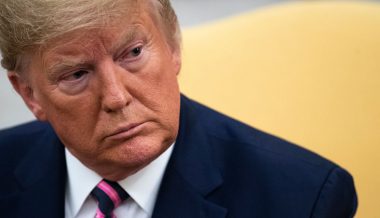