During a Friday speech at the Federalist Society’s dinner in Washington, Barr called out the “resistance,” accusing them of attacking the very foundations of America and the Constitution.

“Immediately after President Trump won the election, opponents inaugurated what they called the ‘resistance’ and they rallied around an explicit strategy of using every tool and maneuver to sabotage the functioning of the executive branch and his administration,’ the Attorney General said.

AG Bill Barr: “It is the left that is engaged in the systematic shredding of norms and undermining the rule of law.” pic.twitter.com/tX7pmHBhNK

“In waging a scorched-earth, no-holds-barred war of resistance against this administration, it is the left that is engaged in a systematic shredding of norms and undermining the rule of law.”

“The cost of this constant harassment is real,” he added.

Barr compared the left’s rhetoric to that of groups who attempt to overthrow governments using military force.

“Now resistance is the language used to describe insurgency against rule imposed by an occupying military power,” Barr said. “It obviously connotes that the government is not legitimate. This is a very dangerous and, indeed, incendiary notation to import into the politics of a democratic republic.”

“They essentially see themselves engaged in a war to cripple, by any means necessary, a duly elected government.”

Barr then defended Trump’s mandate to carry out his policy goals despite his nontraditional approach.

Barr’s remarks come amid the Democrats’ first week of impeachment hearings against Trump, where they’ve marched out several “witnesses” who testified they never actually witnessed any wrongdoing by the president.

Larry Nichols joins The Alex Jones Show to detail the intentions of the corrupt establishment to root out the will of the people. 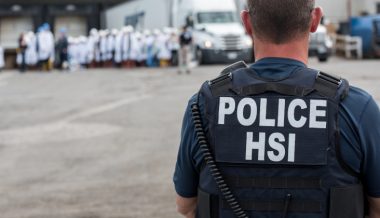 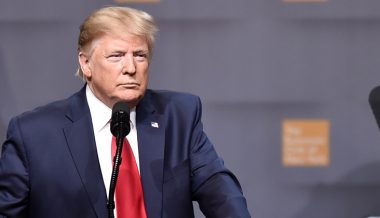