The mainstream media is finally reporting on something Alex Jones has been warning about for years: Big Tech is trying to bring the Chinese-style social credit score to the West which can be abused to block consumers from basic economic transactions if they hold opinions deemed “politically unacceptable” by multinational corporations.

“Have you heard about China’s social credit system? It’s a technology-enabled, surveillance-based nationwide program designed to nudge citizens toward better behavior,” reported Fast Company on Monday. “The ultimate goal is to ‘allow the trustworthy to roam everywhere under heaven while making it hard for the discredited to take a single step,’ according to the Chinese government.” 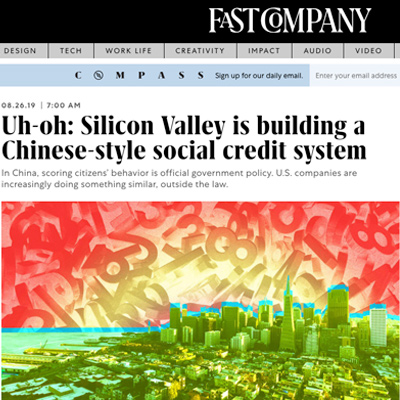 “In place since 2014, the social credit system is a work in progress that could evolve by next year into a single, nationwide point system for all Chinese citizens, akin to a financial credit score,” the article continues. “It aims to punish for transgressions that can include membership in or support for the Falun Gong or Tibetan Buddhism, failure to pay debts, excessive video gaming, criticizing the government, late payments, failing to sweep the sidewalk in front of your store or house, smoking or playing loud music on trains, jaywalking, and other actions deemed illegal or unacceptable by the Chinese government.”

The article goes on to lay out how Big Tech is building a parallel system, albeit one outside of law because it’s enforced by private companies that don’t respect individual rights and due process under the law.

In short, this isn’t anarcho-capitalism, it’s 1984-style corporatocracy in which consumers are booted from the service without any presumption of innocence or a legitimate pathway to appeal – it’s ‘no judge, no jury.’

Alex Jones was warning about this system coming to the West for years.

Here’s Jones talking about this last year, for example:

China’s largest social networks have partnered with the country’s Communist government to create a credit score system that will measure how obedient its citizens are, a chilling prospect that could one day arrive in America if social justice warriors get their way.

And here’s another video of Jones warning about this system coming to the West:

Sargon of Akkad and Owen Shroyer tear apart one of Forbes fake news articles about Alex Jones’ products at InfowarsStore.com. 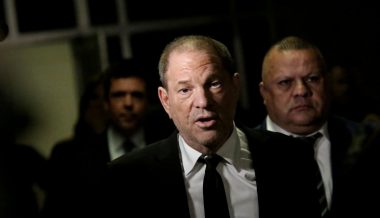