“Going forward, racial equity will be at the center of every decision that the school division will make,” the “Equity for All” Strategic Plan page reads. To that end, it appears, ACPS has created pages both for parents and teachers to provide the resources to properly indoctrinate children with the racist ideology — one, as Breitbart News has reported, that tells black students that their lives do not matter and they are inherently “oppressed,” while simultaneously telling white students that they must either act or be deemed responsible for the purported “oppression.”

Apparently motivated by the 2020 killing of George Floyd by Minneapolis Police Offer Derek Chauvin, ACPS asks parents to “assess where you may have some gaps in information, such as the history of race in the U.S.” 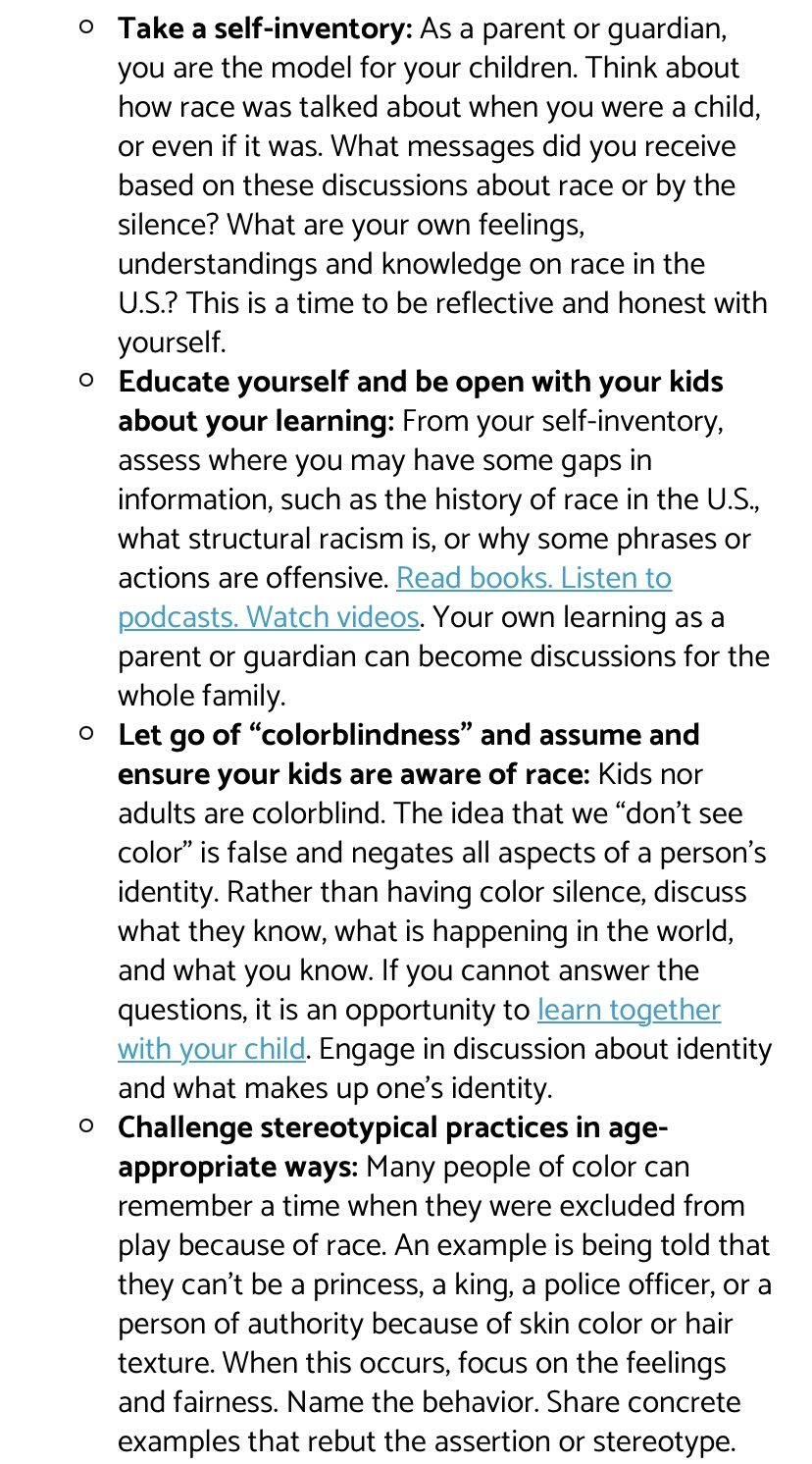 The school system, however, also recommends that its teachers listen to the widely-debunked fake history of the “1619 Project,” so it is apparent that the school system is advocating for persons to fill the “gaps in information” with nonsense.

“Let go of ‘colorblindness’ and assume and ensure your kids are aware of race,” the parents’ guide continues, referencing the idea of “colorblindness” that assumes individuals are capable of existing without regard for a person’s race one way or the other. “The idea that ‘we don’t see color’ is false and negates all aspects of a person’s identity.”

Critical race theorists seek to create an activist class, hoping to instill such motivations from a very young age. True to orthodoxy, and in a characteristically self-serving way, ACPS asks parents to “Be proactive,” and “Encourage your school community to support and infuse equity and fairness into the pedagogy and curriculum,” 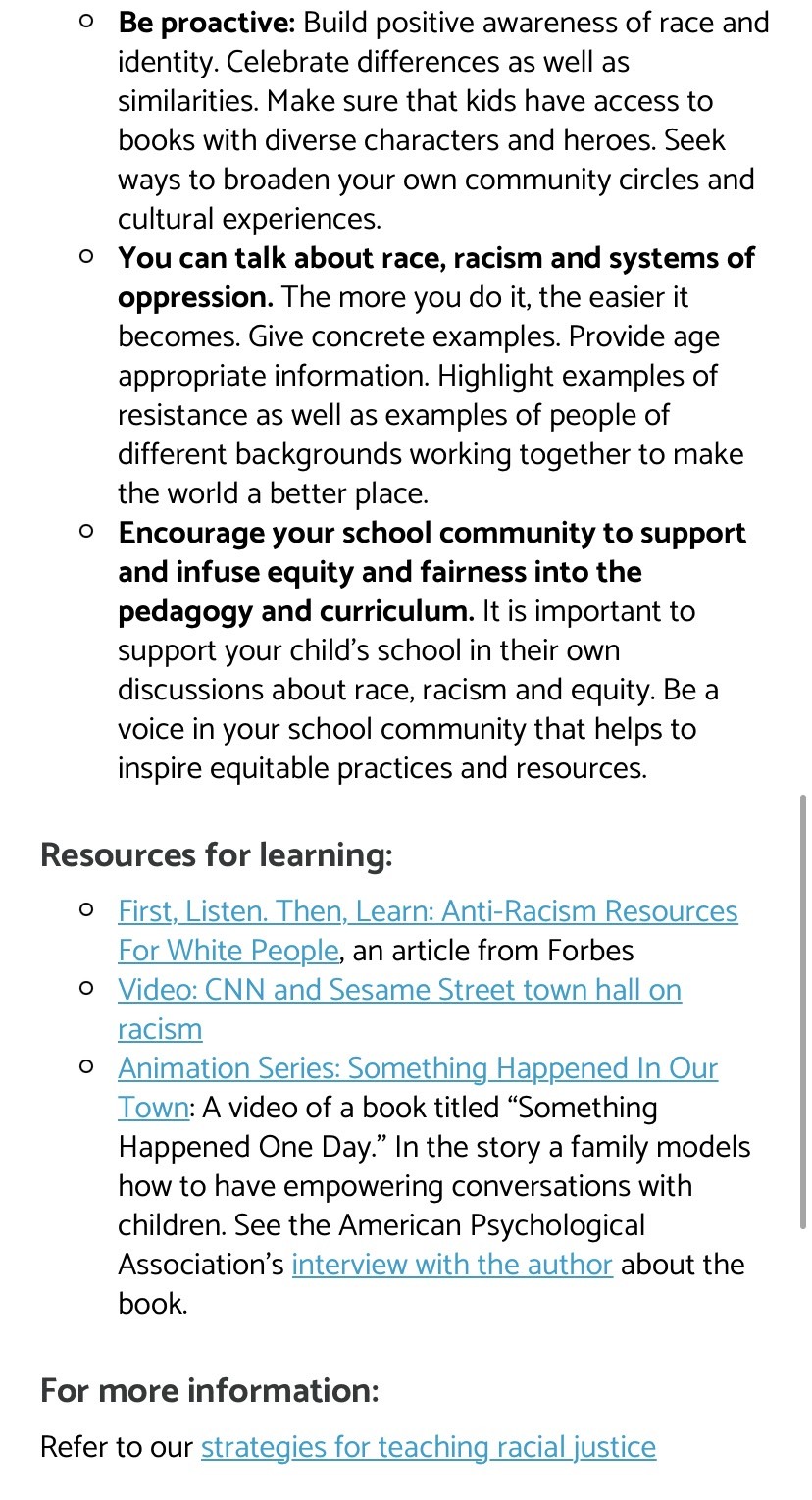 While the parents’ guide is not accessible to the public, the recommended resources on the teachers’ guide may shed some light on the kind of messaging the school system wants ingrained in children’s’ heads.

Indeed, the teachers’ guide features as recommendations podcasts such as the “1619 Project’”and “Teaching While White,” which, according to their website seeks to tackle the issues that arise from the fact that “More than 80% of teachers in the U.S. are white. But most don’t know that their whiteness matters.” According to the podcast, “‘white’ does not mean a blank slate. It is a set of assumptions that is the baseline from which everything is judged; it is what passes for normal.”

“Yes, educators who are people of color feel the ever-present pain, weight, and torment of racism and need therapy, too, but White teachers have a different task: Many must first win the fight regarding racism within themselves,” she said, asserting that the “whiteness in education” needs “undoing” in part through the work of school therapists.

“Thus, we need therapists who specialize in the healing of teachers and the undoing of whiteness in education. We need school therapists and counselors who are trained to help White educators and students process their emotions and their fragility,” she added.

In another ACPS recommendation, “Animation Series: Something Happened in Our Town,” a book and video series which includes content like “cops stick up for each other and they don’t like black men,” also says, while one of the characters is talking about a fictional police shooting of an unarmed black person, that, “I could get stopped by the police just because I’m black, even if I don’t do anything wrong.”

“What if it was a white man in the car?” another character asks, “Would the police have shot him?” The father character replied that “They probably wouldn’t have even stopped the car.” Agreeing, the mother character added, “Sometimes white people are treated better than black people.”

I was someone who spoke up for, you know, my classmates, and spoke up for myself. Never had a problem doing that. It actually used to get me in trouble quite often with some of my teachers, uh, because I would talk back, quite often.

In his opening message for the 2021 school year, Hutchings also said, “We are mindful of how long it has been since many of us have been in a school facility due to the ongoing dual-pandemic of COVID-19 and systemic racism.” 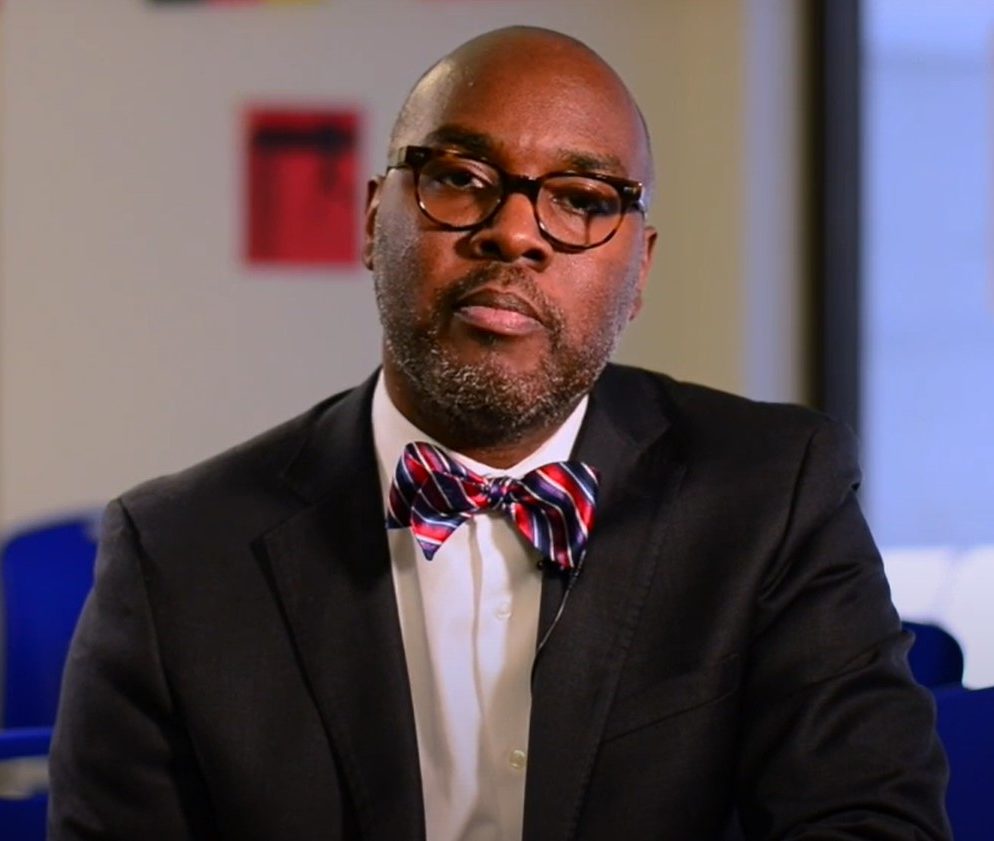 One fond memory Hutchings says he has from high school was asking people to sign a petition to get him into honors classes, not because he was barred from taking them for any unjust reasons, but because Hutchings “felt that [he] deserved to be in honors classes, and at that time, we had requirements where you needed to have a certain test score and a certain [grade point average] to be eligible to take these honors courses, and I didn’t meet those requirements.”

“I knew that my voice was power,” he concluded.

Many have dubbed Virginia “ground zero” for the nationwide fight over the radical racial indoctrination scheme Critical Race Theory, which is permeating public schools. While some Virginia school districts, such as Russell County, have decided against pursuing such a radical political agenda others, like Loudoun, Albemarle, Alexandria, and Fairfax, appear to have decided to go full steam ahead.