A dual-citizen residing in Alabama was arrested Monday by the FBI, after a 4-year-long terrorism probe, following a statement the man made about killing U.S. soldiers.

Nayef Qashou — holding both U.S. and Jordanian citizenship — was charged with lying to the FBI and destroying records. Qashou reportedly used a series of encrypted phone apps to communicate with radical Islamic terrorists who wanted him to carry out attacks, and he referred to ISIS’s role in the war against the U.S. as “humanitarian,” according to an Associated Press report.

The FBI claims the Jordanian citizen told them he would execute a U.S. soldier if ordered to do so by ISIS.  He also added that he would, “drive fuel trucks, feed troops, and use a gun to defend against U.S.-led attacks against ISIS.” 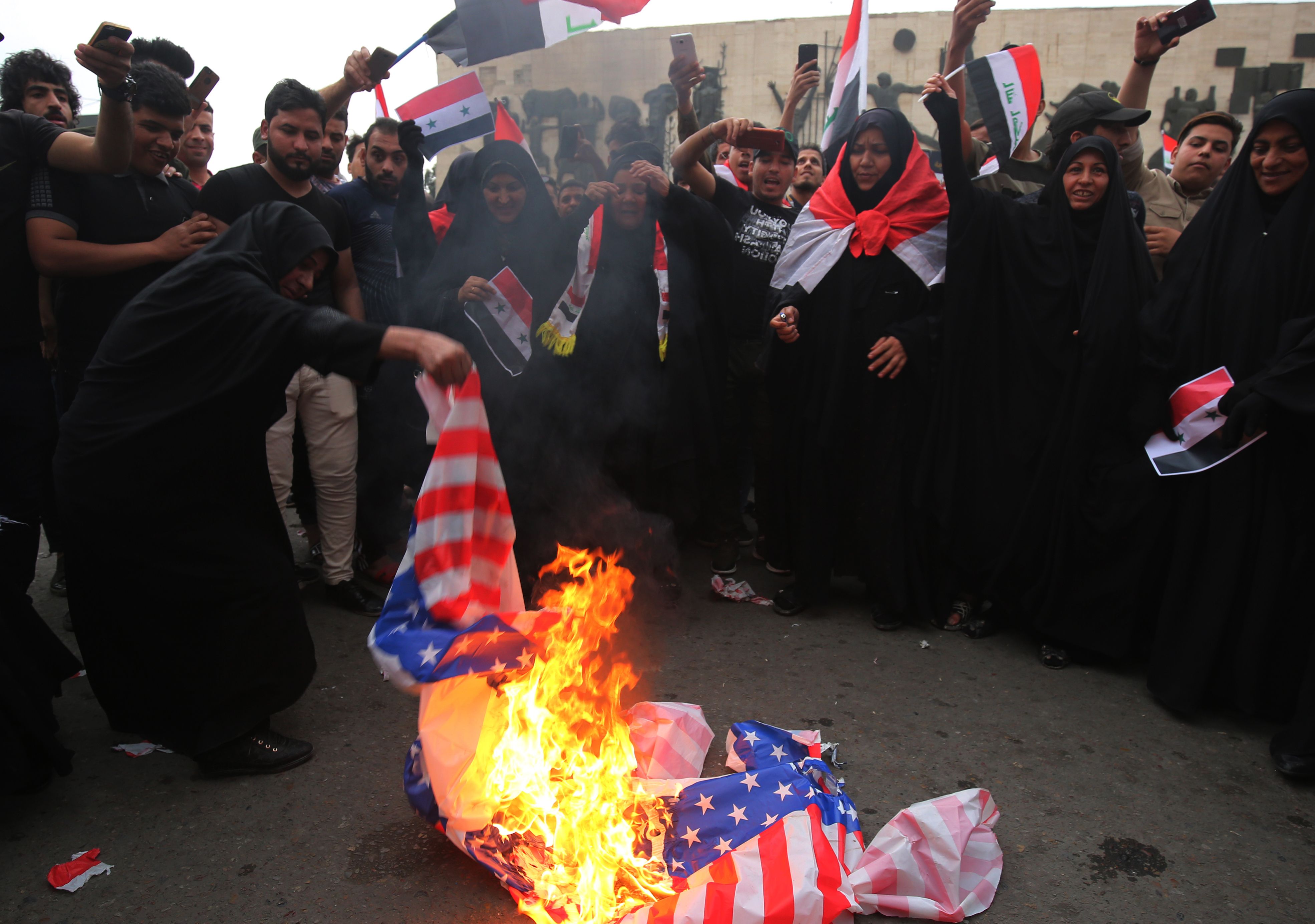 Iraqi protestors burn a US flag during a demonstration in Baghdad on April 15, 2018, opposing the joint Western air strikes against Syria’s regime. (Photo by AHMAD AL-RUBAYE / AFP / GETTY IMAGES)

Qashou came to America in 2015 via the Atlanta airport, hoping to study nursing at an Alabama Community College. The FBI tracked his movements and interviewed him over a dozen times throughout a 4-year-period, The AP reports.

Investigators documented one interview in which he insisted the Boston Marathon bomber was innocent. (RELATED: European Nations Won’t Sanction Iran Yet For Violating Nuclear Deal)

“…it was his duty as a Muslim to inform the interviewing agents that he thinks the Boston Marathon bomber, Dzhokhar Tsarnaev, is innocent and the FBI should reopen the case to examine all the evidence,” FBI records reveal.

Qashou is reportedly being held at a Montgomery facility.