The man who wants to save America from coronavirus struggled mightily Friday evening with cameras, computers, and microphones.

Due to the restrictions on crowds because of coronavirus, Joe Biden scheduled a “virtual town hall” in Illinois on Friday at 4:00 p.m. Central.

When Breitbart News tuned in, Illinois Sen. Tammy Duckworth was fiddling with her camera phone, at one moment setting it on the table pointed straight up at the ceiling so America could see her light fixture.

A short time later, the text “Senator Dick Durbin” appeared on the otherwise black screen, accompanied by the wails of a baby in the background.

At 6:19, a moderator announced Durbin, who wasn’t visible. He introduced Biden, who appeared before American and Illinois flags.

Biden began speaking, but there was no audio. Then suddenly, Durbin appeared in a separate screen holding a small child. 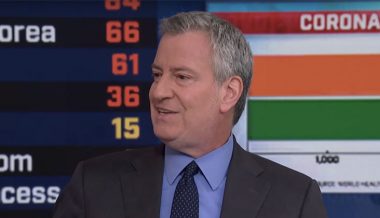 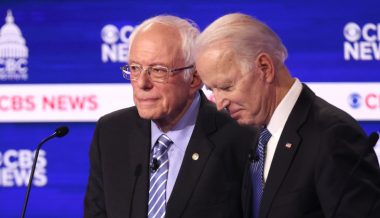