A 19-state coalition urged Congress to reject a proposed methane fee that would punish producers as energy prices continue to surge.

The legislation would cost consumers $14.4 billion and could jeopardize up to 155,000 jobs, the states led by West Virginia wrote in a letter to Senate leaders Thursday, citing a study from the American Petroleum Institute. It was first introduced in the Methane Emissions Reduction Act — unveiled by Democratic Sen. Sheldon Whitehouse in March — which proposed to charge oil and gas suppliers $1,800 per metric ton of methane emitted beyond a certain threshold.

A similar fee, reduced to $1,500 per metric ton, was included in Democrats’ sweeping reconciliation package making its way through the House. The fee would be applied to emissions of a set intensity and to facilities that produce more than 25,000 metric tons of greenhouse gas emissions per year.

“The proposed tax is neither necessary nor appropriate,” the states’ attorneys general wrote. “We support reasonable and lawful measures to reduce methane emissions. But a de facto tax administered through an onerous administrative regime is not that.”

“We urge you to reject any methane tax and save American energy consumers from ever more painful price increases,” they continued. (RELATED: ‘We’re Off Track’: Here’s How Republicans Plan To Move The Needle On Climate Change) 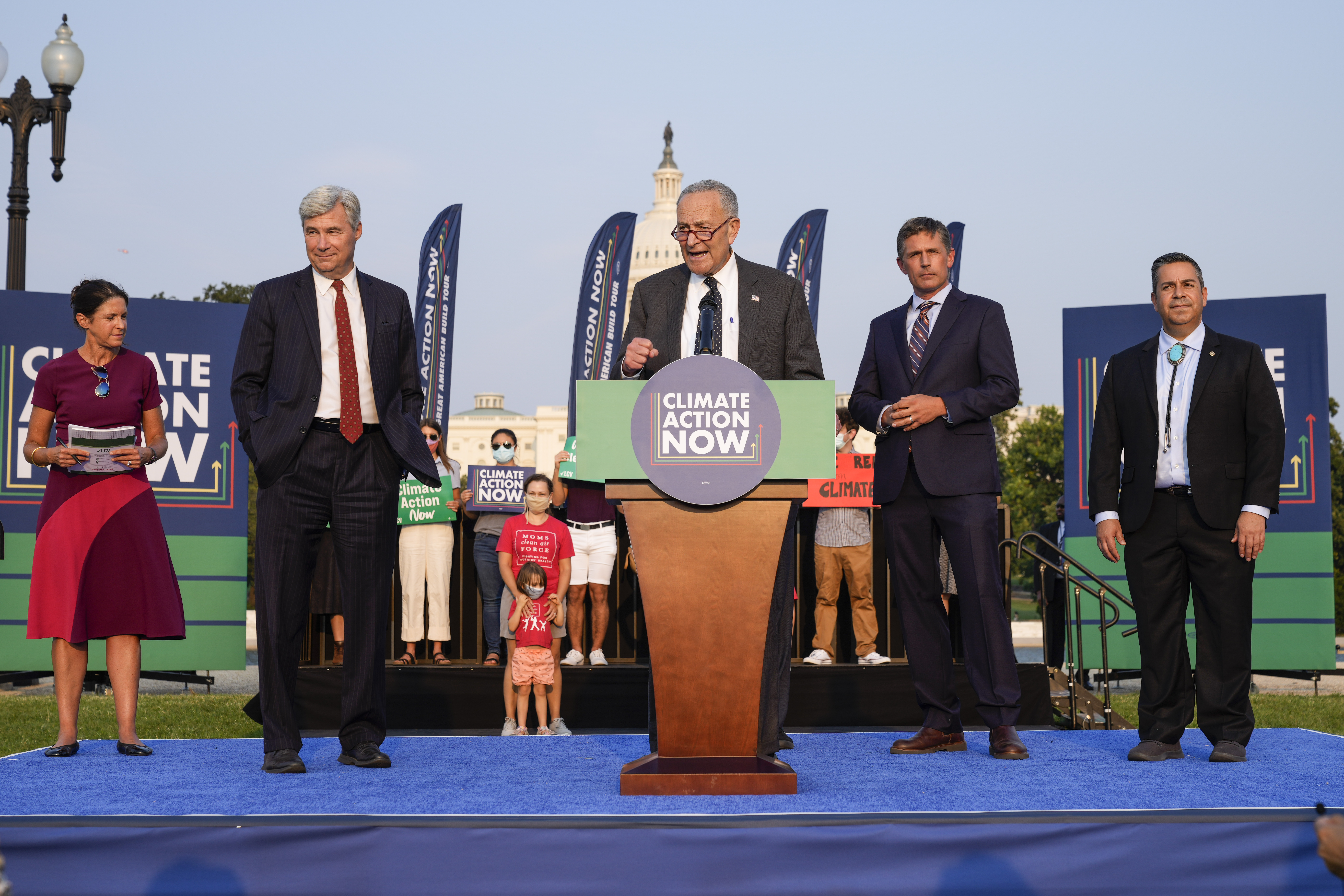 The attorneys general implored the leaders to focus on encouraging affordable energy solutions rather than policies that could threaten American jobs and increase consumer costs.

U.S. heating costs are expected to jump as much as 54% this winter, according to a report Wednesday from the Energy Information Administration. The average price of gasoline increased to $3.30 per gallon Thursday, a more than 50% jump year-over-year, AAA data showed.

“These soaring prices will add to the steep amounts—the highest since 2014—that Americans are paying at the pump,” the attorneys general stated. “And all these price jumps come after a COVID-19 pandemic that caused utility arrearages to reach record levels. In short, Americans are hurting.”

The letter was addressed to the Democratic and Republican leaders on the Senate Environment and Energy Committees.

Dozens of oil and gas industry groups, including the American Petroleum Institute, Independent Petroleum Association of America and American Gas Association (AGA), all lined up against the proposed methane fee. The provision would “raise costs for customers, creating a burden that will fall most heavily on lower-income Americans,” the AGA wrote in a letter signed by nearly 30 other groups.