“Trumpism without Trump” is what America needs in four years, said conservative author Ann Coulter during a lecture at the University of Texas at Austin on Thursday night hosted by the university’s Young Conservatives of Texas.

In a wide-ranging speech that reached far beyond the event’s proposed topic of immigration, the political commentator explained to a socially-distanced crowd of 97 people why she believes the 2020 U.S. presidential election has produced “the best of all possible outcomes” for conservatives.

“The reason I’m very happy that [President] Trump lost – and lost narrowly – is that a second term of Trump would have killed us,” Coulter said.

“What we want, and what I think we can get in four years, is Trumpism without Trump,” she said.

We had a great time (and full COVID compliant turnout) at our @AnnCoulter event last night. Thank you @LeadershipInst for helping us make this happen! pic.twitter.com/VWoiqXZ7Uz

Coulter defined “Trumpism” as America taking care of its own people first.

“The left behind, the working class, the middle class — they want jobs, they want safe neighborhoods. They don’t want to have to keep paying taxes for English as a Second Language classes and to pay for emergency rooms with a lot of illegal immigrants coming in with many … health problems,” she said.

“We have to take care of our own first. That’s Trumpism. And it hasn’t been tried. It certainly hasn’t triumphed,” Coulter opined.

“[W]ith Trump … He’d say these wild things that we’d get blamed for, he’d get attacked on, and then actually did nothing,” she explained.

“Talking about it isn’t the same as doing it,” Coulter pointed out. “Much like as he tweeted out, ‘Law and Order,’ and yet cities are still burning across the nation. [He] didn’t do anything about it. It’s like he didn’t know he was president.”

“So, I think the Republicans’ position [in the next four years] has to be: This is the new Republican Party. It will be Trumpism, but we’re getting rid of the eight-year-old,” Coulter proposed.

Republicans should remain focused on populist issues, she advised, “But we’re going to have someone who speaks well, who is articulate, who hates the media, hates political correctness.”

“It’ll be a lot easier to push Trumpism without Trump,” Coulter predicted.

“I’m glad he lost,” she continued. “I’m glad it was very, very narrow. And I’m glad we seem to have held the Senate. … And we have definitely held the House [of Representatives]. That means they [Democrats] couldn’t do anything terrible.”

“My friends in California were warning me when I was totally, totally on the Trump bandwagon, actually in 2015, after he announced [his candidacy for president]. In California they were all saying, ‘Ann, he’s gonna be like Arnold Schwarzenegger. He talks a good game, he’ll get in, he’ll become a liberal,’” Coulter recalled.

She speculated that a Trump second term would have been “even worse” than the former California governor’s.

“This would’ve been Arnold Schwarzenegger’s second term, except even worse,” she said. “Jared Kushner would be out releasing criminals, passing the amnesty … It would have been an unmitigated disaster, and we’d never be able to get the MAGA agenda back.”

“Trumpism without Trump — that is the winning formula,” she concluded. 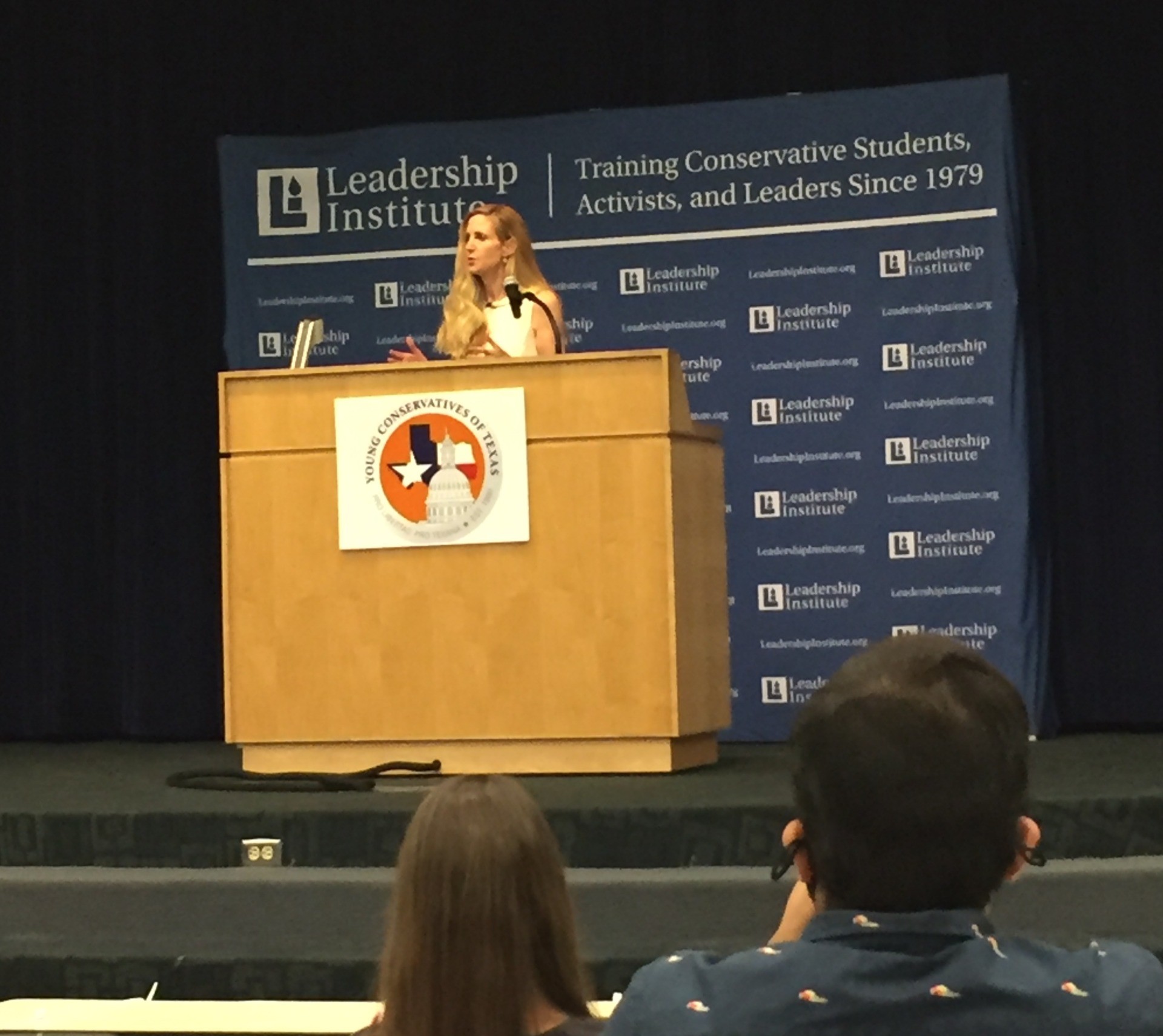 During the event’s Q&A section, Coulter further addressed the 2020 election.

“I do want to point out to Republicans: Getting your Hispanic vote up, getting your African-American vote up, glad to hear it, but unless it’s more than 50 percent, you’re still losing. The reason Trump lost was, he completely gave up on the white vote. Every single demographic voted more for Trump this time, percentage-wise, than in 2016,” she said.

“The one group that … gave a smaller percentage of their vote to Trump was white men. And whom did he totally ignore, totally ignore, following the advice of Jared Kushner, to play identity politics?” Coulter asked pointedly.

Elsewhere during the Q&A, Coulter pivoted from domestic politics to explore U.S. foreign policy under a theoretical Joe Biden administration.

One attendee asked Coulter, “You’ve expressed optimism about a GOP Senate’s ability to block the most radical portions of the Democrats’ domestic agenda, including amnesty and court-packing. But what about foreign policy? Are you concerned that a resurgent Deep State, with a weak executive Biden, will start new conflicts that could cost American lives and treasure, and even provoke Russia into a larger war?”

“Yes, I am worried,” she responded. “I mean that’s part of the three-legged stool that were Trump’s populist and popular issues: bring manufacturing back (i.e. end job-killing trade deals); immigration, to the extent it helps the people who already live here; and no more stupid overseas wars.”

“These forever wars, we are worn down. This is how [Vladimir] Lenin appealed to people in the Russian Revolution. People were sick of wars. Even a war worth fighting, we’re sick of it now. Can we get back to caring about the American people for a while? That’s what Trump promised. We just need someone to fulfill it,” Coulter said.

She also speculated about the shape of the U.S. political landscape over the next few years and what an intra-party struggle between various Republican factions will look like post-2020.

“It’s going to come down to the establishment Republicans and the populist, Trumpian Republicans,” she predicted.

Coulter said the populist wing of the Republican Party can beat the establishment and win back the White House in four years “as long as we have a legitimate Trumpian Republican, who’s halfway articulate, and I think a little bit macho.”

She offered Florida’s Republican Gov. Ron DeSantis as a potential candidate who fits this mold and “seems to be a very good populist governor.”

“As long as we can run someone half believable with the Trump issues, the establishment Republicans don’t have a chance,” Coulter said confidently.

An attendee of Coulter’s UT speech on Thursday told Breitbart News anonymously that Coulter’s talk was the first conservative event he has participated in, explaining that he chose to hear her speak out of curiosity. The man said he is interested in learning more about the topics she addressed in her speech, especially the U.S.’s immigration policies. He added that he was pleasantly surprised by Coulter and the amiability of fellow attendees, a number of whom gathered outside the university lecture hall after the event to exchange opinions about the speech and discuss conservative politics.

“Conservatives are more friendly than they’re given credit for [in the mainstream media],” he said.