Anti-police activists and protestors continually interrupted and a Greenwich Village community board meeting Wednesday, according to the New York Post.

The meeting was called to discuss the potential need for greater action from law enforcement in cracking down on out-of -control parties in Washington Square Park, according to The New York Post.

The parties have angered residents of the area who have complained about deteriorating quality of life conditions which lead to implementing a  a 10 pm curfew in the park. Enforcement of the curfew often resulted in violent clashes between police and offenders, many times leaving officers injured and wounded, according to the New York Post. (RELATED: Rising Crime Forces Liberals To Reckon With Their Stance On The Police) 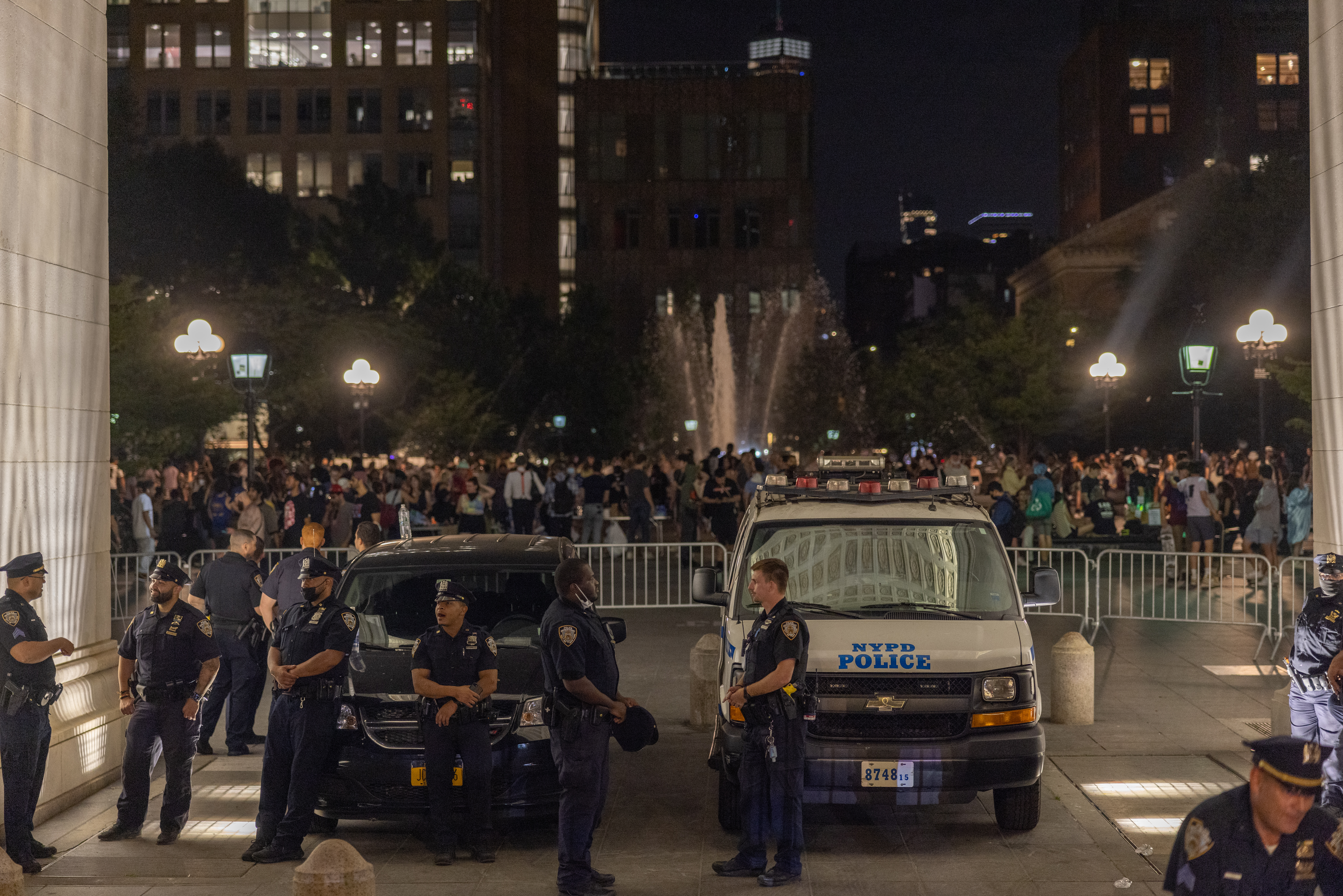 NEW YORK, NY – JUNE 18: Police set up a perimeter beneath the archway of Washington Square Park on June 18, 2021 in New York City. The gatherings in the park have drawn numerous complaints from the community and led to multiple nights of arrests. (Photo by Alex Kent/Getty Images)

Many of the meeting participants protested NYPD’s actions, accusing officers of targeting minorities and utilizing excessive tactics to enforce the curfew. Protesters called NYPD Capt. Stephen Spataro, the commanding officer of the 6th Precinct, a “racist piece of sh*t” and said he should “go to hell,” according to The New York Post. (RELATED: Anti-Police Protesters Disrupt Memorial For Victims Of Gun Violence)

Spataro insisted that crime and vandalism have decreased since July 1 in the park due to an influx of police whose presence “deters” crime and makes people “feel safe.”

“[W]e’re there just to make everyone feel safe, but we will [make] arrests when need be. Our goal is that our presence there will deter any issues,” Spataro told attendees.

“The captain speaking about the presence of the police, as if this is something that makes everyone feel safe,” Gia Lisa Krahne, director of art and theatre business Alchemical Studios, said during the meeting.

Krahne also said she was “brutally arrested” by police on June 5.

“But they are having a hundred police out there from after 8:30 p.m. many times on militarized bicycles. On June 5, I was the first person brutally arrested. I was not there to protest. It was 10:05 p.m., and five men pulled me forward, and threw me facedown on the ground, and bloodied my friend that was next to me while I was walking backwards,” Krahne said, according to the Post.

Spataro said that people were warned multiple times that they could be arrested if they didn’t respect the curfew. The police captain also said that several police officers were attacked in the past few months, according to the New York Post.

During the meeting, David “Shaman” Ortiz reportedly said he was the one that started the partying and boxing matches in Washington Square Park.

“What we do is we amplify the sound and the communication of the community that’s already been there in Washington Square Park for forever,” he said, according to the Post.

Ortiz reportedly charged a table that panel members were sitting at and yelled at the officials.

“I know I’m out of turn, according to the Bluebook rules, but I just found what you did to be very intimidating, coming straight at me. I did not appreciate that and I thought it was incredibly rude and intimidating and I just wanted you to know that,” Parks and Waterfront committee member Georgia Silvera Seamans said, according to the Post, after Ortiz yelled and ran up to the members.

Report: DOJ Approaches January 6 Committee to Use Transcripts in Prosecutions

Exclusive — Sen. Rand Paul: Congress Has to Borrow from China to Send $40 Billion in Aid to Ukraine