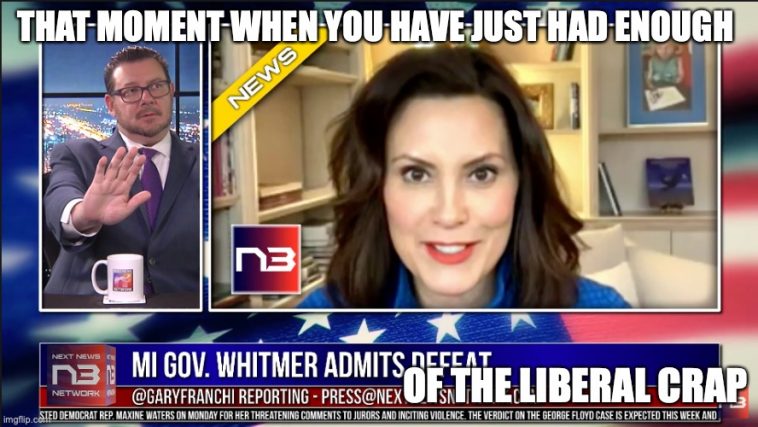 So, America, it has been almost four months. How is life under President We-Don’t-Really-Know-Who-Is-in-Charge?

Gary Franchi, the owner and anchor of the Next News Network, one of the better alternative news sites, appeared to reach his limit during his video broadcast about the propaganda tactics employed by embattled Michigan Governor, Gretchen Whitmer. While his analysis of what Governor Whitmer is doing is spot on as usual, Mr. Franchi basically popped with his own frustration about the fact that this kind of thing is now the new normal in America.

Who can blame him? It appears that this level of frustration is growing, too. It cannot reach a boiling point soon enough.

We lost a LOT when the 2020 election was manipulated and fraudulently awarded to the imposter and the ghost currently holding the highest posts in government service in our land.

One can only hope that Mr. Franchi’s frustration finds itself in at least seventy-five or eighty-million more American families. It is quite likely that it will, though the Left is sure to use all their comfy-blanket propaganda to try to keep us all in line.

There’s nothing to see here, folks. Everything is great!

REVIEW: Taylor Sheridan’s New Movie ‘Those Who Wish Me Dead’ Is...