The Senate Judiciary Committee held confirmation hearings for five of President Donald Trump’s judicial nominees Wednesday, even as news of the president’s prospective impeachment subsumed much of Washington.

Wednesday’s orderly proceedings were mostly uneventful, a marked contrast with the political posturing and fervid speculation that attended the White House’s release of a detailed readout of Trump’s call with Ukrainian President Volodymyr Zelensky.

Neither Hunsaker nor Nardini attracted obvious opposition from Democrats. Trump nominated Hunsaker for an Oregon seat on the 9th U.S. Circuit Court of Appeals. A bipartisan selection committee recommended Hunsaker and three other candidates to Oregon Democratic Sens. Ron Wyden and Jeff Merkley, who in turn sent the list to the White House. The lawmakers cautioned that they were not endorsing any particular candidate.

Hunsaker was an attorney in private practice prior to her appointment to the Washington County Circuit Court and clerked for 9th Circuit Judge Diarmuid O’Scannlain, who she would succeed if confirmed. She spoke highly of O’Scannlain, a conservative standout on the left-leaning 9th Circuit.

“Judge O’Scannlain is someone that I admire a great deal,” Hunsaker said. “I admired him before I ever graduated from law school. Serving as his law clerk was a highlight for me in my life and the prospect of trying to fill his shoes is daunting.”

A member of the Federalist Society, she told lawmakers that she identifies as a textualist.

“I consider myself a textualist,” Hunsaker said. “I think that a judge’s role is to apply the law as written by the political bodies.”

Nardini, a nominee for a Connecticut seat on the 2nd U.S. Circuit Court of Appeals, similarly identified with textualism and originalism. He is a longtime federal prosecutor who served tours at the U.S. embassy in Rome and on a federal task force that investigated James Joseph “Whitey” Bulger and the Winter Hill gang. He clerked on the Supreme Court for retired Justice Sandra Day O’Connor.

Connecticut Democratic Sens. Richard Blumenthal and Chris Murphy commended his longstanding ties to the state’s legal community after his nomination, though stopped short of explicitly supporting him. Blumenthal, who sits on the Judiciary Committee, introduced Nardini at Wednesday’s hearing.

The only nominee to draw Democrat ire was Pitlyk, a nominee for the federal trial court in eastern Missouri. A graduate of Yale Law School, Pitlyk is an attorney for the Thomas More Society, which self-describes as a “national public interest law firm dedicated to restoring respect in law for life, family, and religious liberty.” Before her nomination she did legal work on behalf of pro-life causes, represented activist David Daleiden, who produced a documentaries series on Planned Parenthood, and clerked on the U.S. Court of Appeals for the District of Columbia Circuit for then-Judge Brett Kavanaugh. (RELATED: President Trump Has Made Some Real Progress Changing The 9th Circuit) 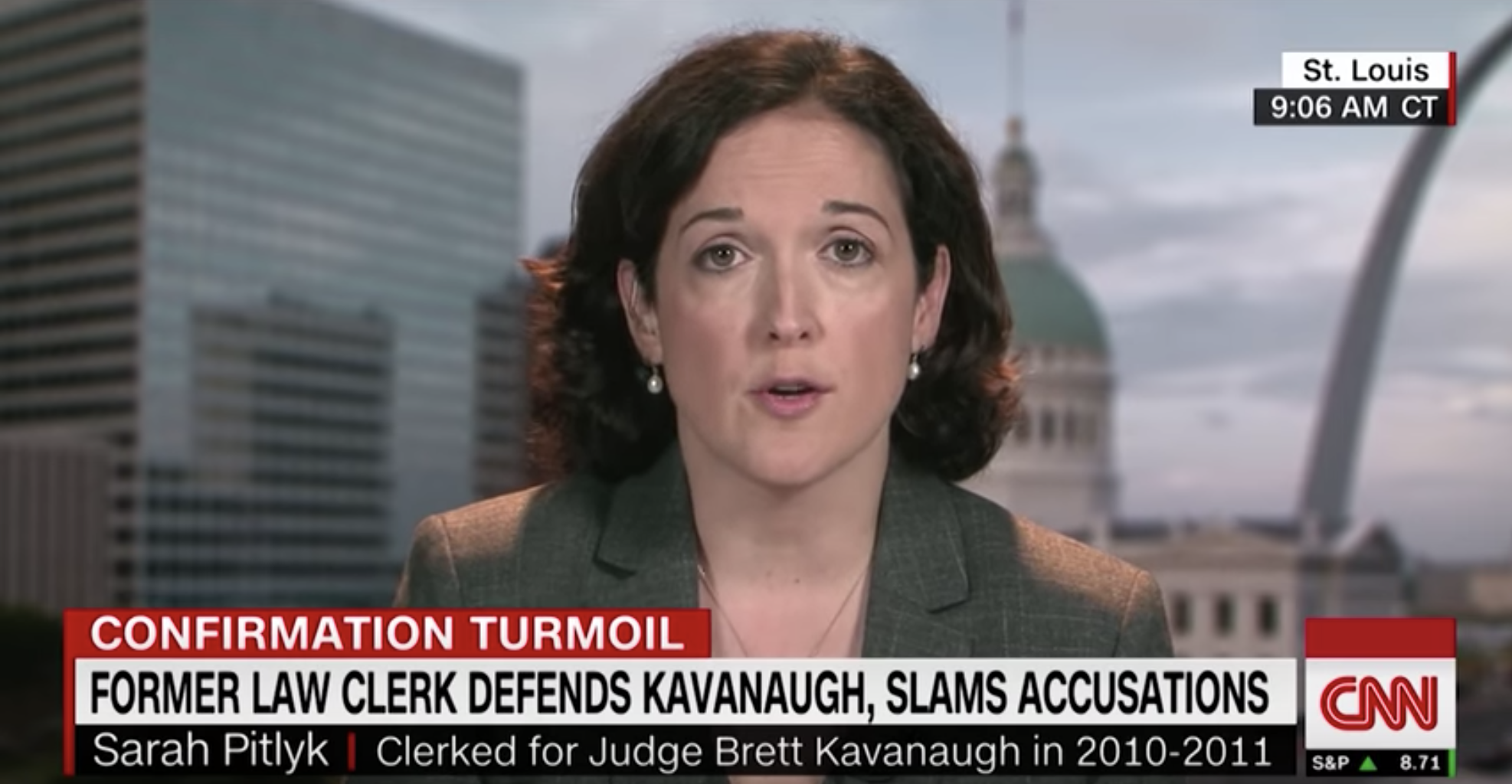 Democrats pressed Pitlyk on her long association with the pro-life movement.

“Why do you want a job that compels you to put those views aside and in fact perhaps rule opposite to what you view as a matter of conscience?” Blumenthal asked.

Quoting Justice Neil Gorsuch, Pitlyk replied that a judge who fully agrees with every ruling they issue isn’t a very good judge.

The American Bar Association (ABA), which produces evaluations of federal judiciary nominees, rated Pitlyk “not qualified” for a federal judgeship.

“I’m troubled for what they have done,” Hawley said of the ABA report. “Their recommendation, their evaluation of you is hard to fathom. And I have to say I do think it reflects a bias.”

In a letter to the committee, the ABA said its conclusions were based on Pitlyk’s lack of courtroom experience. The letter acknowledges Pitlyk’s experience briefing complex questions in legal filings, but notes she has never tried a case and that her professional experience “has a very substantial gap.”

“The judicial system, the public, the trial bar, and the nominee are not well served by appointing to the bench a lawyer who, despite great intelligence, high character, and experience researching and writing briefs, lacks adequate trial court or equivalent experience,” the letter reads.

“The resume of a working mom many times does look a little bit different than the resume of a gentleman who is well qualified and is their peer and equal,” Blackburn said.