Since President Donald Trump won in 2016, people were led to believe that the Trump administration would be one of the most pro-gun administrations ever.

However, a bump stock ban courtesy of the ATF and the passage of Fix-NICS legislation has disappointed gun owners who believed Trump would make at least some marginal pro-gun reforms. To Trump’s credit, he is reportedly resisting the temptation of pushing “red flag” gun confiscation legislation — for the time being.

Not surprisingly, the real progress has been at lower levels of government, where local activists and policymakers have managed to expand laissez faire on the matter of private self defense. For starters, constitutional carry has had unexpected success in 2019, with states like Oklahoma , South Dakota , and Kentucky making it law in their respective jurisdictions. This continues a decades-long trend in which state governments have scaled back gun regulations.

Even more interesting are the county nullification efforts taking place across the country. What started out as Second Amendment Preservation Ordinances in rural Oregon counties tired of gun control coming from Salem, has turned into a nationwide movement of local government officials and their supporters. From Oregon to Rhode Island , counties and municipalities have announced they will not enforce various state and federal fun laws.

From the looks of it, it some of America’s smaller states with Democratic-controlled legislatures are witnessing a rural uprising. But it would be a mistake to believe only small and medium-sized states are joining in the gun control nullification fun. In fact, there is evidence these nullification movements are going beyond Democratic and Republican politics. States like California and Texas are joining in the fray by passing their own gun sanctuary resolutions. The small town of Needles, California got the ball rolling in July by becoming a gun rights sanctuary. California is already ranked at an abysmally low 46th place for “best states for gun owners” according to Guns & Ammo magazine . Considering its state politics, it makes more sense for gun owners to set up pro-self-defense enclaves in California’s rural areas.

Texas is also seeing an rising trend in support for gun sanctuaries. This is occurring as Texas is experiencing a changing political environment, where it may no longer be viable for bold pro-gun policies such as constitutional carry to be pursued at the state level. On top of that, an allegedly “pro-gun” Republican Lieutenant Governor Dan Patrick has entertained passing universal background check legislation.

Given these circumstances, Texas gun owners should throw in the towel, right?

Recognizing that the state and the federal government won’t save them, gun activists have taken to rural counties to stand up against gun control. Since the border county of Presidio became a Second Amendment sanctuary in July, several other counties such as Hood county and Parker County in North Texas have passed sanctuary resolutions. The passage of gun sanctuaries in Texas are not isolated incidents, and due to the deeply-rooted gun culture in the state’s rural areas, more rural counties will likely follow. Even states like North Carolina are witnessing counties within their jurisdiction take the initiative on nullifying gun control.

There’s no question this entire process is a mess. Having a patchwork of Second Amendment zones across the state looks chaotic. But it’s a politically mature appraisal of the changing political and demographic trends that makes conventional political tactics obsolete. After all, America is a massive country, with a diverse political environment from state to state, and even within localities.

In turn, political operatives will have to adapt. Importantly, localist action changes people’s mindsets from relying on centralized and universalism-minded public administration. Some activists are re-learning how decentralized political systems (i.e., confederations and other federal systems) are supposed to work. They’re supposed to allow for — and even institutionalize — local opposition to political efforts by the central government. After all, local control allows for different jurisdictions to enact the sorts of laws that local residents support — regardless of what some politicians at the national capital might think. 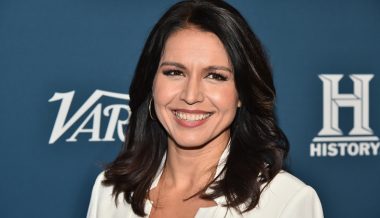