Even before the hammer blow of yesterday’s Supreme Court ruling, it was for many a damning indictment on Jeremy Corbyn and Labour, that in a time of such disarray and division in the (now minority) government, that they are still behind in the polls and showing no real signs of being able to beat Boris Johnson and the Tories in an election.

As Statista’s Martin Armstrong points out, this situation is now also underscored by historic survey analysis by Ipsos MORI. Going all the way back to 1977, there hasn’t been a leader of the opposition which has inspired so little confidence among the British public. 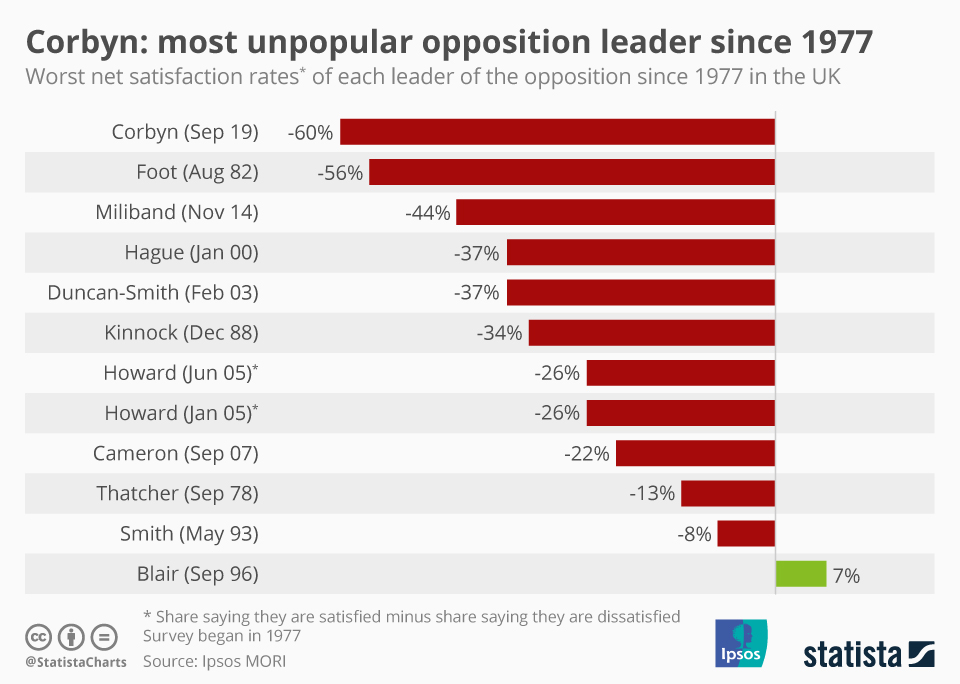 When comparing the lowest ‘net satisfaction rate’ (see infographic footnote for a definition) of all opposition leaders, Corbyn is, with his current minus 60 percent, the most unpopular in over 40 years. Michael Foot managed to sink to minus 56 percent when sitting across from Margaret Thatcher in August 1982, but otherwise, no other leader has come close to Corbyn’s September 2019 low.

Gavin Newsom and Entourage of 22 Democrats, Officials to Jet to Glasgow to Save Climate

Nigel Farage: ‘Marxist’ Educators Want White People to ‘Hate Themselves and Their Country’