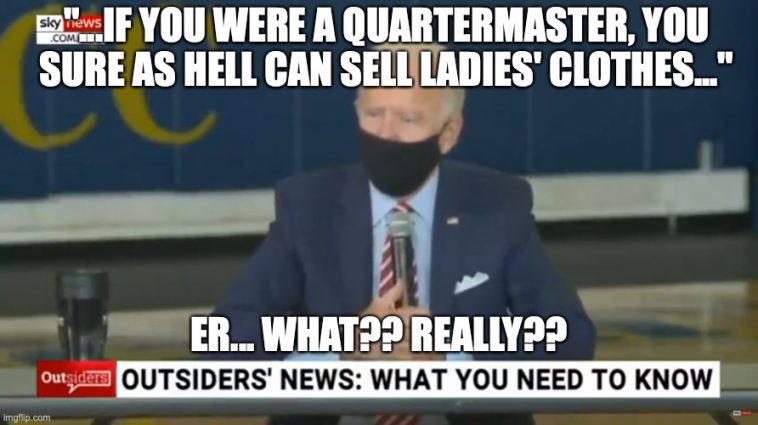 A new week begins, and after the big news that Justice Ruth Bader Ginsburg is no more, the train of funny and poignant REAL news is launched. The Sky News Australia program “Outsiders” featured quite an interesting video montage detailing the activity in the United States concerning the runup to the Presidential election this November.

The verdict of the three-member panel was pretty clear. This looks like Trump is dominating the campaign. By contrast, the day Justice Ginsburg passed, the Biden campaign simply announced a day off for their man.

A campaign like this is too weird to comprehend. But what is even more weird is the level of uncertainty there really is about the outcome of the election.

What does this mean?

It appears to mean that some Americans are so utterly ignorant of reality that they actually would vote for this really poor, poor man. It further appears that there are enough such Americans that they might succeed in getting this tired, worn out guy to actually reside at 1600 Pennsylvania Avenue, NW, Washington, DC 20500.

However, hope springs eternal that regular educated people still number in the majority in the US, whether they be Democrats or Republicans, and if this video montage below is representative of where the country really is, then this bears good news. Not conclusive news, but at least hopeful.