“It’s been a tremendous reversal of fortune…As the Democrats brought to this nation the impeachment hearing and especially to broadcast TV and cable nonstop, you know the ratings on FOX were off the charts,” Bannon said on Fox’s “Sunday Morning Futures.”

Bannon explained that the case Democrats were building in their closed-door hearings essentially collapsed once Republicans got the opportunity to cross examine their “witnesses.”

“And this is what the president said,” Bannon continued. “It’s not – his call was perfect, he’s making a very strong point…And as you saw these unelected bureaucrats, and I’m not questioning their patriotism, but as they went up day in and day out, under the withering cross examination by people like congressman Stefanik, nothing came of it.”

“Vanity Fair went into a Politico-Morning Consult poll and the numbers are stunning. I think by 3-to-1 independents don’t know why we’re doing this. Impeachment ranked last among their interests, even lower than the wall which is not high for independents.”

“Adam Schiff did the president a great service this week by having these hearings and letting people see what’s going on,” Bannon added.

The public impeachment hearings have concluded and Congress has recessed until early December for Thanksgiving break.

Alex Jones breaks down the spectacular fashion in which the impeachment fiasco is falling apart. 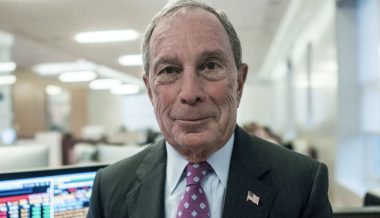