Republican Nebraska Sen. Ben Sasse predicted that Democrats will try and “throw crap at the wall” and “see what sticks” in order to discredit any forthcoming Supreme Court nominee.

President Donald Trump is set to unveil his nominee Saturday to replace the late Justice Ruth Bader Ginsburg on the Supreme Court, and Republican senators led by Senate Majority Leader Mitch McConnell appear to have enough votes, and time, to confirm that nominee before the election.

However, despite the fact that Democratic Rhode Island Sen. Sheldon Whitehouse has acknowledged the lack of a “triple secret procedural trick device” to stop a confirmation, Democrats are unlikely to go down without a fight.

Should Trump nominate Judge Amy Coney Barrett, Sasse predicted that Democrats may attempt to use anything about her life against her. 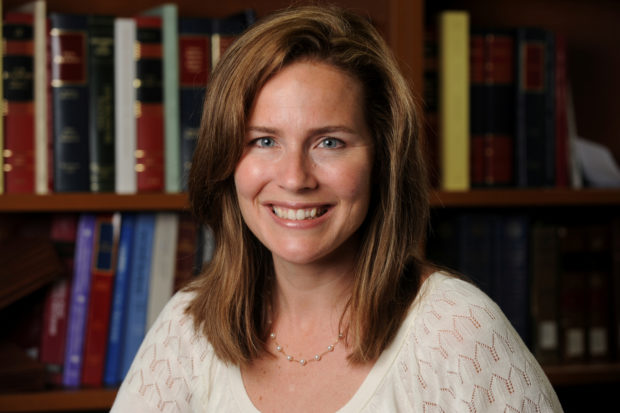 “The Democrats are going to highlight any issue, anywhere in American life, to try to say the kind of BS about Amy Barrett that they’ve tried to say,” Sasse told NBC News. “They’re going to throw crap at the wall, see what sticks and then make it 10 times more extreme.”

Recalling when Democratic California Sen. Dianne Feinstein told Barrett that her Catholic “dogma lives loudly with in you” during a 2017 confirmation hearing, Sasse condemned “anti-Catholic bigotry” in a statement to the Daily Caller News Foundation earlier this week.

“Attacks on religious liberty have no place in Congress,” Sasse said to the DCNF. “The Constitution is pretty simple: No religious tests for office, period.” (RELATED: Ken Starr: ‘Folly … To Predict’ That Conservative Supreme Court Would Overturn Roe v. Wade)

Regarding potential upcoming fireworks, Sasse even fired a shot at Democratic Hawaii Sen. Mazie Hirono, who consistently launched attacks at Justice Brett Kavanaugh during his 2018 hearing.

“You can promise that Mazie will say something crazy,” he told NBC, to which Hirono responded: “That’s funny coming from one of the Senate’s most self-righteous trolls.”