Making the promise during Tuesday night’s Democrat presidential debate, the former Texas congressman also claimed that the legacy of slavery and segregation is still “alive and well” in America today:

“I want to acknowledge something that we’re all touching on, which is the very foundation of this country, that the wealth that we have built, the way we became the greatest country on the face of the planet was literally on the backs of those who were kidnapped and brought here by force.

“The legacy of slavery and segregation and Jim Crow and suppression is alive and well in every aspect of the economy and in the country today.

“As president I will sign into law a new voting rights act. I will focus on education, address health care disparities, but, I will also sign into Lee Sheila Jackson Lee’s reparations bill, so we can have the national conversation we waited too long in this country to have.” 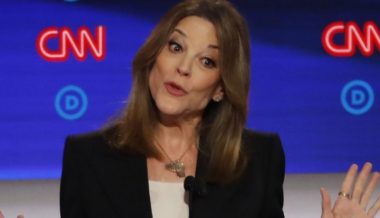