The Biden administration said Friday that it intends to repeal former President Donald Trump’s “Remain In Mexico” policy after a federal judge denied its first attempt, the Department of Homeland Security announced in a statement.

President Joe Biden had originally suspended the Migrant Protection Protocols (MPP) program, mandating non-Mexican migrants wait in Mexico until their immigration court date in the U.S., in June. However, a Texas federal judge ruled in August he was violating federal law in the way he went about ending it.

“This Administration is tackling longstanding problems that have plagued our immigration system for decades in order to achieve needed systemic change.  MPP does not help meet this goal,” Secretary of Homeland Security Alejandro Mayorkas said in a statement on Friday. (RELATED: Mexico Commits To Deporting Migrants To Their Home Countries)

“MPP had endemic flaws, imposed unjustifiable human costs, pulled resources and personnel away from other priority efforts, and did not address the root causes of irregular migration,” he added. “MPP not only undercuts the Administration’s ability to implement critically needed and foundational changes to the immigration system, it fails to provide the fair process and humanitarian protections that individuals deserve under the law.” 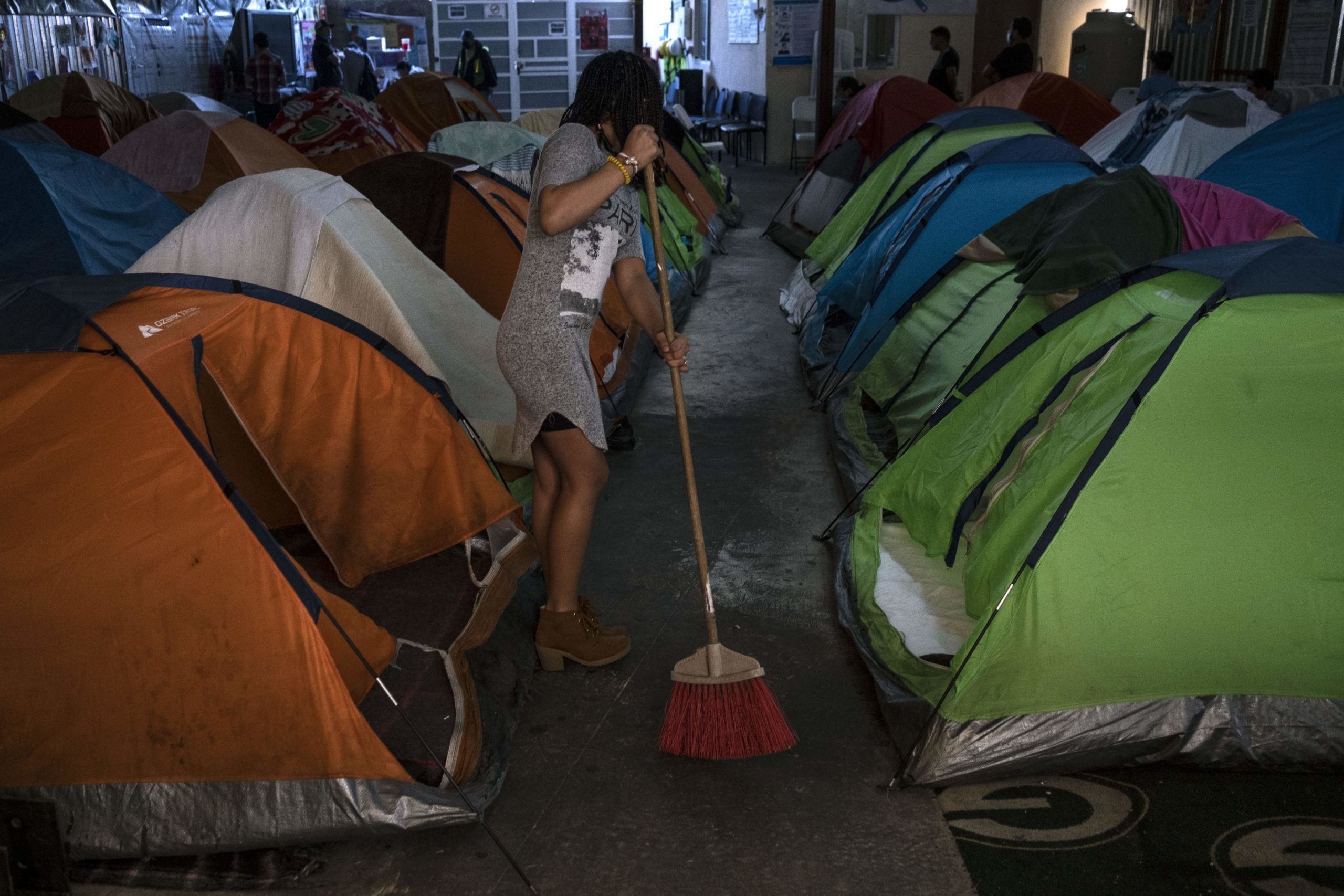 An asylum seeker staying at the Juventud 2000 migrant shelter in Tijuana, Baja California State, Mexico, sweeps the floor on April 3, 2020 as stronger cleaning measures are being implemented to fight the novel coronavirus, COVID-19, pandemic. (Photo by GUILLERMO ARIAS/AFP via Getty Images)

Approximately 68,000 migrants were sent back to Mexico under the policy, according to the Department of Homeland Security. The Biden administration previously was planning to restart the policy in November with changes to make it more humane, CBS News previously reported.

“Reimplementation is not something that the administration has wanted to do. We are doubling down on the affirmation of our decision to terminate MPP,” a Biden administration official said at the time, according to CBS News.

“But in the interim, we are under this obligation of the court. And making sure that individuals, when they are returned to Mexico, are treated humanely is of course one of the highest priorities,” the official added. (RELATED: DHS Appeals Supreme Court’s Decision On ‘Remain In Mexico’ Policy)

The number of illegal border crossings reached a record high over the past fiscal year, with 1.7 million encounters between September 2020 and September 2021, according to Customs and Border Protection data.