Microsoft co-founder Bill Gates announced Friday he is leaving the company after 45 years and resigning from the board of Berkshire Hathaway.

“I have made the decision to step down from both of the public boards on which I serve – Microsoft and Berkshire Hathaway – to dedicate more time to philanthropic priorities including global health and development, education, and my increasing engagement in tackling climate change,” said Gates in a statement on LinkedIn. “The leadership at the Berkshire companies and Microsoft has never been stronger, so the time is right to take this step.”

Gates continued, “With respect to Microsoft, stepping down from the board in no way means stepping away from the company. Microsoft will always be an important part of my life’s work and I will continue to be engaged with Satya and the technical leadership to help shape the vision and achieve the company’s ambitious goals. I feel more optimistic than ever about the progress the company is making and how it can continue to benefit the world.” (RELATED: Google-Funded Think Tank Chief Resigns After Wishing Coronavirus Would Kill Trump) 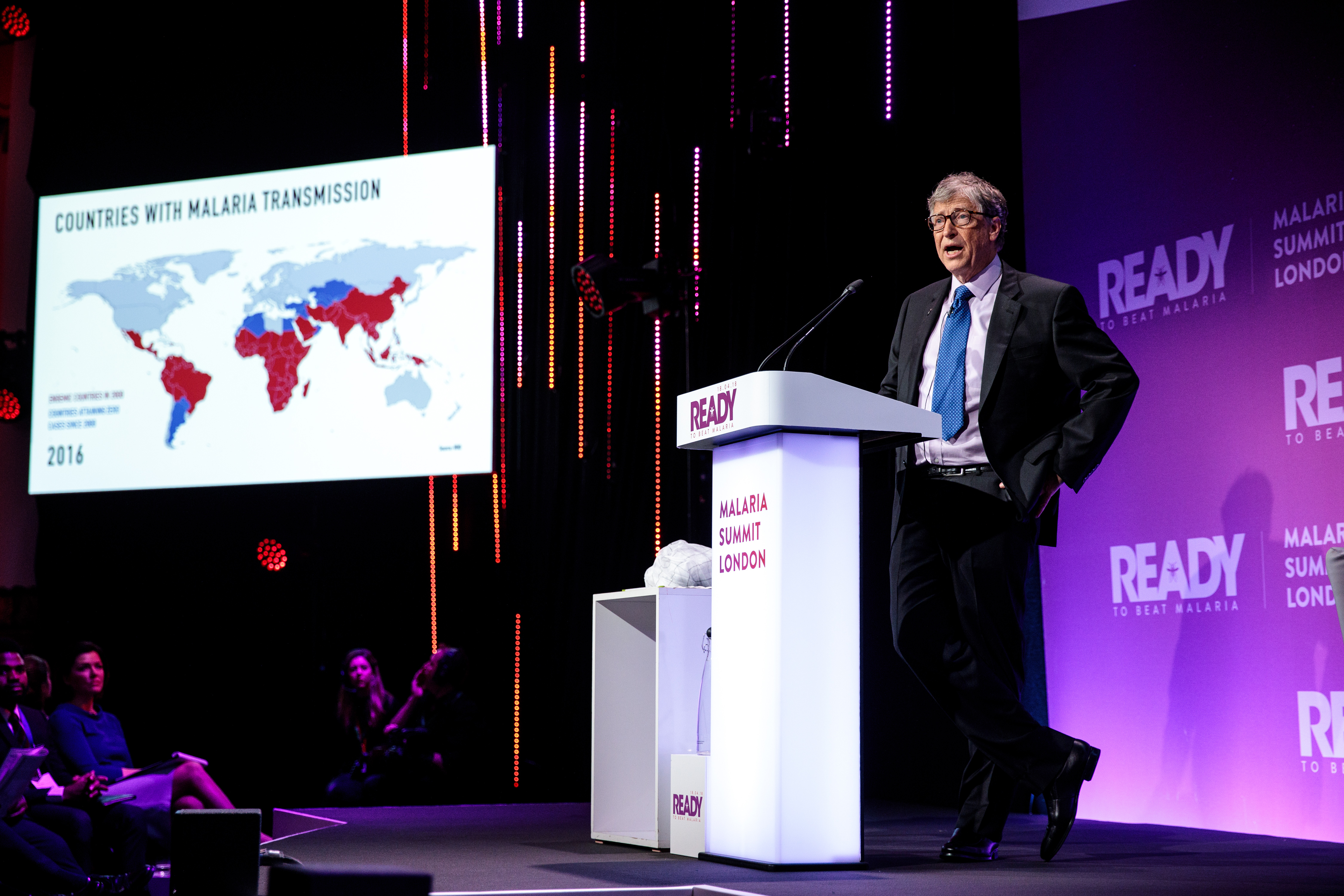 LONDON, ENGLAND – APRIL 18: American businessman and philanthropist Bill Gates makes a speech at the Malaria Summit at 8 Northumberland Avenue on April 18, 2018 in London, England. The Malaria Summit is being held today to urge Commonwealth leaders to commit to halve cases of malaria across the Commonwealth within the next five years with a target to 650,000 lives. (Photo by Jack Taylor/Getty Images)

In 1975, Gates co-founded Microsoft along with his now-deceased colleague Paul Allen, and he holds  the largest  amount of shares in the company at 1.36%, according to CNBC. Gates’ current net worth is estimated to be $103.6 billion, making him the second richest man in the world just behind Amazon founder Jeff Bezos, Forbes reported.

“I am looking forward to this next phase as an opportunity to maintain the friendships and partnerships that have meant the most to me, continue to contribute to two companies of which I am incredibly proud, and effectively prioritize my commitment to addressing some of the world’s toughest challenges,” added Gates.