HBO’s Real Time host Bill Maher made another desperate plea for a recession on Friday, saying that the economic downturn “would be very worth getting rid of Donald Trump.”

“So I’ve been saying for about two years that I hope we have a recession,” Bill Maher said. “And people get mad at me, as Sean Hannity thinks I’m actually causing a recession. I’m just saying we can survive a recession. We’ve had 47 of them. We’ve had one every time there’s a Republican president.”

“So, yes, a recession would be very worth getting rid of Donald Trump and these kind of policies,” Maher said after citing a dubious United Nations report that claims a million species are at risk of extinction.

Just a week earlier, the left-wing comedian was wishing for a recession as a means to oust President Trump.

“Well, you should be. Because that will definitely get him unelected,” said Maher, responding to political advisor Tom Nichols saying he’s “not wishing for a recession.”

“I really do,” Maher responded when challenged on his desire for an economic downturn. “We have survived many recessions. We can’t survive another Donald Trump term.”

Steven Colbert told Anderson Cooper in a recent interview, that he is not the Trump resistance, backpedaling his way out of a losing movement. 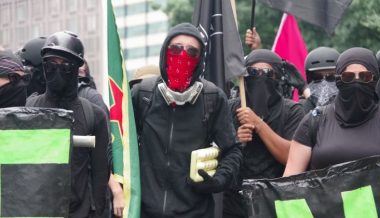