In a move that would have Martin Luther King Jr. rolling over in his grave,  black students at Syracuse University have taken over a campus building and are demanding the school allow them to opt-out of rooming with white students in the college’s dorms.

“The general consensus is that black students, and we’re talking specifically on behalf of Black students, may feel safer and better rooming with other Black students rather than saying the same race has an implementation of a profile system or a portal system. That includes interests as well as race,” a representative of the group “#NotAgainSU” declared.

In a sad example of how liberal indoctrination at American colleges can negatively affect students, a female student admitted, “I get anxiety attacks, I have panic attacks and this university took my mental health. I was one of the happiest people before I came here.”

The students act as if they’re prisoners of the university and that they didn’t volunteer and pay to attend the school.

In a seriously twisted take on reality, a white student who was allowed to grab the microphone called Syracuse University “pretty racist” for not allowing black students to opt-out of rooming with white students.

Syracuse Chancellor Kent Syverud says he’ll work with the student protesters and that they have “good reason to fear” roommates who “harbor views of racism,” according to Campus Reform.

How far will students go once they realize they have power over their university’s leaders? 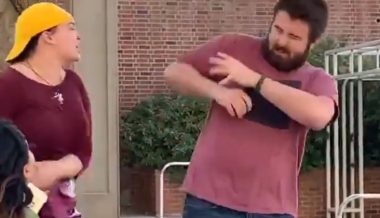 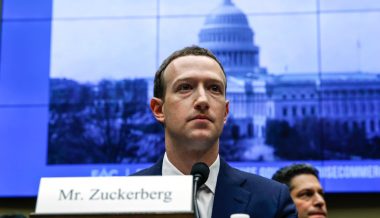