Sen. Elizabeth Warren, the Massachusetts Democrat, warned Federal Reserve Chairman Jerome Powell that his single-minded determination to bring down inflation might “drive the economy off a cliff.”

Warren accused Powell and his fellow Federal Reserve officials of not tailoring their inflation solution to the specific problem of inflation. She had Powell confess that there is little the Fed can do when it comes to food prices or gas prices. “Rate hikes won’t make Vladimir Putin turn his tanks around and leave Ukraine,” Warren said at a hearing of the Senate Banking Committee. She then threw in some gripes about corporate monopolies and COVID-19.

“Right now, the Fed has no control over the main drivers of rising prices, but the Fed can slow demand by getting a lot of people fired and making families poorer,” Warren said.

Warren voted against Powell’s original nomination to the Fed chair by Donald Trump and then his renomination by Joe Biden. So it is not surprising that she decided to use Wednesday’s hearing to harshly criticize the Fed’s current plans. Warren, however, was not alone. Several Democrats on the panel appeared concerned that the Fed was being too aggressive in fighting inflation and might needlessly push the economy into a recession. Warren argued that since inflation is, in her view, caused by things out of the Fed’s control, the Fed’s rate hikes could push the economy into a recession without bringing down inflation.

“You know what’s worse than high inflation and low unemployment? It’s high inflation with a recession and millions of people out of work,” Warren said. 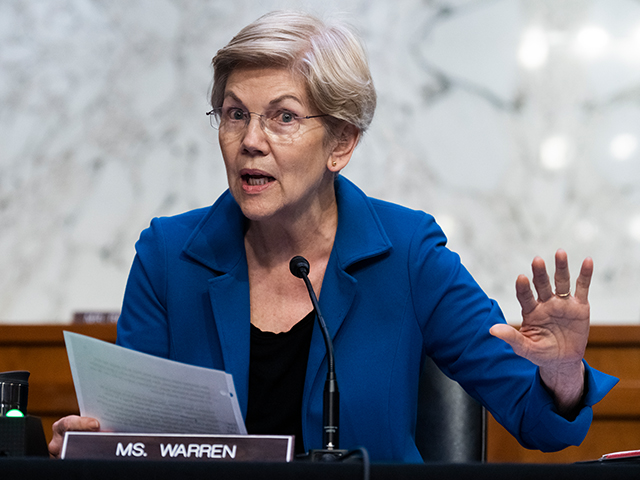 Powell’s popularity with the Democrats on the committee was probably not helped by the fact that he bluntly rejected the Biden administration’s claim that the biggest driver of inflation right now is the war in Ukraine. Powell pointed out that inflation was high and rising long before the invasion, a point we have frequently made in response to these claims. Sen. Bill Hagerty (R-TN) pointed out that most of the escalation in inflation happened last year, when inflation rose from 1.4 percent to seven percent. Since the Ukraine invasion, inflation has only ticked up half a percentage point or so.

Even if Powell were inclined to support the Biden White House talking point on inflation, prudence would argue against it. Powell runs an institution that employs hundreds of Ph.D. economists who would feel deeply betrayed if he were to ignore the actual economic work on the causes of inflation for a bit of partisan blather. It would also risk discrediting the Fed in the eyes of outside economists and financial market participants, something the Fed cannot afford to do as it seeks to overcome the damage done to its credibility by being so far behind the curve on inflation. And then there is the American public, only 11 percent of whom believe Putin is to blame for high energy prices. 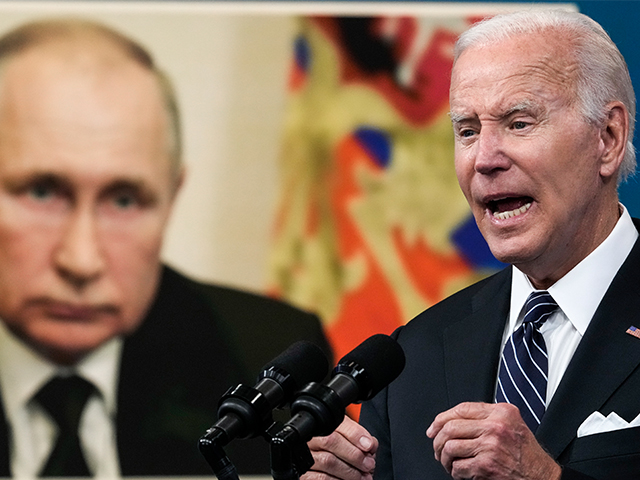 An image of Russian President Vladimir Putin is displayed as President Joe Biden speaks about gas prices at the White House on June 22, 2022. (Drew Angerer/Getty Images)

What’s more, the Warren argument on inflation—that it is caused by Putin, COVID, and corporate greed and that raising rates will not help—would lead to the conclusion that the correct policy for the Fed would be to do nothing. Raising rates to slow the economy and cool off the labor market is how the Fed attempts to control inflation. If this is the wrong policy prescription, the Fed is helpless to meet its statutory mandate to pursue price stability.

Powell has been in Washington long enough to understand that Democrats are beginning to position themselves for an attack on the Fed when the economy does fall into a recession. That’s right: when. A recession is inevitable—as former New York Fed chief Bill Dudley wrote in a Bloomberg News op-ed published Wednesday. The only open question is when the recession strikes. Watching Warren and other Senate Democrats maneuver themselves into a place where they can blame the Fed for a downturn raised the question of whether the Biden White House will pivot. So far, the White House has been an enthusiastic supporter of the Fed’s anti-inflation campaign. But that may not last long if the economy starts seriously contracting. 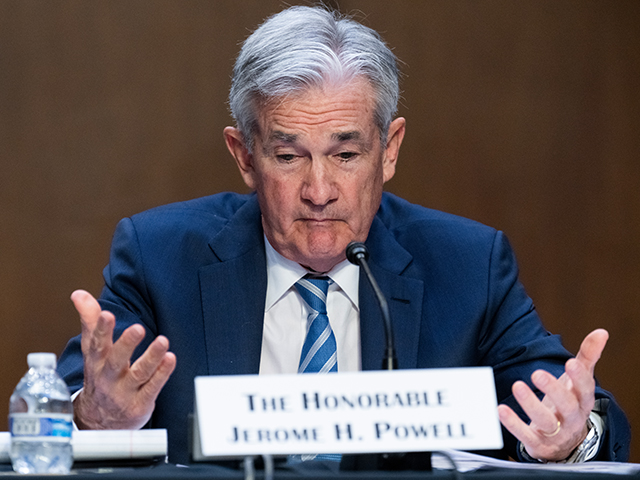 Joe Biden Versus the Gas Stations

Biden’s loose grasp of basic economics was on display on Wednesday during a speech he gave about gas prices. Biden criticized gas stations for overcharging motorists by allegedly rising pump prices more than the wholesale price. Gas prices, however, are determined by supply and demand in a highly competitive market. If a gas station operator were to raise prices beyond where demand met supply, he’d quickly find his customers driving into his competitors’ stations.

As we’ve pointed out before, margins at gas stations fell in May as prices hit record highs, completely undermining the idea that gas stations are engaged in price gouging.

The worst part of Biden’s prescription for gas prices, however, was his demand that station owners “bring down the price.” In an era of extremely high demand and supply constraints, this is a recipe for gas shortages. Gas stations would simply run out of gas if they sold it at a cheaper price. Gas lines and closed-down stations are not going to improve how Americans feel about the economy or the Biden administration’s handling of it. 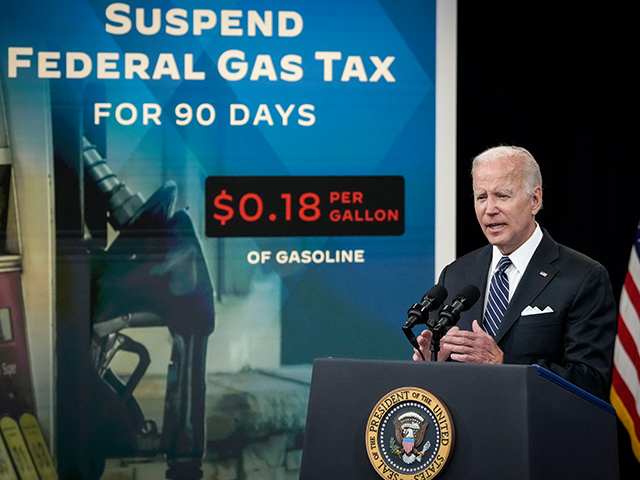 When Biden was elected president, some people claimed that the economic situation in the U.S. would improve because the “grownups” would be back in the White House. The idea was that Biden would bring in seasoned experts with mainstream policy ideas that would help the economy get back on track following the pandemic and what many of Biden’s supporters considered the chaotic years of the Trump presidency.

This was never a very credible argument, but whatever plausibility it might have once had has been shredded by the gas tax holiday fiasco. Not only have the Democratic party’s grownup economists—like Harvard economist Jason Furman and University of Chicago’s Austen Goolsbee—rejected the idea, but so have many Democratic lawmakers, including Joe Manchin. Yet this did not stop the Biden administration from putting forth the proposal anyway.

The folks at Evercore ISI assessed that the unworkable and un-passable proposal is evidence that the Biden administration is out of ideas when it comes to energy prices and inflation. The White House knows this would not bring down prices and will not even pass in Congress, but it wants a talking point, something it can wave in front of the American people to show it at least tried to do something. Evercore ISI points out that this is worrisome not because it shows politicians playing politics—what else would you expect—but because it took the White House four months to even agree internally to play this card.

“Taking four months to consider a policy is one thing—taking four months to decide on a talking point is another. We take this as a bad sign about the White House policy process, with delays likely to continue,” ISI Evercore analysts wrote in a note.

We think there may be a slightly deeper problem. There likely are people who know that the White House could provide relief through various policies that would lift the American supply of oil and gasoline, but the dominance of the climate change crowd in the Democratic policy apparatus means that these policies are not allowed to be proposed. All effective policies are held hostage to the Green New Deal agenda, and all that is left is talking points.

Highland Park Shooting Suspect Kicked Out of Synagogue Months Ago