Former White House senior advisor Stephen Miller says President Joe Biden “caved” to the far left in his party when he reversed his decision to maintain the current cap on refugees.

“This is one of the most remarkable things that has happened since Joe Biden has come into office,” Miller told Fox News’ “Sunday Morning Futures.”

“So Joe Biden’s press secretary [Jen Psaki] announced they were going to keep the Trump refugee ceiling in place for the remainder of the fiscal year. And when some of their radical left supporters came out and said ‘No, you can’t do this, you can’t do anything’ — no matter how basic, no matter how  common sensical — that Trump did [and] within the span of maybe an hour or two they immediately folded, Joe Biden president of the United States caved in the space of minutes to far left voices like [Democratic New York] Rep. [Alexandria] Ocasio-Cortez and said they were going to raise the refugee ceiling.”

On Friday Biden was reportedly prepared to keep the national refugee cap at the historically low level set by former President Donald Trump’s administration. But the White House reversed that policy the same day as Biden indicated that he now plans to  establish a “final, increased” cap by May 15.

On Saturday Biden called the situation at the border a “crisis” for the first time.

Miller said Sunday that the U.S. is now “in the middle of the worst border crisis in U.S. history,” adding that refugee resettlement is “inordinately expensive.”

He said communities across America are already “paying the cost of resettling record numbers of unaccompanied minors coming illegally” and will also be footing the bill “for flying refugees from 10,000 miles away into U.S. communities.” 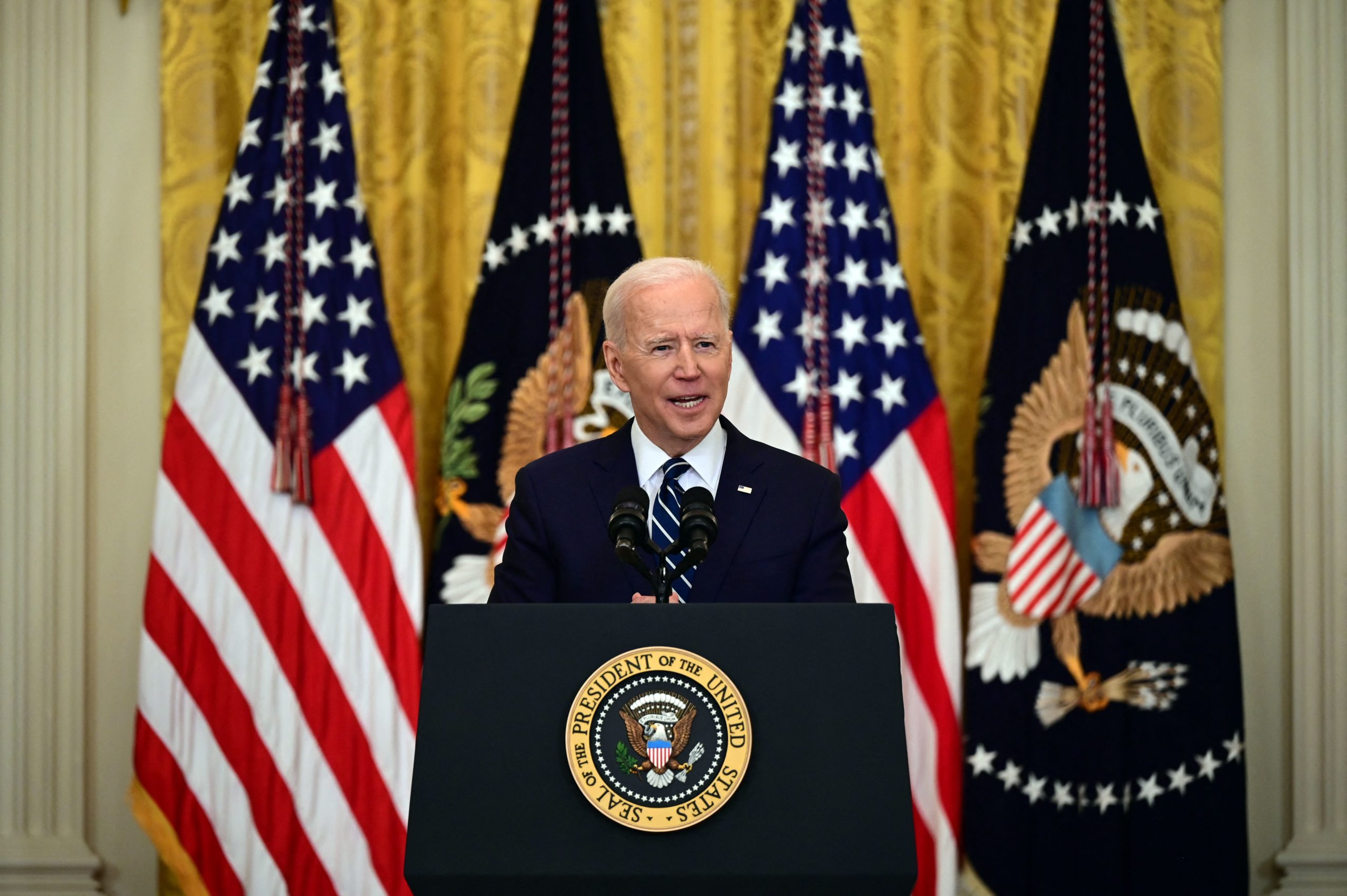 US President Joe Biden answers a question during his first press briefing in the East Room of the White House in Washington, DC, on March 25, 2021. Biden pushed back Thursday at claims the flow of undocumented immigrants at the US southern border has reached crisis levels, saying the surge is a mostly seasonal problem that happens each year. (Photo by JIM WATSON/AFP via Getty Images)

Miller noted that under federal law, refugees have immediate access to most welfare programs available to American citizens “so you get Medicaid, you get food stamps, you get public housing and you get cash benefits.”

He said the cost of raising the refugee ceiling will take “cash directly out of the pockets of hard-working Americans during a pandemic when the middle class has already been hit hard by these closures.”