The central bank gold-buying spree shows no sign of letting up as countries seek to diversify their reserves away from the US dollar.

Globally, central banks added another net 47.5 tons of gold to their reserves in September, according to the latest data from the World Gold Council.

There were no significant gold sales by central banks in September.

The World Gold Council bases its data on information submitted to the International Monetary Fund.

Turkey led the way in September adding 22.9 tons of gold to its reserves. That follows on the heels of a 41.8-ton increase in Turkish gold reserves in August.

Russia continued its pattern of consistent gold purchases in the 10-ton per month neighborhood. The Russian central bank added 11.4 tons to its reserves in September.  Russia has been the number one gold-buying central bank this year and it has paid off in a big way. The Russian Central Bank’s gold reserves topped $100 billion in September thanks to continued buying and surging prices. With its latest purchases, Russia has increased its gold holdings by over 120 tons this year alone.

Governed by a small group of elite multinationals, Facebook’s Libra might as well be called DavosCoin.

China added 5.9 tons of gold t its hoard in September. It was the 10th straight month of gold purchases by the People’s Bank of China. Since resuming official gold purchases late last year, the Chinese central bank has accumulated just over 100 tons of the yellow metal.

After selling gold for three straight months, Uzbekistan got back into the gold-buying business with a 6.5-ton purchase in September. The Uzbek central bank sold nearly 25 tons of gold in July and August. Uzbek central bank Governor Mamarizo Nurmuratov announced earlier this year that he planned to purchase US and Chinese sovereign debt in order to diversify the nation’s $26 billion of international reserves away from gold as the country moves out of relative economic isolation.

Other gold-buying central banks in September were:

According to the World Gold Council, a dozen central banks have increased their gold reserves by at least 1 ton through the first eight months of 2019.

So far in 2019, central banks have purchased 547.5 tons of gold on a net basis That represents a 12% increase year-on-year. This continues a trend we saw through 2018. In total, the world’s central banks accumulated 651.5 tons of gold last year. The World Gold Council noted that 2018 marked the highest level of annual net central bank gold purchases since the suspension of dollar convertibility into gold in 1971, and the second-highest annual total on record.

A move to minimize exposure to the US dollar, especially by countries like Russia and China, is driving this central bank gold-buying spree.

Peter Schiff has talked about central bank gold-buying. He has noted that the US went off the gold standard in 1971, but he thinks the world is going to go back on it.

“The days where the dollar is the reserve currency are numbered and we’re going back to basics. You know, everything old is new again. Gold was money in the past and it will be money again in the future, and central banks that are smart enough to read that writing on the wall are increasing their gold reserves now.”

Ron Paul made a similar point in a recent episode of the Liberty report. He said foreign central banks are increasingly gravitating to sound money like gold and ripping themselves away from the Fed’s dollar.

Gerald Celente gives his expert analysis on the current trends in the economy. 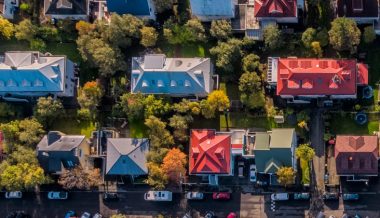 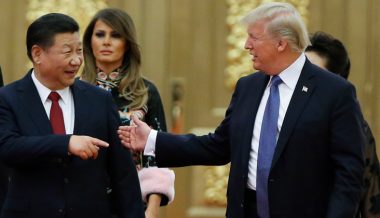 Documentary: The Truth About The Richmond 2A Rally