With four times the capacity of existing power plants, the new generators will enable new technologies, such as electromagnetic catapults and railguns, to be deployed as well.

The China State Shipbuilding Corporation’s (CSSC) 704 Research Institute announced recently that its 20-megawatt power generators had entered service, the Global Times reported. That’s enough electricity to light up a city of 15,000. The announcement did not say the designation of the new generators or which ships they had been installed on so far.

The vastly increased power output will come in handy for a number of new technologies Beijing has been looking at installing on its warships in the coming years. Li Jie, a naval expert in Beijing, told the South China Morning Post the more powerful generators “will mean all these high-energy-consuming systems can operate.”

China has been testing naval uses of a railgun since at least 2017, a weapon which uses electromagnets to accelerate a metal slug to incredible speeds. Rather than relying on explosives to destroy the target, the sheer force of the impact produces a huge release of energy, which is why railguns are called “kinetic energy weapons.”

While the specs on China’s weapon are not public, the US Navy’s experimental railgun has a power demand of some 25 megawatts, according to the Wall Street Journal. The US Navy’s Arleigh Burke-class destroyers are only capable of a maximum power output of 7.5 megawatts using three 2.5-megawatt generators, making such a platform unfeasible for the railgun.

However, Washington’s new Zumwalt-class stealth destroyers were built with such weapons in mind. Despite its clumsy appearance, the large warship can put out an astounding 78 megawatts of power, making it an able wielder of a railgun or laser weapon, once their other idiosyncrasies have been sorted out.

China’s upcoming Type 002 aircraft carrier will have an electromagnetic aircraft launch system (EMALS) for fixed-wing aircraft, which will also require an enormous power output. Sputnik recently reported that the CSSC’s proposed Type 076 landing helicopter dock is envisioned to use an IEP as well as an EMALS for fixed-wing aircraft. The US Navy’s USS Gerald R. Ford carrier relies on nuclear power generators to power its three EMALS apparatuses, and it’s extremely likely that China’s new turbo generators will find their way onto the Type 002 carriers and a future Type 076, if such a warship is ever built.

However, aside from nine submarines, China’s only nuclear-powered ships are icebreakers, and the new turbo generators are gas-powered. 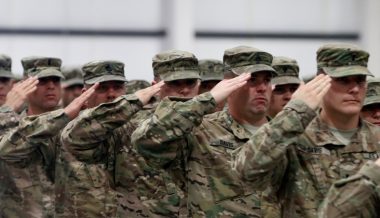 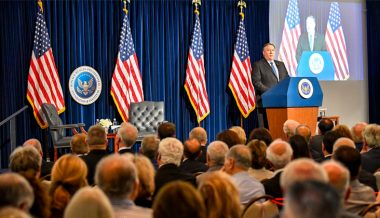