Imagine that President Trump spent his phone call with the Ukrainian president threatening to withhold military aid unless the Ukrainian government agreed to use the money to purchase weapons from a US manufacturer. Does anyone seriously think that foreign service professionals and deep state operatives would be so shocked and offended by Trump’s request that they would launch efforts to impeach him? Would Congress view this as “high crimes and misdemeanors” or applaud Trump for carrying out one of modern presidents’ supposedly most important jobs — acting as salesmen for the American military-industrial complex?

This hypothetical shows that impeachment is not about President Trump’s abuse of power. Instead, it is an attempt to make sure President Trump, and all future presidents, confine their abuses of power to items that advance the agenda of the political establishment.

President Trump’s most consequential abuses of power have been met with the full approval of the majority in Congress, the mainstream media, and the deep state. For example, when President Trump launched military action in Syria without obtaining a congressional declaration of war there were no calls for his impeachment. Instead, most members of Congress were perfectly happy to let stand unchallenged President Trump’s claim that the 2001 authorization for use of military force —a limited grant of authority to act against those responsible for the September 11, 2001 attacks — gave him the authority to launch military action against a government that had nothing to do with the September 11th attacks. The only times Congress rebukes President Trump’s foreign policy is when he speaks favorably about pursuing peaceful relations with Russia or ending US involvement in no-win military conflicts.

This hypocrisy extends beyond foreign policy. Many Democrats who claim that President Trump is both a fascist and mentally unhinged are eager to ensure President Trump can continue to conduct warrantless surveillance on every American by reauthorizing Section 215 of the PATRIOT Act.

Trump-opposing progressives in Congress are also eager to give President Trump new authority to violate the Second Amendment. Even those progressives who say they believe Trump is a deranged fascist did not object when he endorsed “red flag” laws that give the government power to, as President Trump put it, “take the guns first, go through due process second.”

Perhaps the most sickening example of Trump’s congressional opponents’ hypocrisy is how many of those fretting about the safety of the Urkrainegate ”whistleblower” are silent about, or supportive of, the Trump administration’s complicity in the inhumane treatment of WikiLeaks founder Julian Assange. They are also silent about the US government throwing Chelsea Manning back into jail because she refuses to help the US prosecution of Mr. Assange.

All modern presidents have exceeded constitutional limitations on their power and thus could have, and maybe should have, been impeached. The reason they were not impeached is that a majority of Congress members support allowing presidents to wage war abroad and destroy liberty at home without being “hamstrung” by Congress. The only real dispute among the political class is which party should wield the levers of power.

Restoring constitutional limits on government power and thus protecting liberty depend on spreading ideas and building a movement. Our lost freedom will only be restored when presidents and members of Congress fear being “impeached” at the ballot box for committing high crimes and misdemeanors against peace, prosperity, and liberty.

This article first appeared at RonPaulInstitute.org. 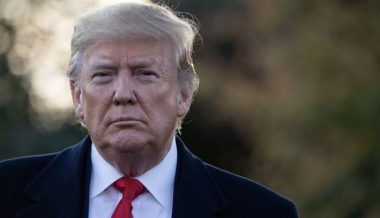 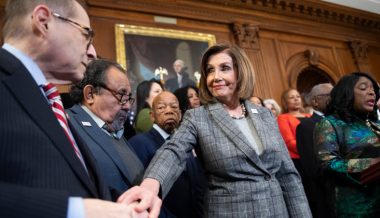