As the global COVID-19 crisis builds up its incredible momentum, for which an apex is still months to come, the mainstream media and so-called policymakers are dazed and confused, lost in graphs of exponential case counts and body counts; shipments of masks and respirators; and the assembly of makeshift hospitals. Everywhere the morgues are filling up and the crematoriums are burning the cadavers at full tilt.

While the palpable fear of death looms everywhere, the 2,020 members of the billionaire class, and their worldwide political surrogates, have an eye on other graphs: not going up like the graphs of the deaths, but plunging in an even more dramatic configuration. It is, of course, the COVID-19 induced crash of all financial markets and the precipitous dive of oil price. It is the Great COVID-19 Depression.

While the so-called Masters of the Universe billionaire class are scared like deer in a headlight, they haven’t come to the realization that their complex edifice built on the brutal exploitation of people and resources was as flimsy as a castle made of sand. It is not even a tide that is undoing global capitalism, it is a giant tsunami coming ashore everywhere at the same time. Its name is COVID-19. Those who call themselves political leaders should pay close attention. If they think they can bring back the world order the way it was before the pandemic, they are cruelly mistaken. Like it or not, COVID-19 marks the beginning of a new era in the human adventure on the Earth. Things will never again be the same. Therefore, we must seriously think, not only about crisis scenarios but also their aftermaths.

Several worst-case scenarios are worth exploring. The first one, and some early signs indicate it is a possibility, would be the implosion of globalization and rise of populist fascist states. In the second one, which would be even worse, the billionaire class and their political surrogates would gang up to impose a draconian authoritarian world order on the entire human population. 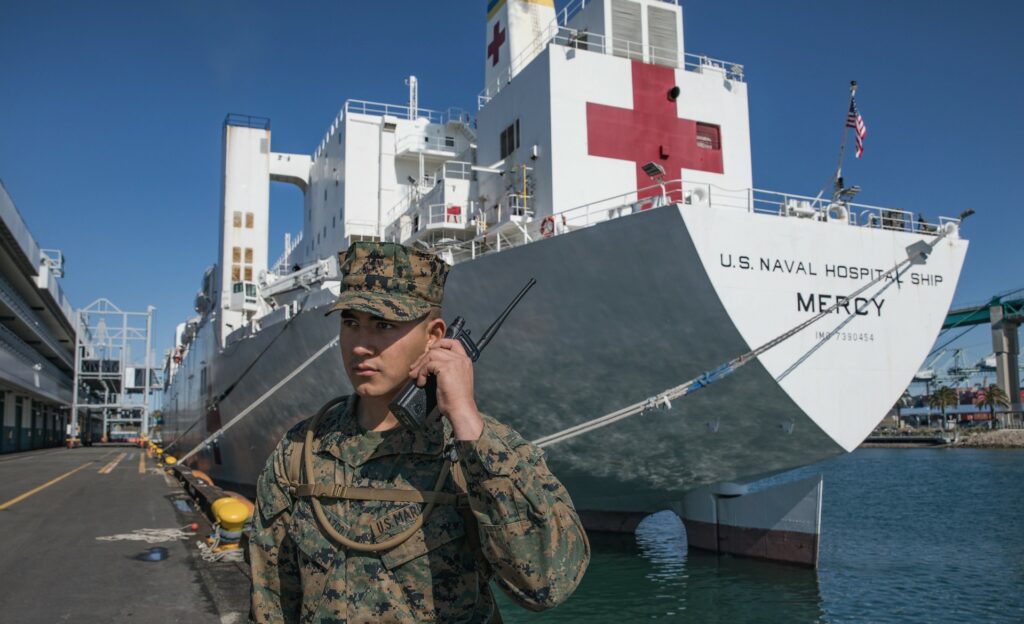 Bilderberg group. Despite the fact that the global economy is in ruins, the policymakers who work for the billionaire class will want to maintain control. They may think that the fear of the pandemic, which has made people accept oppressive measures, can be maintained indefinitely through the media they control. One can easily imagine that only a fraction of the population might regain complete freedom of movement and assembly. Meanwhile, the old, the average worker bee, and the dissenters could be confined at a whim. Besides, who needs pesky humans in capitalist production lines when they can be replaced by the docile robotic of AI?

Some people are evil enough to think along those lines. The problem with this assumption, however, providing anybody is thinking about it, is that their cherished supposed free-market economy has already collapsed. Presently the hottest commodities worldwide are masks and pulmonary respirators. The masks, of course, are still largely made in China. They are so valuable that they are put under heavily armed military escort. Operatives from the CIA travel to China with briefcases full of cash to outbid, on airport tarmacs, precious cargos already purchased by France. Israel’s Mossad has been involved in trafficking large quantities of test kits. The nationalistic fight for survival has become raw and nasty, but again capitalism was always bloodthirsty, ugly, and mean. Hopefully, for the sake of humanity, the systemic damage is too grave to fix. COVID-19 might have triggered capitalism’s end game.

feudalism. Like the lord of the castle, who threw a few gold and silver coins to the starving peasants during famines after bad crops, the lords of today’s capitalism put in effect “quantitative easing,” which is a euphemism for printing a massive amount of money. In the United States, the $2.2 trillion bailout is mainly for Wall Street and large corporations like Boeing. The citizens of the US will get the crumbs, in the form of a $1,200 check from Uncle Sam. In European countries, the give away to citizens is much bigger: the unemployment benefits to people who were laid off will reach 80 percent of their pre-COVID-19 wages.

Nonetheless, millions of people are already unemployed. In the US, nearly 10 million people filed for unemployment since March 16. Millions who were already in precarious situations must rely on food banks to eat. This is a recipe for disaster in the perspective of governments trying to keep a lid on some serious social turmoil. In effect, a careful study of the revolutionary process in world history shows that what embarks a population into the violence of a revolution is misery and despair, not lofty ideologies. Practically, it is the combination of oppression and starvation that pushes people beyond their limits. It is a collective breaking that comes once you have nothing, and therefore nothing to lose. Food shortages created by disruption of the food chain or hoarding could do this.

Authoritarian governments are, unfortunately for them, using the stick rather than the carrot to deal with the pandemic. In the Philippines, President Rodrigo Duterte ordered police and military to kill citizens who defy the COVID-19 lockdown. The strongman bluntly told police to “shoot them dead.” In India, Modi‘s police and military have been beating people, mostly Muslims, with sticks and dousing them with chlorine. In Kenya, similarly brutal population controls are enforced. In the case of India, a country of 1.3 billion people, which has a health-care system in shambles, millions could die. At that point, the most brutal police and military tactics won’t succeed at keeping the lid on. It is likely to blow. Revolutions are about a vastly superior number of people and the sheer power of their anger. A police and military force of 250,000, for example, even if loyal to its government, cannot prevail against millions. Starvation and oppression will eventually bring fearless collective rage. That is the essence of revolution. 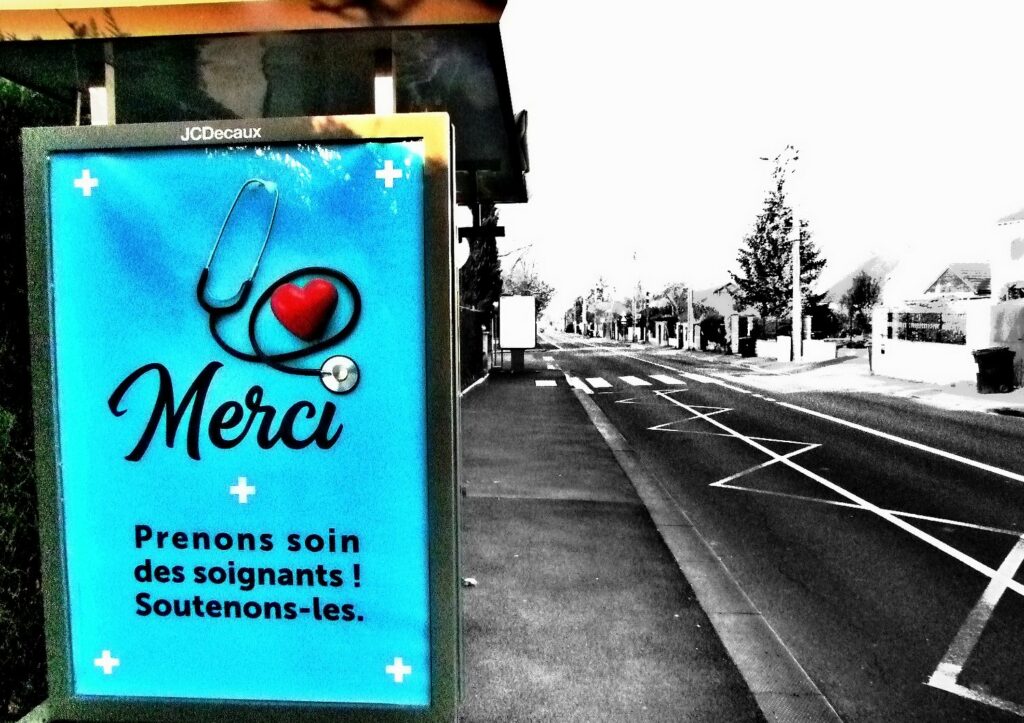 corporate imperialism. A real bottom-up democracy puts a cap on wealth concentration, spends money raised by fair taxation, and provides its citizens with free education and free universal health care. In 2018, the Gilets Jaunes movement in France was demanding a constitutional reform that would allow referendums by citizen initiative. If our world post COVID-19 becomes more fragmented, and countries become more sovereign and independent of mega-corporate entities or global institutions like the IMF and World Bank, then democracy could be reinvented. This being said, the mitigation of global problems like the climate crisis and the mass migration it will provoke, affecting nearly a billion people in coastal areas, will have to be addressed by decisive international cooperation. 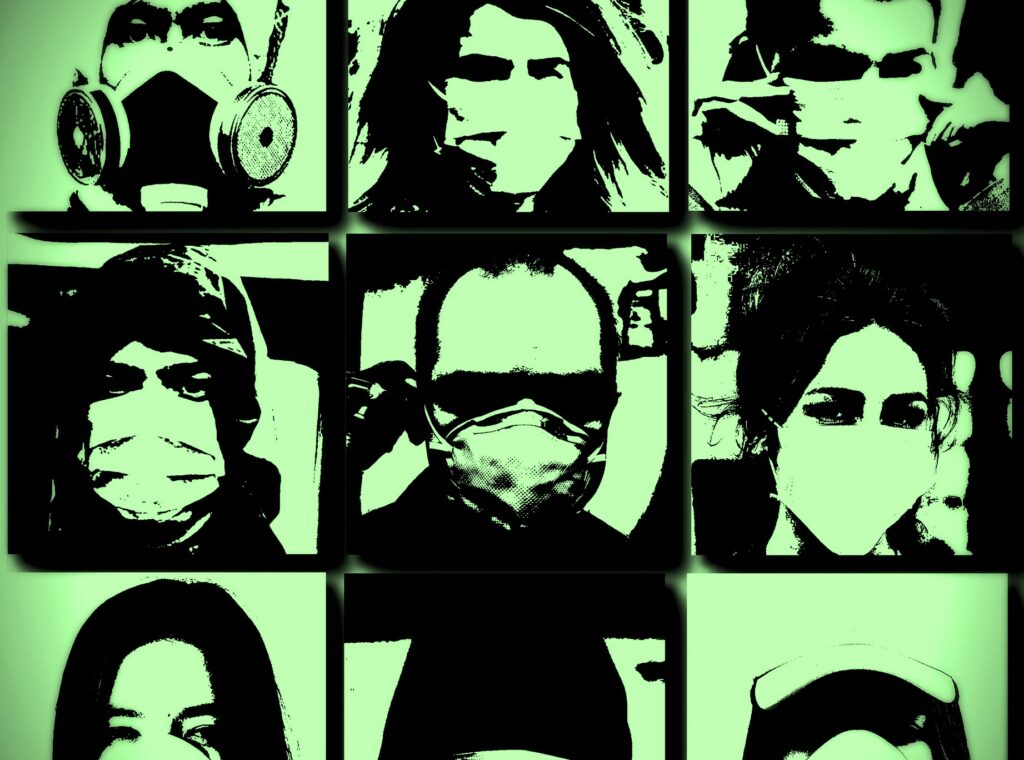 United Nations. For it to become a positive force in the necessary mitigation of conflicts between countries and tackling the massive challenges facing humanity, it would have to be rebuilt from the ground up. A dismantlement of the Security Council would be sine qua non. Furthermore, the delegate(s) from each country should be elected democratically. But let’s face it: at this juncture, the five countries that permanently sit on the Security Council because of their nuclear and military might are unlikely to relinquish their privileges.

It is hard to forecast what a post-COVID-19 world will be like, but the deck of cards has been reshuffled. Global corporate capitalism was sick, in all possible ways: a voracious sociopath bent on growth and without empathy, morals, and foresight. Right now it has a fever, it is coughing, and it has lost its sense of taste and smell. Truly, it is on life support.

Editor’s Notes: Gilbert Mercier is the author of The Orwellian Empire. Photographs one and six by Muffinn; photograph three from the Marine Corps archive; and photographs/ composite four and five by Mamasuco.