This interview was conducted by Collapse Chronicles host Sam Mitchell.

Sam Mitchell: Gilbert, is COVID-19 the trigger for the global collapse of global industrial civilization? Why or why not?

Gilbert Mercier: Sam, I’m not sure that COVID-19 can be called a trigger. It is more a catalyst, both in a global sociological and historical sense, which has initiated an incredible chain reaction. A microscopic organism has become, paradoxically, the vector of a radical paradigm shift. This could be, time will tell, a unique moment in humanity’s history. It has exposed, if you wish, the colossal systemic failure of global capitalism as well as the absolute incompetence of the so-called political and business leaders. The modest creature’s side effect indeed has been a crash of the global financial market. It has the power of a giant wrecking ball! 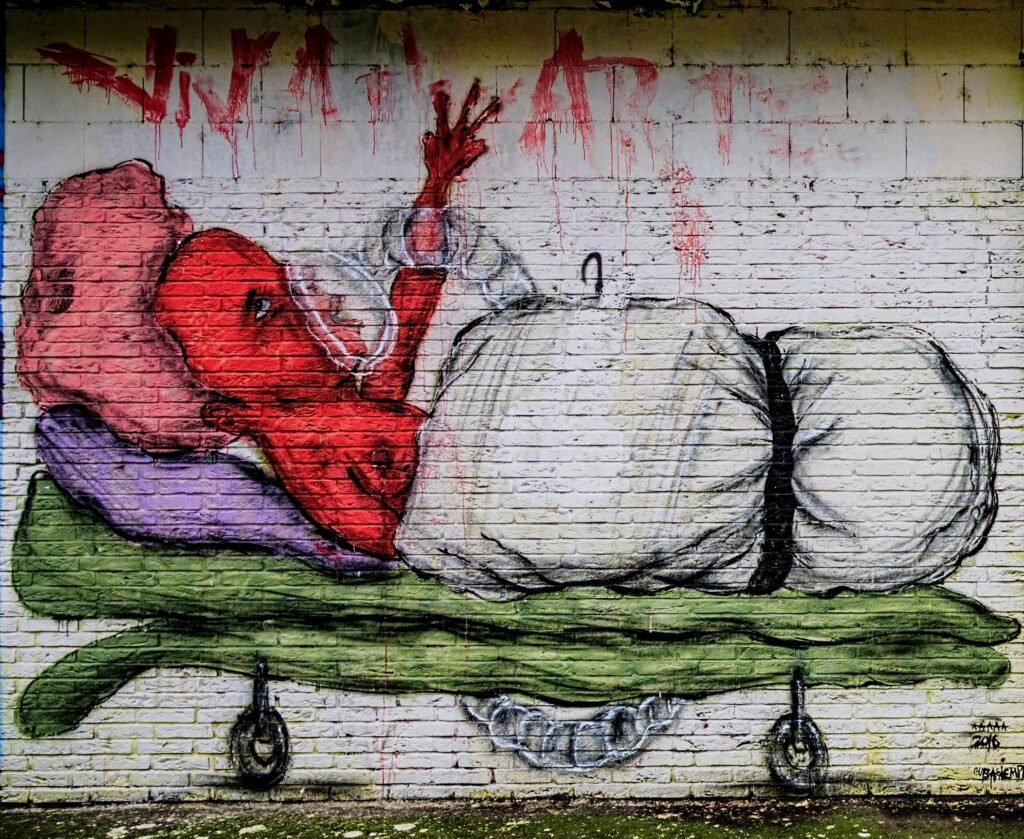 For 99 percent of people this comes as a shock. But you and I, and the followers of Collapse Chronicles, knew the systemic collapse was coming. I guess the coronavirus was the missing ingredient to bring a sick civilization to its knees. The other ingredients, the macro ones, to the collapse recipe are of course climate change, overpopulation, and social inequality. To be a bit ironic, because one has to be, COVID-19 is at the same time the catalyst and the missing link between the three major macro issues humanity was already facing. We are now in uncharted territories. 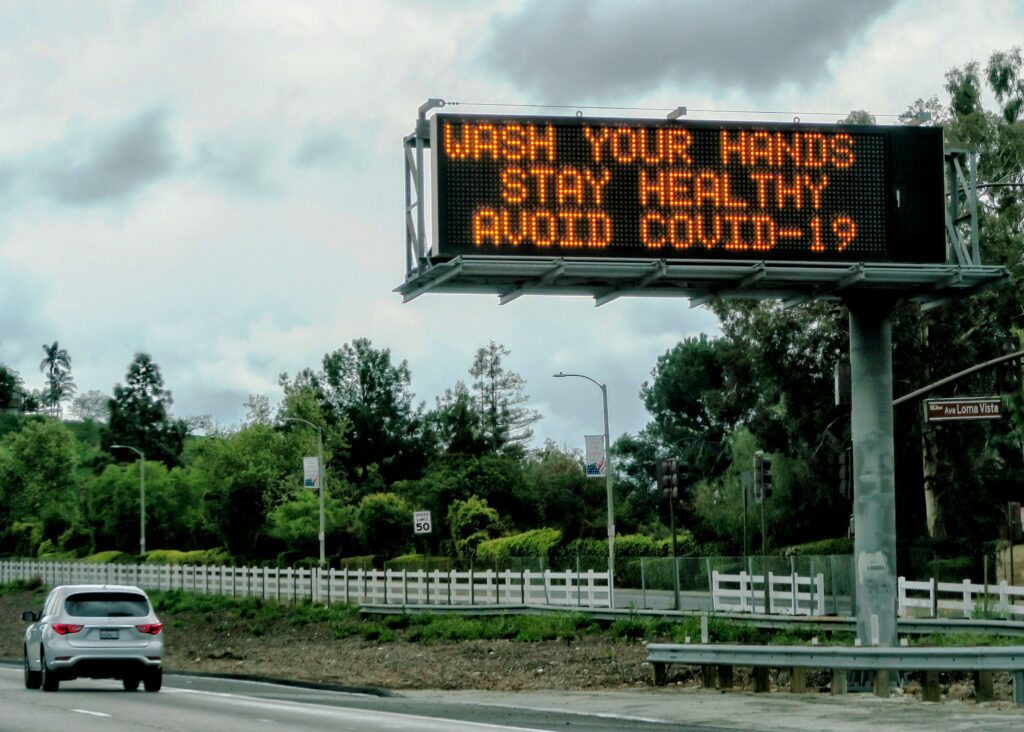 GM: Well Sam, it is quite high. As of March 19th, both the confirmed cases of COVID-19 and number of deaths were climbing exponentially. The graphs are rather scary. Worldwide we were at almost 250,000 cases and 10,000 deaths from COVID-19. But however deadly and contagious COVID-19 is, things have to be put in the perspective of other pandemics such as the black plague of the Middle Ages that killed 40 percent of Europe’s population or, more recently, the 1918-1920 Spanish flu that killed 50 million. But Sam, to answer your question specifically, the big threats, the macro ones, are still there, and I have to repeat this. They are: global warming, social inequality and overpopulation, while the coronavirus is the catalyst to make the collapse chain reaction gel. COVID-19 is the cherry on top of the collapse banana split! 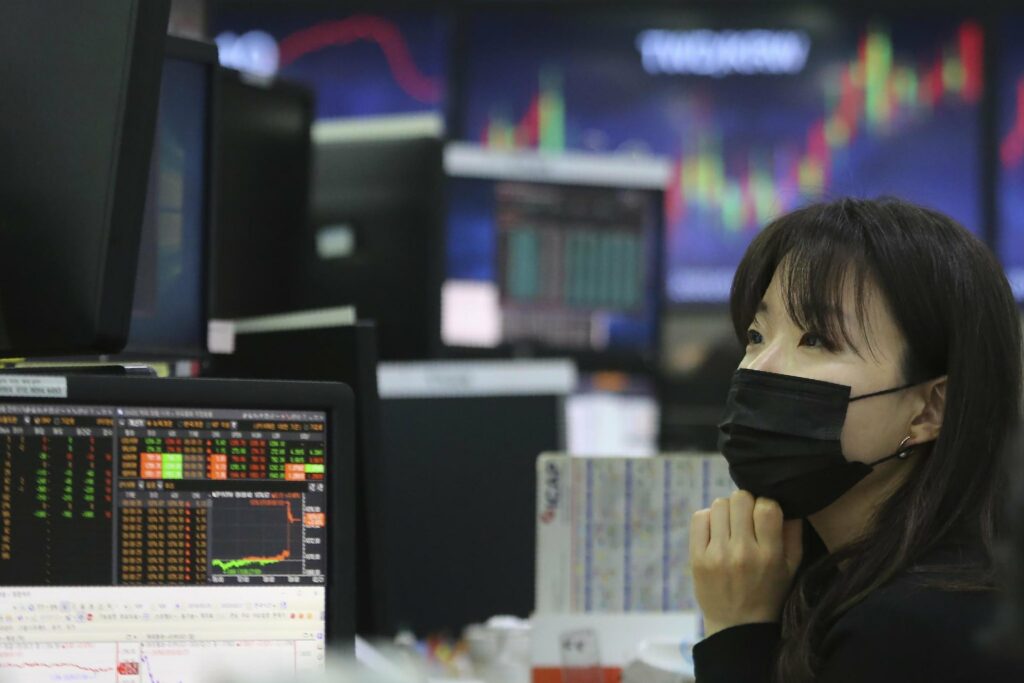 GM: In terms of systemic collapse, the biggest threat that is effectively crashing all stock markets, and I am sure is cynically a much bigger concern than losses of life for the rich and powerful, is of course the near collapse of the global economy. Everywhere in the world, central banks are literally throwing money at the problem: to no effect. Financial markets, just like individuals, are utterly terrified. Sam, to give you an example, in the US the Federal Reserve has already injected $1.2 trillion to patch the hole. In the EU, the European Central Bank is doing the same. Everybody is basically printing money, terrified to have a run on banks. It is, if you wish, because one has to keep a sense of humor, like the run on toilet paper! Sam, more seriously, the global COVID-19 depression, not recession, is coming. It is likely to be worse than the Great Depression of 1929. 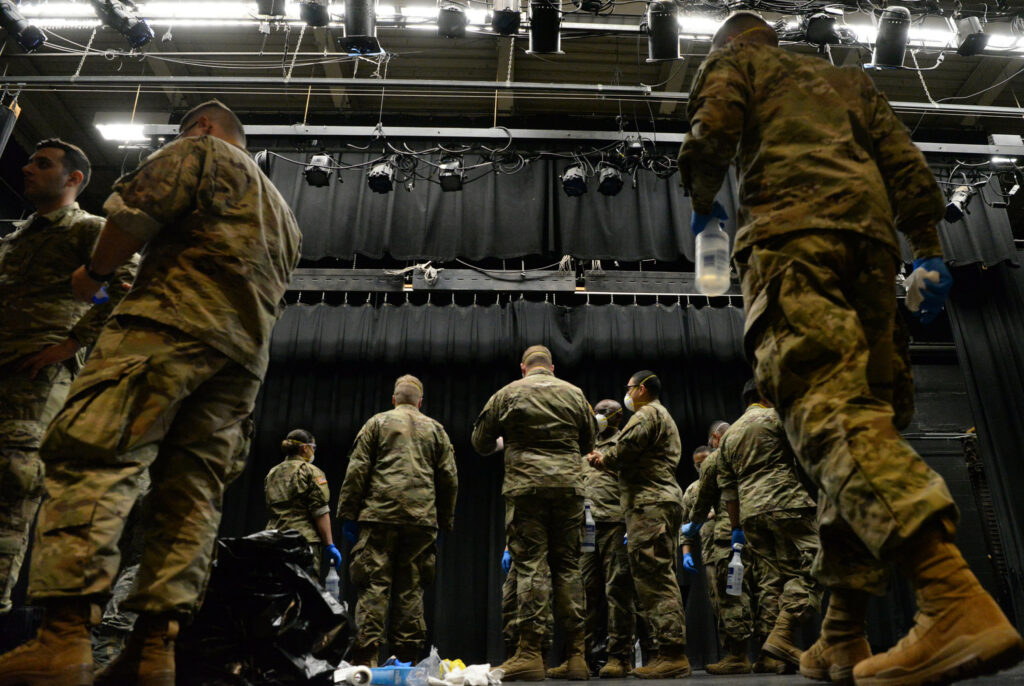 GM: Basically Sam, all the reactions of governments and institutions like the WHO (World Health Organization) were wrong: mainly by their timing and the lack of transparency. There are some notable exceptions such as China, South Korea and Germany. Elsewhere, all political leaders have failed or are failing. In China, where the pandemic appeared in December 2019, they were almost immediately pro-active and transparent by, for example, letting the international scientific community know, as early as January 10th, about the coronavirus. Further, they handled the problem with draconian confinement measures. For its part the WHO failed by not declaring COVID-19 a pandemic early enough.

With the exception of China, South Korea and Germany, the other countries failed by not testing enough. Either because they couldn’t do it, or to deliberately hide the number of cases. Basically, the pandemic exposed governmental failures everywhere. For example, in France, which is currently under lockdown and citizen confinement, Health Minister Agnes Buzyn gave a warning of a coming “coronavirus tsunami” both to President Macron and Prime Minister Edouard Philippe in mid-January. She wasn’t heard. It’s all a question of timing, Sam. Timing, full transparency, and international cooperation. But certainly not panic and shutting down borders. 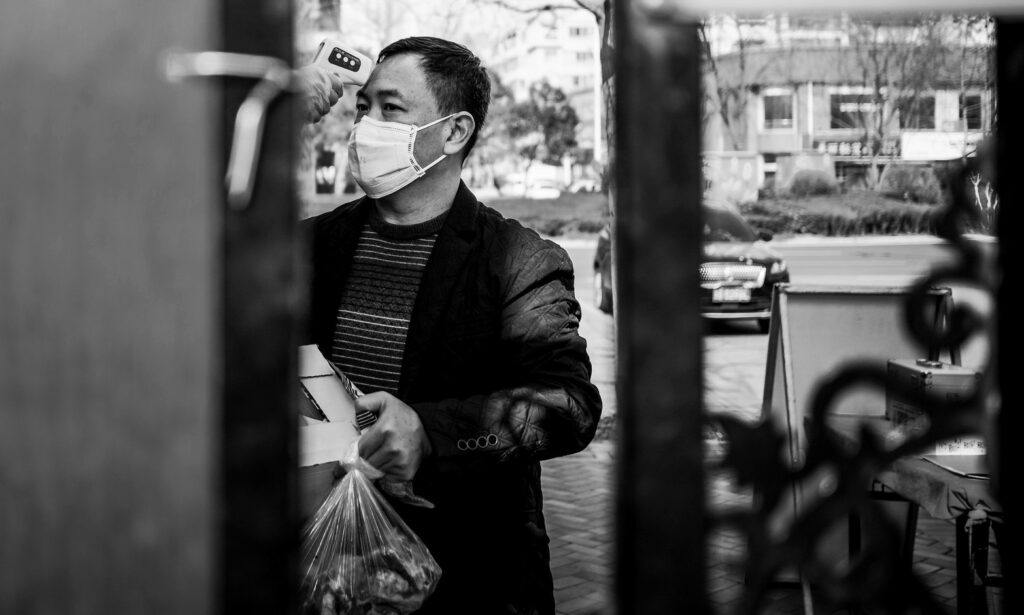 GM: Absolutely not Sam! What’s going on worldwide is more than alarming. The authoritarian patterns applied by governments, one after another, are just incredible. Italy, Spain and France are supposed to be democracies, but at the moment, more than 250 million Europeans are living under, de facto, martial law. Citizens have lost all basic freedom of movement and assembly. They are virtual prisoners, confined to their homes, with police and the military patrolling the streets. Fear and paranoia have set in as citizens have been deprived, almost overnight, of all civil rights. They can only go out to buy food, medical supplies, and go to work if they cannot work remotely. Surreal ghost cities, it is Orwellian in nature. Europeans’ daily reality has become a dystopian nightmare. 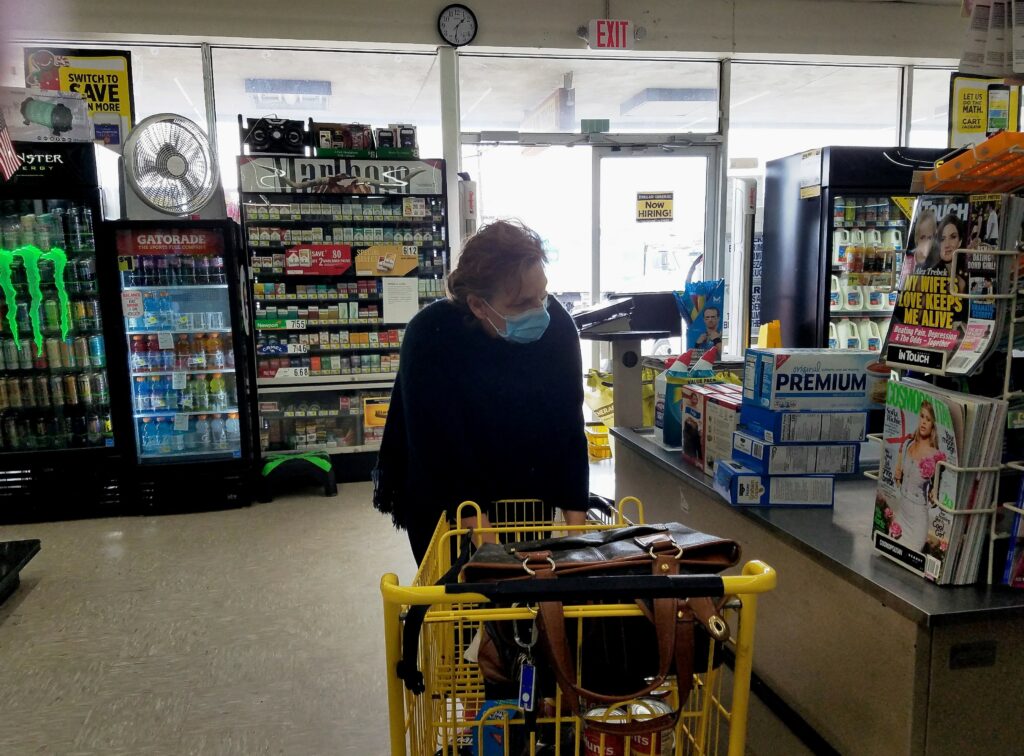 GM: Yes absolutely Sam, the panic buying and compulsive hoarding seem to be as contagious as the coronavirus. It is bordering on collective psychosis. Nowadays, you go to a supermarket in the US or in Europe, and you see empty shelves. What is surprising, as people seem to gather enough food for months, is the run on toilet paper. It is, at the same time comical, pathetic, and symptomatic. Perhaps, deep inside, the toilet paper hoarders know that they are assholes! But, jokes aside, what governments should worry about is jobless people, burdened with debts, running out of money. Also, increased food shortages, which most people can witness in supermarkets, could quickly translate into social unrest: major ones, especially in countries with a history of revolution like France. 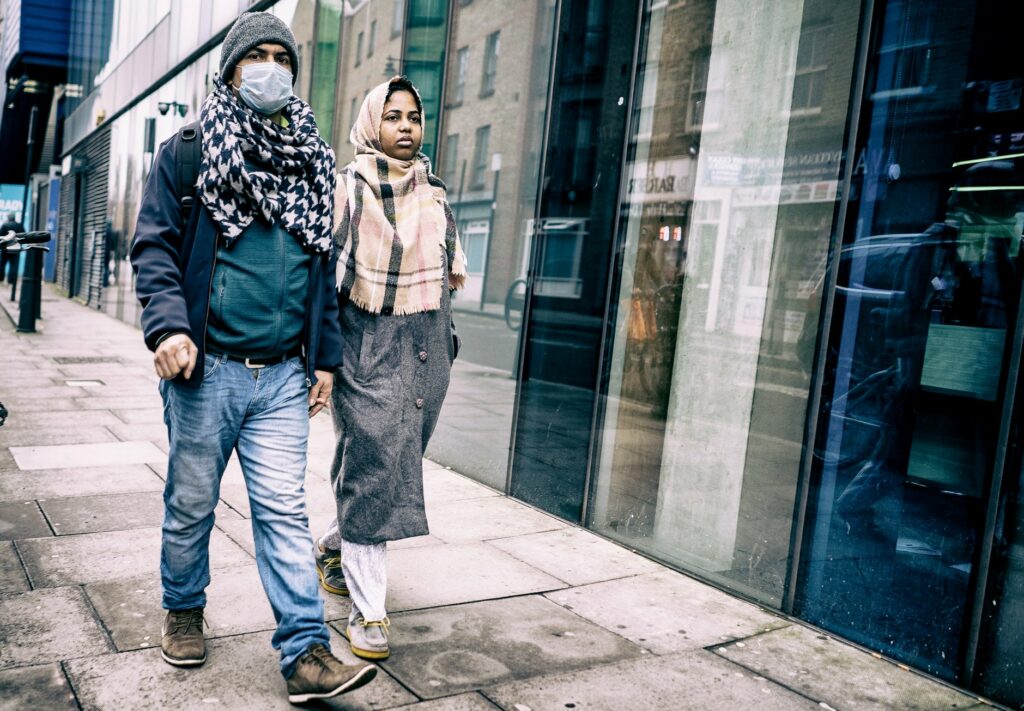 GM: Yes, I am probably one of the rare people who see a unique opportunity in this coronavirus crisis. This is THE wake call for humanity! A moment of truth that must bring up a complete reassessment of the way we live. Not only together, but also our relationship with nature. Again, Sam, I truly think COVID-19 is the completely unexpected vector of a global sociological paradigm shift. Everything must be on the table, actually it is time to do tabula rasa. Sam, even as a human who belongs to an age group at greater risk, I think COVID-19 is a good thing as long as we deal with the structural macro elements of the systemic crisis, which are again: global warming, social inequality, and overpopulation. 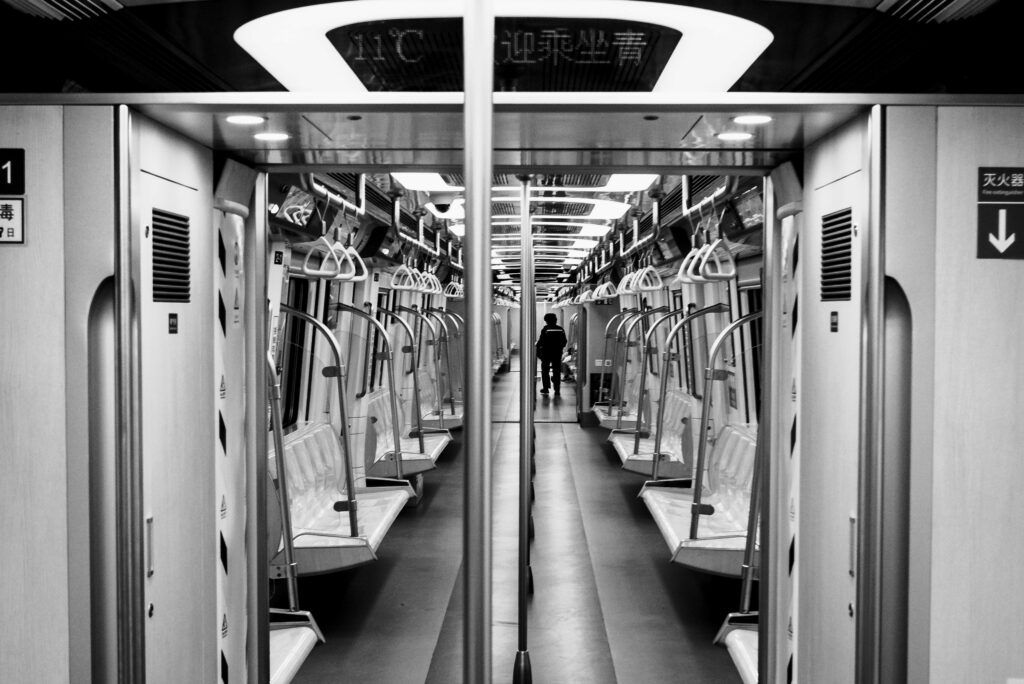 GM: Of course Sam, I think that the COVID-19 pandemic is linked to the way humanity has messed up the natural world since the industrial revolution. It is all interconnected: I mean the current pandemic and the climate crisis. All connected to a Faustian vision of the world where humans behave like the masters of nature not just a portion of it. The coronavirus crisis is a lesson in humility. It will perhaps gives our specie the opportunity to reinvent itself, and that way dodge a looming collapse.

Listen to the full interview of Gilbert Mercier by Sam Mitchell on Collapse Chronicles.

The Art of Gaslighting