Massive anti-Beijing protests which have gripped Hong Kong over the past month, and have become increasingly violent as both an overwhelmed local police force and counter-protesters have hit back with force, are threatening to escalate on a larger geopolitical scale after the White House weighed in this week.

With China fast losing patience, there are new reports of a significant build-up of Chinese security forces on Hong Kong’s border, as Bloomberg reports:

The White House is monitoring what a senior administration official called a congregation of Chinese forces on Hong Kong’s border.

From nearly the start of the protests which began over a proposed extradition bill (which would see Hong Kong citizens under legal accusation potentially extradited to the mainland) interpreted as major Chinese overreach inside historically semi-autonomous Hong Kong, officials in Beijing have suggested an “external plot” afoot, more recently alleging the hidden hand of the United States.

The latest charge made Tuesday by mainland government officials is that the still escalating Hong Kong unrest is the “creation of the US” — something which the Trump admin official speaking under anonymity to Bloomberg firmly denied.

On Monday Secretary of State Mike Pompeo said during a press interview that “protest is appropriate” and that “we hope the Chinese will do the right thing” regarding respecting Hong Kong’s historic “one country, two systems” status. This was enough to elicit a quick response alleging US meddling out of Beijing on Tuesday.

“It’s clear that Mr. Pompeo has put himself in the wrong position and still regards himself as the head of the CIA,” Chinese Foreign Ministry spokeswoman Hua Chunying said at a news briefing. “He might think that violent activities in Hong Kong are reasonable because after all, this is the creation of the U.S.”

What is the deal with the leaders in Big Tech having wide dilated pupils, even under bright lights? Is it a sign they have already merged with AI via brain chips?

China’s position has been to recently declare the protests going “far beyond” what’s legal and “peaceful” amid clashes with police.

Last week Chinese military leaders hinted that People’s Liberation Army troops could be used to quell the protests following widespread reports of vandal attacks on the central government’s liaison office in Hong Kong, according to The New York Times. Ministry of National Defense, Senior Col. Wu Qian, said at the time, “That absolutely cannot be tolerated.”

For now, few details are known concerning the reported Chinese “build-up” on the border, which could consist of military forces, as Bloomberg added to its report:

The nature of the Chinese buildup wasn’t clear; the official said that units of the Chinese military or armed police had gathered at the border with Hong Kong. The official briefed reporters on condition he not be identified.

The timing of the back and forth unsubstantiated allegations is interesting especially in light of President Trump seeking to reinvigorate stalled trade deal negotiations with China, currently being conducted in Shanghai following the ceasefire to the trade war. 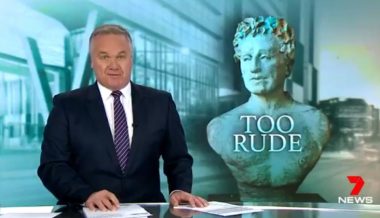