The Defense Advanced Research Projects Agency (DARPA), which is the arm of the US Department of Defense responsible for developing technologies for military use, is working to develop a new artificial intelligence (AI) program that would automate dogfighting, or battles between fighter aircraft at short ranges.

According to a report by Aviation Week, DARPA’s Air Combat Evolution (ACE) program will develop AI algorithms that automate such combat and even test them in “a modeling and simulation environment.”

The report also explains that dogfighting is not very difficult to automate. Rather, the challenge lies in getting the pilot to trust the automation.

“ACE will develop methods of modeling and measuring trust, including crosscheck ratio – essentially how often the pilot grabs the stick to counteract the automation,” the report explains.

The first contract to develop the technology, which is known as Technical Area (TA) 3 of the project and is worth $10.6 million, has been awarded to Lockheed Martin’s Skunk Works division, which consists of a team of engineers and scientists working to “solve the most critical national security issues.”

The other technical areas of the project are TA1, the development of algorithms for “local combat autonomy”; TA2, which consists of “building trust in those local behaviors”; and TA4, which is “integrating those algorithms into full-scale aircraft,” Aviation Week reported. The contracts for those technical areas have yet to be awarded.

The report also notes that DARPA plans to award TA3 contracts to “two performers” but the TA2 and TA4 contracts to only one performer each.

DARPA has also sponsored the AlphaDogfight Trials in April, which are a virtual competition to test out AI algorithms before the TA1 development phase, Aviation Week explained. The trials will gather eight industry and academic teams to demonstrate their AI-based dogfighting systems. 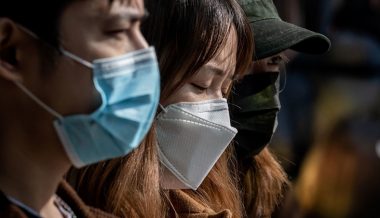 Graham Phillips – a real look at Azovstal and the fighting...

Graham Phillips – a real look at Azovstal and the fighting...