One of the hardest hitting and most politically incorrect, yet also one of the most famous comedians has released a new Netflix comedy special and is now facing the wrath of the progressive left.

Dave Chappelle released a new comedy sketch called, “Sticks and Stones,” on Netflix recently and it features some of his most controversial work yet. In the words of Tonja Renee Stidum, writing for thegrapevine.theroot.com, “Dave Chappelle doesn’t really give a f-ck what people think.” In his special, Chappelle targets groups ranging from the LGBT community, white meth addicts, Louis C.K.’s accusers, and perhaps most controversially, Michael Jackson’s alleged victims. His comedic boldness has earned praise from many conservatives who view Chappelle’s work as a push back against politically correct culture as well as the ire of some progressives working at several mainstream media companies.

The Dave Chappelle “Sticks and Stones” Netflix special is very funny, irreverent, and has the social justice mob up in arms

You should watch it.

Chappelle ended a 10-year break from comedy when he signed a deal in 2016 with Netflix to release several stand-up specials, and his latest released work, “Sticks and Stones,” has easily been his most controversial. 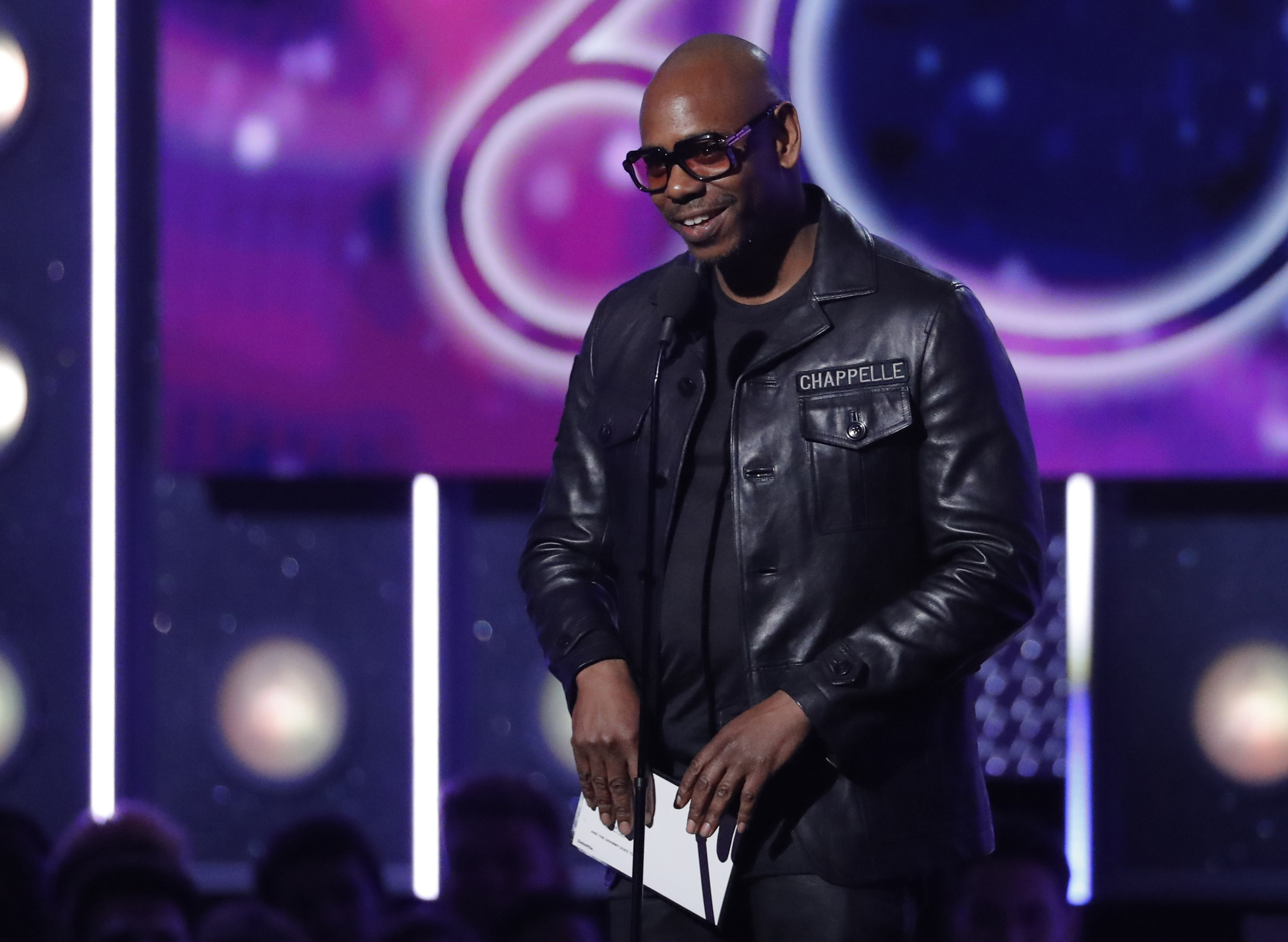 A major theme of critiques of Chappelle’s work is that he is both homophobic and transphobic.

The New Republic begins an article by simply asking, “what is Dave Chappelle’s problem with gay people?” The author adds that, “its not just that the comedian’s Netflix specials are rife with homophobic and transphobic jokes. It’s that the jokes are bad.”

While this author is certainly entitled to his opinion, the audience’s laughter during the sketch seems to place him in the minority. Vice tells us that we “can definitely skip Dave Chappelle’s new Netflix special,” for almost the same reasons that the New Republic cited, namely the “misogyny” and “transphobia” they found in the special.

Chappelle himself acknowledges that he enjoys writing jokes about transsexuals and also that he understands why they might have cause to hate him. “Trans people hate my f-cking guts and I don’t blame them. […] I can’t stop writing jokes about these n-ggas,” he says in the special.

Tomi Obaro at Buzzfeed News says that “his truth-to-power comedy only works if he acts as though trans people and black people are wholly separate entities. It’s enough to make you want to tie Chappelle to a chair and force him to binge-watch episodes of Pose.” 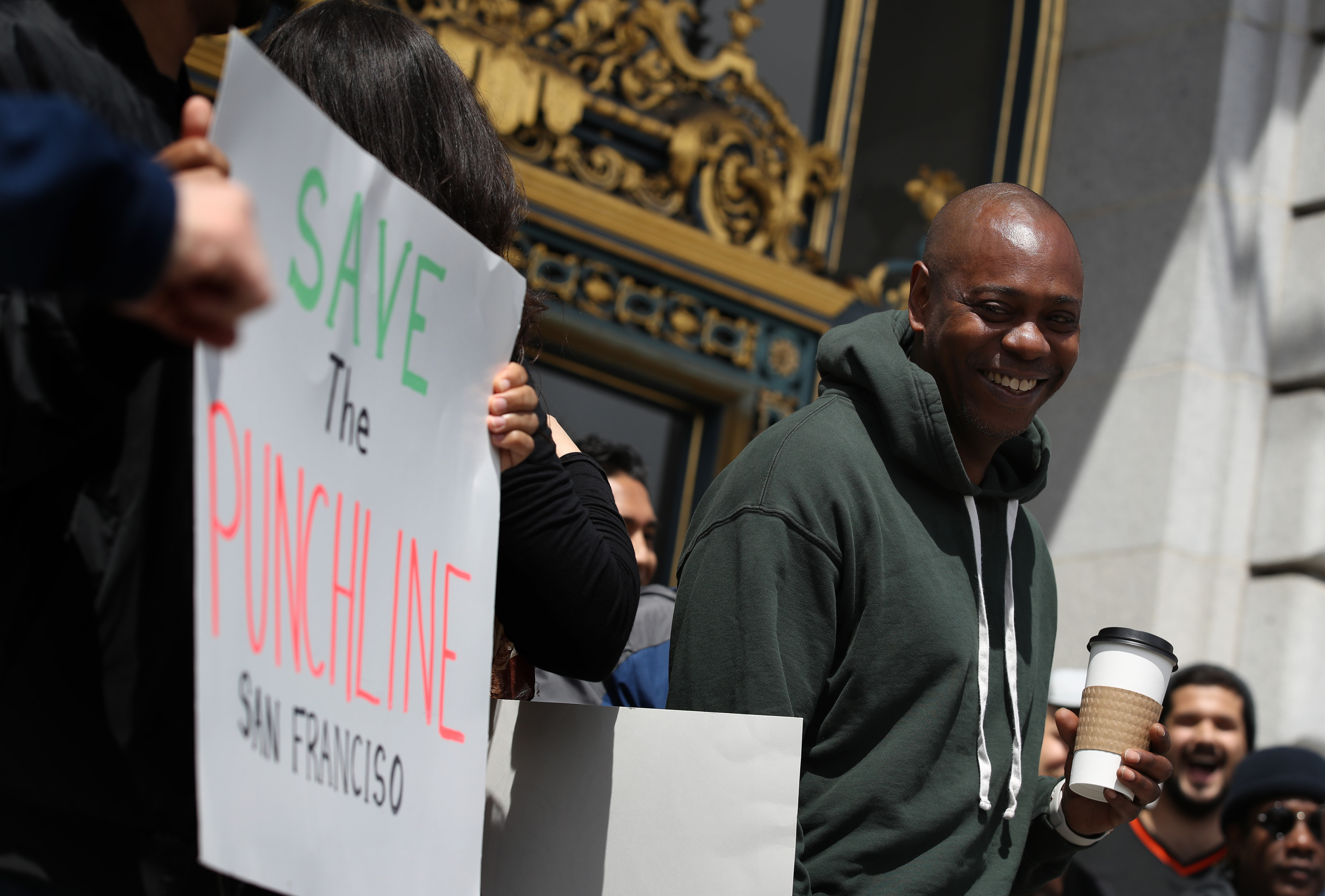 SAN FRANCISCO, CALIFORNIA – MAY 21: Comedian Dave Chappelle looks on during a rally to try and save the famed Punchline Comedy Club on May 21, 2019 in San Francisco, California. (Photo by Justin Sullivan/Getty Images)

No topics were off-limits for Chappelle. He calls himself a “victim-blamer,” and proceeds to talk at length about the allegations of sexual abuse from Michael Jackson and places some blame on the people that Louis C. K. allegedly sexually harassed. Chappelle acknowledges that he’s about to jump into dicey territory right before he begins talking about Jackson saying, “I’m gonna say something that I’m not allowed to say.”

Chappelle states outright that he doesn’t believe Jackson’s accusers. But he goes even further: “I know more than half the people in this room have been molested in their lives. But it wasn’t no Godd-mn Michael Jackson, was it? This kid got his d-ck sucked by the King of Pop! All we get is awkward Thanksgivings for the rest of our lives,” and also said that someone needs to teach these kids that there are no “free trips to Hawaii.”

Buzzfeed was particularly unimpressed by this type of shock humor, writing, “it’s the kind of purposefully ludicrous statement that’s designed to provoke, of course – it’s not even funny so much as shocking.”

Complex approached criticizing Chappelle from a different angle. Rather than focusing on the subjects covered in the sketch, they instead decided to attack the character of many of the people that enjoyed Chappelle’s work. They say, “while we can’t imagine the guy who spent a chunk of his acclaimed Comedy Central series, ‘Chappelle’s Show’ railing against racism in America wanting to align with the far-right MAGA extreme of the nation, it’s exactly that side that’s now propping Chappelle up.”

The author provides no examples of this “far-right Maga extreme” lining up to support this black comedian who targets every racial group with absolute impunity, but he goes on to say, “but now, in addition to the response coming from certain sections of his fanbase that remain confused regarding where Chappelle stands on everything, there’s the far-right element putting him on a pedestal as a face of its toxic ideologies.” (RELATED: Dave Chappelle’s New Standup ‘Sticks & Stones’ Is Outstanding)

Even though “Sticks and Stones” has received plenty of backlash, the live audience certainly seemed to enjoy it. It also appears to be popular with the vast majority of people that watch it, receiving a glowing 8.5 stars on IMDB and a 99 percent audience rating on Rotten Tomatoes.