Holmes, a career foreign service officer, testified behind closed doors Friday that he heard Trump during a phone call with the U.S. ambassador to the European Union, Gordon Sondland, asking about an investigation into the Bidens, a source with direct knowledge of the testimony said, NBC News reported. This phone call occurred on July 26, one day after the phone call between Trump and Ukrainian President Volodymyr Zelenskiy that has sparked an impeachment inquiry. 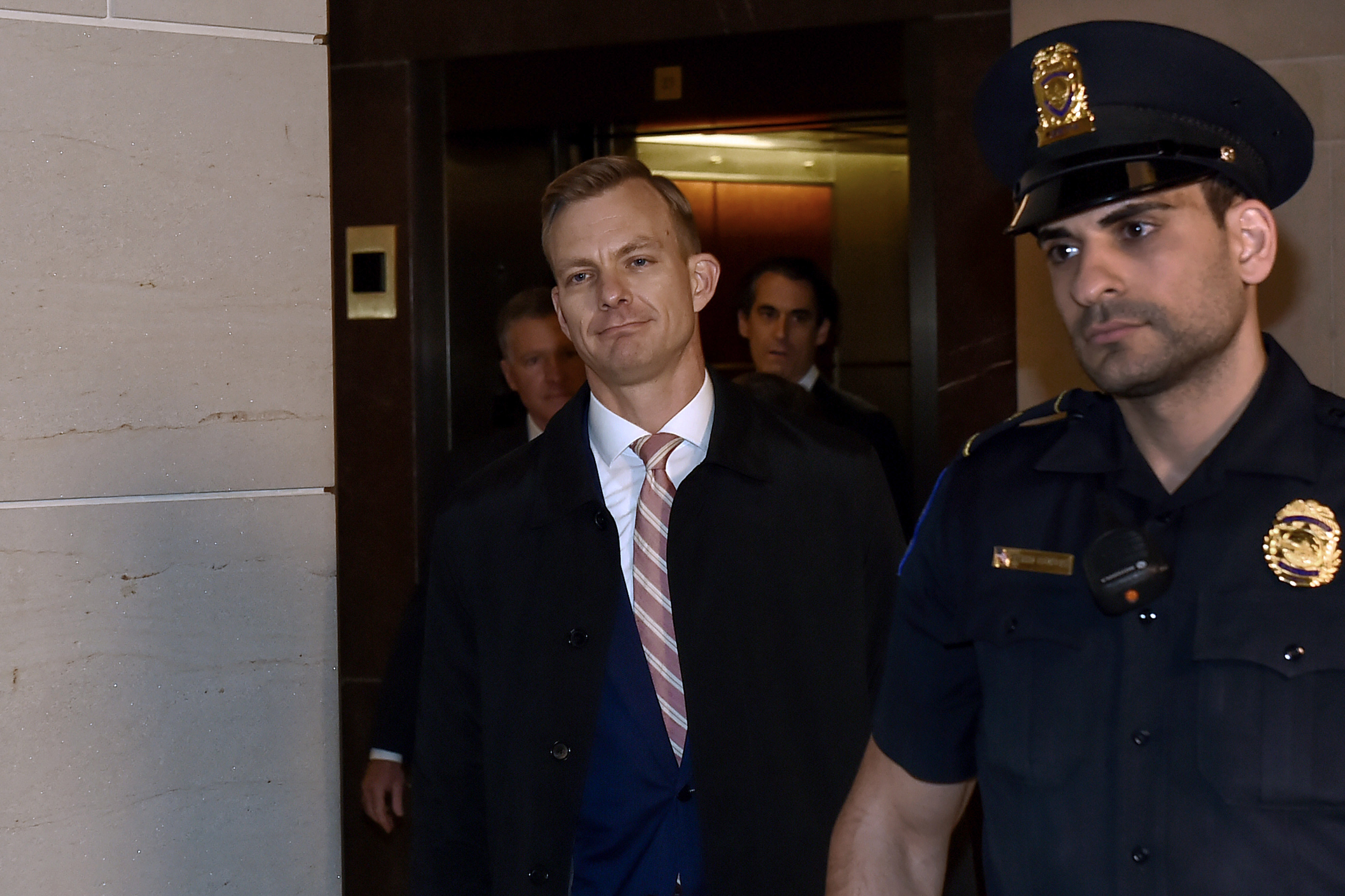 David Holmes, a State Department official, arrives to appear in a closed-door deposition hearing as part of the impeachment inquiry at the U.S. Capitol in Washington, D.C., on Nov. 15, 2019. (OLIVIER DOULIERY/AFP via Getty Images)

The career foreign service officer was subpoenaed to testify Friday, and his comments back up previous statements from Bill Taylor, the top U.S. diplomat in Ukraine. Taylor said on Nov. 13 that Holmes informed him about the July 26 phone call in October, CNN previously reported.

Taylor’s suspicions about a quid pro quo were based on an Aug. 28 news article from Politico and a second-hand summary of the Sept. 1 conversation that Sondland had with one of Zelenskiy’s top advisers, he said during the testimony. (RELATED: Schiff Announces Impeachment Hearing Schedule)

Holmes was able to hear the conversation because Sondland held the phone away from his ear, as the president spoke loudly, the statement reads. He didn’t take notes of the phone call, but remembers it well and informed embassy staff afterwards, Holmes added.

Sondland told Holmes after the phone call that Trump only cares about “big stuff” regarding Ukraine, citing the “Biden investigation” as an example, the statement also reads. Sondland is set to testify publicly next week, CNN reported.

The House’s impeachment inquiry is based on an August whistleblower complaint that accused the president of withholding funds from Ukraine in an attempt to get the country to look into the Bidens.