Climate change activists blocked traffic in Washington, D.C. Friday while chanting slogans expressing support for comedian Bill Nye “The Science Guy,” who regularly says the Earth is on the cusp of extinction.

Shut Down D.C. planned to surround the World Bank in an effort to pester the financial institution into divesting itself of fossil fuel products. The demonstration coincides with a weekly rally led by 1960s actress Jane Fonda.

“Not only do the leaders of the major financial institutions know that they are contributing to the biggest existential crisis of our lifetime, they are preparing for it,” Raegan Davis of Shut Down D.C. said in a press statement ahead of the march.

Activists would rather shut down the World Bank if it is unwilling to take action on climate change, she added. Other activists appeared to chant praises for Nye, who said in 2017 that older generations might have to die out before young people can prevent climate extinction.

“We trust Bill Nye, climate change is not a lie,” the activists shouted while marching through the streets. “The planet is on fire, put the fire out.” They were holding a banner that read: “Extinction Rebellion.”

Friday’s protest is one of a handful of rallies activists have orchestrated in recent months. Activists blocked key intersections in the capital in September, causing “gridlocked” traffic across D.C. Police arrested protesters at the time but the demonstrations continued despite the arrests.

Ezra Levant of http://rebelnews.com joins The Alex Jones Show to paint a bleak picture of the future of free speech. 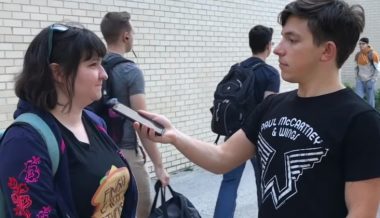 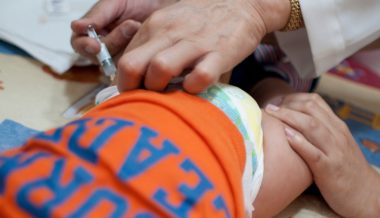