Defense attorneys for the illegal alien charged with murdering 20-year-old University of Iowa student Mollie Tibbetts sought to point fingers at Tibbetts’ boyfriend, suggesting he was involved with her abduction and murder.

In August 2018, Cristhian Bahena Rivera, a 25-year-old illegal alien from Mexico, was charged with the murder of Mollie Tibbetts after police said he admitted to confronting and chasing down the young woman.

Following a nationwide search, Tibbetts’ body was found in a cornfield in Poweshiek County, Iowa. The illegal alien lived in a region of Iowa surrounded by sanctuary cities, Breitbart News reported. He worked on a dairy farm using a stolen ID and Social Security card after allegedly crossing the U.S.-Mexico border as a child.

During the first day of the trial on Wednesday, following the prosecution’s opening statements, Tibbetts’ boyfriend Dalton Jack was called to the witness stand.

In his cross-examination, Bahena Rivera’s defense attorney Chad Frese seemingly suggested in questioning that Jack may have had something to do with Tibbetts’ abduction and murder — bringing up his cheating on Tibbetts, his joining the United States Armed Forces after Tibbetts’ murder, his temper as a teenager, his and Tibbetts’ potential for a break up leading up to her murder, and his being upset that Tibbetts had decided not to move in with him.

Jack said he did not know Bahena Rivera, nor did Tibbetts, and had no access to the defendant’s Chevy Malibu. The Poweshiek County, Iowa Sheriff’s Department officer who responded to the first call of a missing person at Jack’s brothers’ home said Jack seemed “normal” and there were no signs of a struggle at the residence. 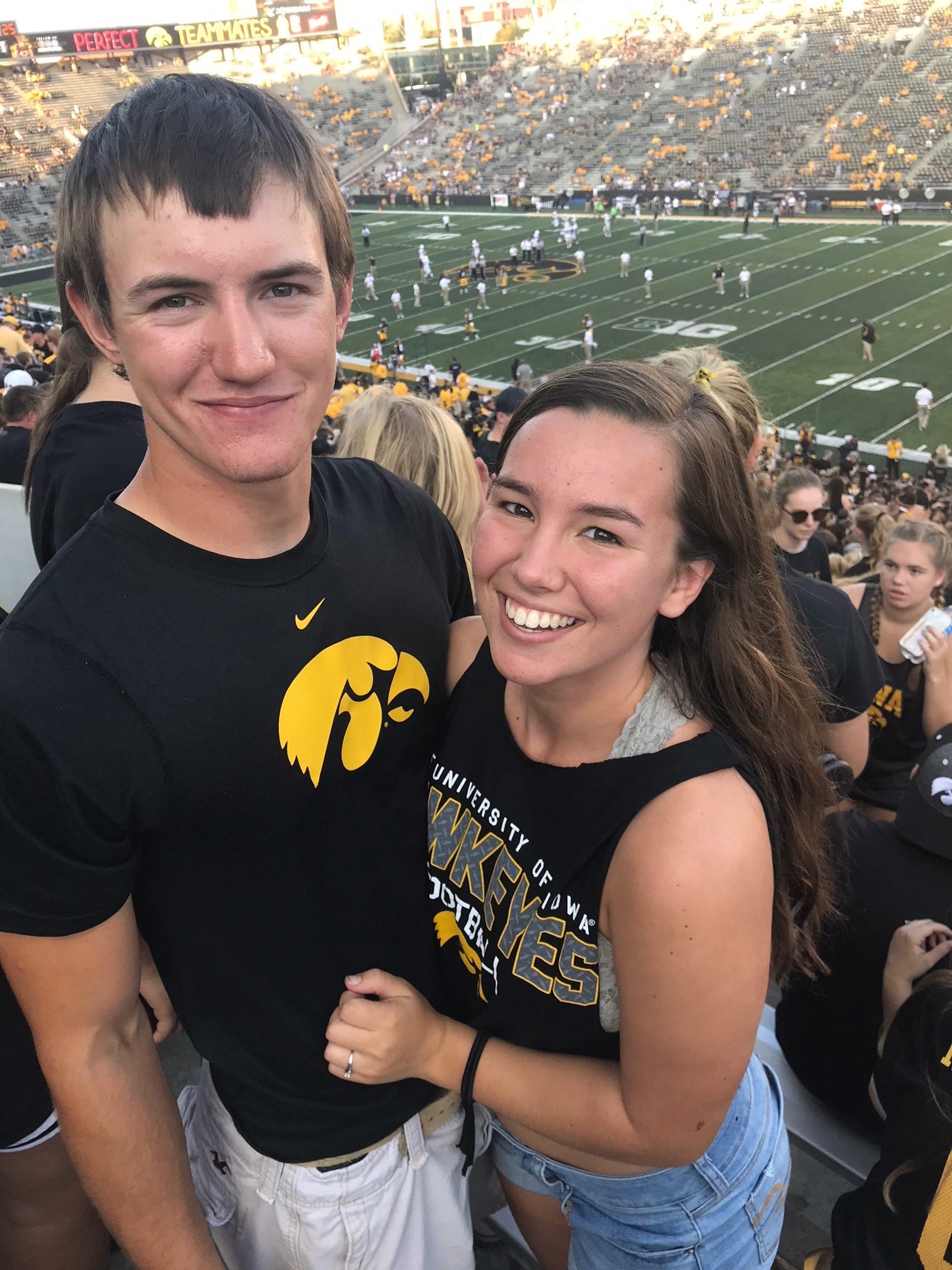 Dalton Jack (Left) and Mollie Tibbetts (Right) pictured at a University of Iowa football game sometime before she was murdered in July 2018. (Photo via Facebook)

The defense confirmed they will call Jack to testify again after the prosecution wraps up its case to the jury of eight white female jurors and seven white male jurors ranging from 19 to 74-years-old.

Bahena Rivera’s cousin was also called to the witness stand on Wednesday, noting that she helped her cousin buy the Chevy Malibu which prosecutors have said is where Tibbetts’ DNA was found in the trunk. The cousin confirmed that she bought the car for Bahena Rivera because he was unable to as an illegal alien living in the U.S.

According to prosecutors, Bahena Rivera was the last person who saw Tibbetts jogging on the evening of July 18 in Brooklyn, Iowa. She went missing later that night.

Bahena Rivera, according to police, said Tibbetts was jogging when he saw her. At that point, Bahena Rivera said he approached Tibbetts and began talking to her. After Tibbetts told Bahena Rivera she would call the police if he did not stop following her, the illegal alien allegedly chased her and “blacked out” after that.

Police believe Bahena Rivera stabbed Tibbetts to death, dumped her body in a cornfield, and placed corn stalks over her to prevent law enforcement from finding her. The illegal alien has been held on a $5 million bond.