Democrats expressed concerns that voters might be affected by GOP anti-impeachment ads over Thanksgiving break, lawmakers and aides said.

Groups supporting the GOP purchased almost $8 million in television ads targeting pivotal districts, Politico reported. Most of these ads will focus on criticizing Democrats about impeachment, and Democrats expressed concerns to party leaders that voters will be impacted by the ads as they watch football or the Thanksgiving parade, multiple lawmakers and aides told Politico.

“Many of us have been expressing our concerns to leadership,” a Democratic lawmaker told Politico, requesting anonymity to speak openly. “You don’t want to have to play catch-up.” (RELATED: Clinton, Bloomberg, Kerry, Holder … Major Dem Donors Wonder Who Can Save Them) 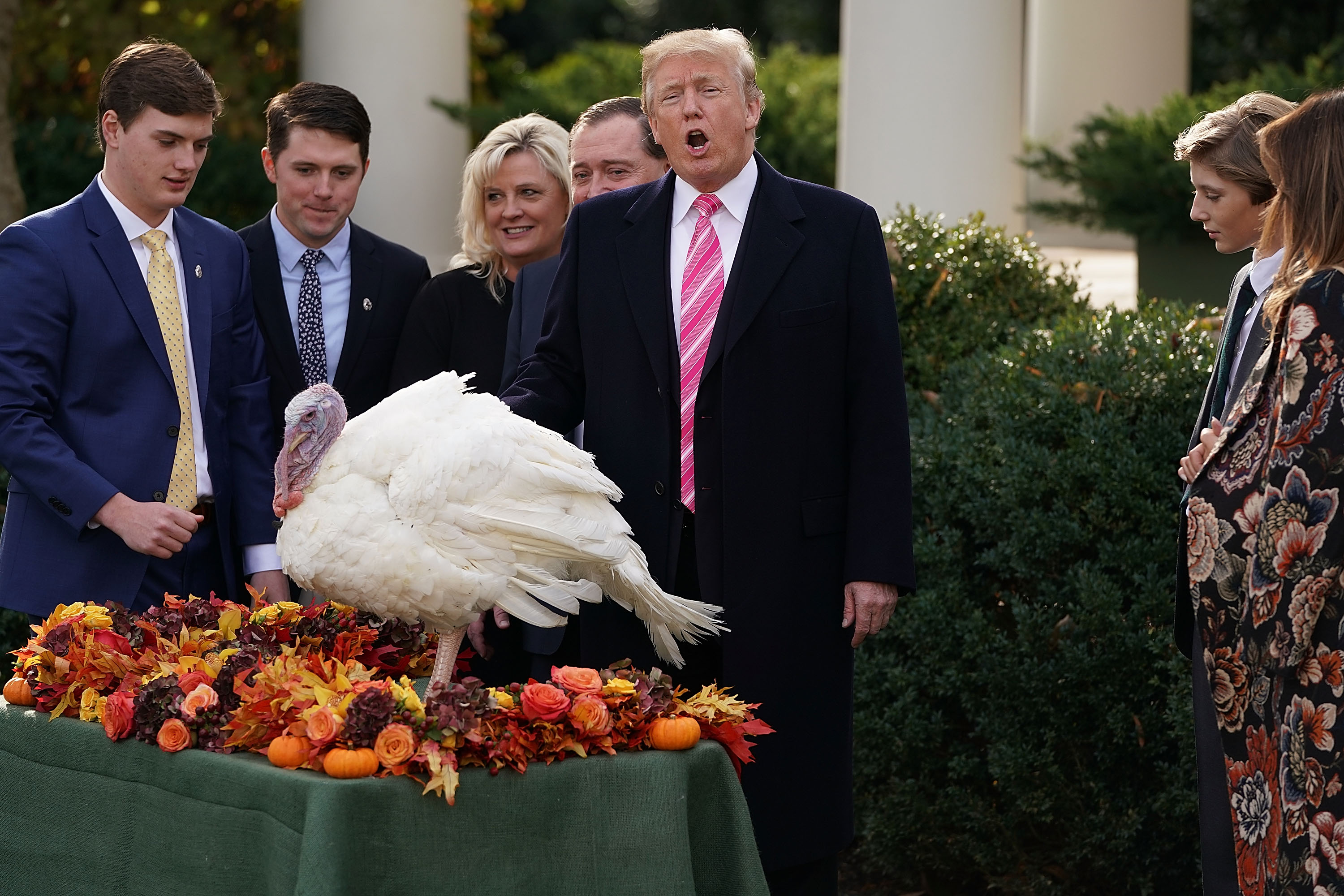 Following the presidential pardon, the 40-pound White Holland breed which was raised by Wittenburg in Minnesota, will then reside at his new home, ‘Gobbler’s Rest,’ at Virginia Tech. (Photo by Chip Somodevilla/Getty Images)

“Everyone knows you don’t just take a shot and sit there,” the lawmaker added. “It’s like someone taped our arms to our side and punched us in the face.”

Some of the Democrats voiced concerns to House Speaker Nancy Pelosi on Wednesday in a closed-door meeting with her and her team. Multiple people in the room told Politico a moderate Democrat asked whether Democrats will place ads in inexpensive media markets in rural swing districts.

Most Democrats dismissed these concerns to Politico.

“That’s probably something for the pundits to decide. I’m just focused on doing the right thing and voting for the district,” Democratic South Carolina Rep. Joe Cunningham said in an interview with Politico. “People in the First District are smart and they can sift through the fiction and get to the facts and when they do they realize that I’m the most bipartisan freshman Democrat.”

“They’re negative but you know, I’m out there in person telling my district the work that I’m doing and they know me,” Democratic Utah Rep. Ben McAdams told Politico. “They’re going to judge me based on who I am and my track record and I think I have a track record that resonates.”

News of Democratic concerns followed reports that 2020 presidential candidate Mike Bloomberg booked ad time in several media markets that will begin to air as early as Monday, according to Politico. Stations across the country have reported that Bloomberg has bought ad time, including stations in Mankato, Minnesota, Tallahassee, Florida, Pueblo, Colorado, and Sacramento, California.

Bloomberg plans to spend up to $500 million for this election, Politico reported. (RELATED: Bloomberg Allegedly Told An Employee To Abort Her Baby: ‘Kill It’)

The billionaire could spend more in a single day than most presidential candidates spend in their entire campaign, Democratic consultant pollster Fernand Amandi, who worked for former President Barack Obama’s campaigns, told Politico.