Abortion, the national debt, the Supreme Court, judges and more were topics completely ignored during Thursday’s debate. The candidates have expressed strong views on some of these topics. Gun control, Medicare, money giveaways, Afghanistan, and more took center stage.

Many took to social media to complain about the numerous topics that were ignored.

“Has there been any talk of birth control, abortion, planned parenthood, women’s health, title x?” author Molly Jong-Fast tweeted as the debate was going on. She later tweeted “An hour on healthcare and NO talk about birth control.”

2020 Democratic candidate Kamala Harris weighed in on the lack of abortion questions as well, noting that the debate was “three hours long.”

The #DemDebate was three hours long and not one question about abortion or reproductive rights.

Moderators didn’t ask a single question about the national debt, either. This is the third debate in a row where the topic was completely ignored. In the first 11 months of Fiscal Year 2019, the federal government ran a deficit exceeding $1 trillion, according to the U.S. Treasury Department.

MSNBC anchor Stephanie Ruhle tweeted Friday morning that there was “NO mention of the Supreme Court or record number of judges Trump has put on the bench.” She spoke about some of the other topics not covered during the debate on Friday’s “MSNBC Live With Stephanie Ruhle.”

DOJ: Andrew McCabe To Be Indicted

Robert Barnes joins The Alex Jones Show to share the historic breaking news that Deep State operative Andrew McCabe will be indicted for crimes against America.

“I was also surprised they didn’t talk more about the issue that’s dividing Democrats, which is the issue of impeaching the president,” Charlie Sykes, editor in chief of The Bulwark, noted. “At some point they have many differences with themselves, but they didn’t talk that much about Donald Trump and what Congress should be doing about Donald Trump.”

“Also, was there any mention of the fact that we just hit a trillion-dollar annual deficit in this country?”

Ruhle wondered if it was a “huge miss” that Democrats didn’t address some of these issues, particularly what Trump has done with the Supreme Court.

“Because true family values, conservatives, they love what the president has done with regard to judges,” Ruhle said. 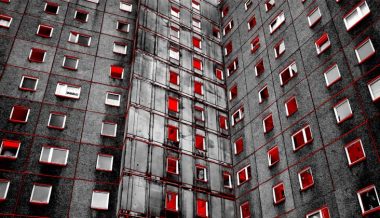