While constructing about 52 miles of border wall to replace existing barriers at the United States-Mexico border, Department of Homeland Security (DHS) officials confirmed to Breitbart News that they have yet to extend the current border fencing – but they promise a project is coming.

To date, DHS officials said no border wall construction has occurred in areas along the southern border where there were previously no barriers. Officials, though, told Breitbart News that they expect to start construction on about 25 miles of new wall on new land — that is, land that is currently vacant — this year.

Construction for this project, funded by Fiscal Year 2018 money, will begin in the fall in the Rio Grande Valley, Texas sector of the border. Other regions expected to get upgrades to their existing border barriers include the Laredo, Texas area.

Since President Trump’s inauguration in January 2017, DHS has completed about 52 miles of border wall construction at the southern border — all of which replaces existing, dilapidated fencing like those known as “Normandy barriers” that are low to the ground, easy to climb over, and only designed to stop vehicles from crossing the border. 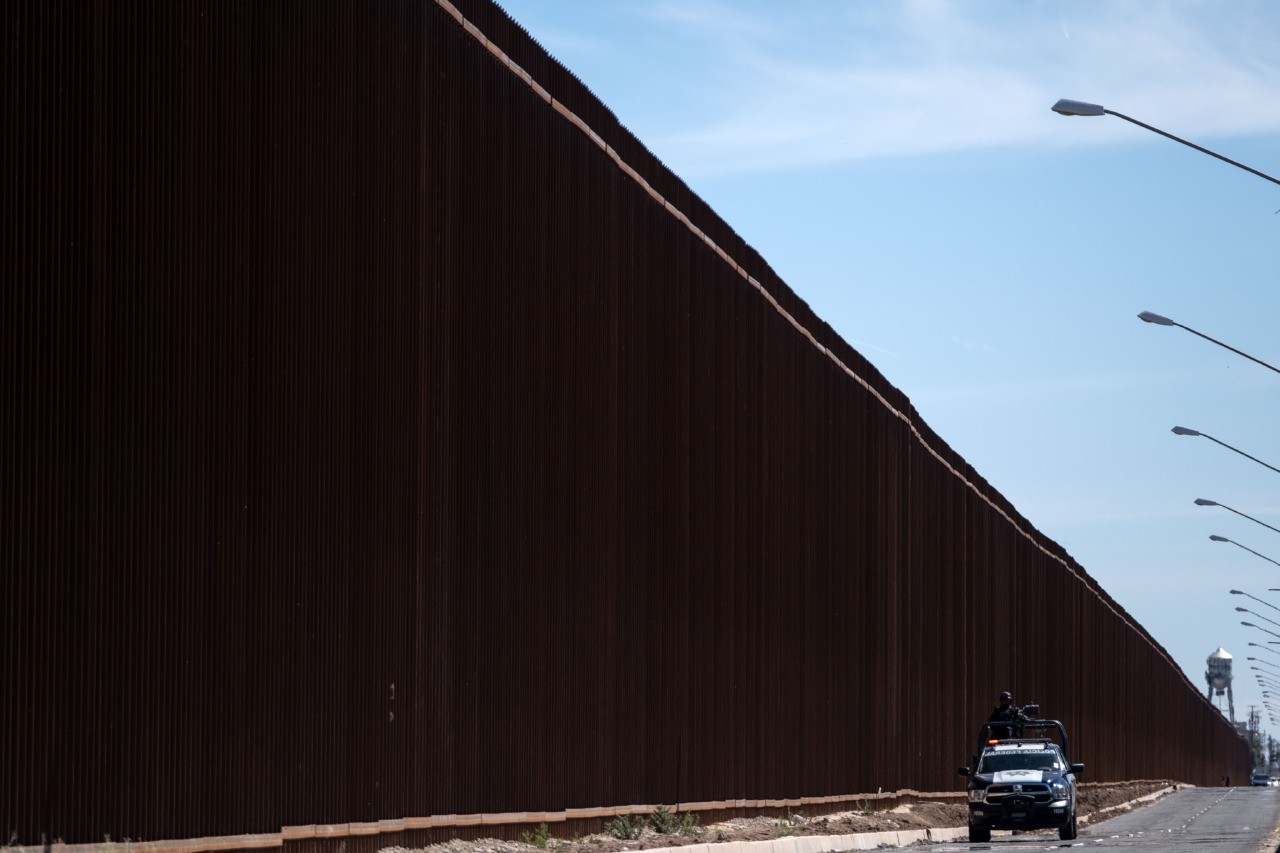 A Mexican federal police vehicle patrols by the US-Mexico border fence in Mexicali, Baja California state, Mexico within the security operation prior to the visit of US President Donald Trump to the border city of Calexico, in California, US on April 5, 2019. (GUILLERMO ARIAS/AFP/Getty Images)

In its place is mostly 18 to 30-feet high steel bollard fencing that has been erected in areas like the Calexico, California region, DHS officials told Breitbart News. U.S. Border Patrol Agents told Breitbart News in exclusive interviews that the upgraded barriers are not only reducing illegal immigration in those sectors but making them safer as well.

“We are safer and our objectives are much easier to meet,” Agent Mike Matzke told Breitbart News’s Brandon Darby and Ildefonso Ortiz.

The 52 miles of wall construction was funded by Fiscal Year 2017 and 2018 budgets. Congress primarily restricted the funding to be used to build barriers only in areas where barriers currently existed, thus ensuring that current border barriers are not extended to vacant regions.

The nearly 2,000-mile long U.S.-Mexico border has roughly more than 650 miles of existing barriers. Over the last year, DHS officials have repeatedly touted that hundreds of miles of border wall will be constructed by the end of 2020.

DCCC Chairman Sean Patrick Maloney: ‘We Have a Likability Problem’