Ken Cuccinelli, the acting deputy secretary of the Department of Homeland Security, lauded the Trump administration’s Remain in Mexico program, which has sent tens of thousands of asylum seekers back across the southern border to wait.

Cuccinelli appeared Sunday on “Fox & Friends” to discuss the White House’s efforts to manage the illegal immigration crisis at the U.S.-Mexico border, including its recent order to relocate National Park rangers to the area to help Border Patrol rangers and its success with the Remain in Mexico program.

Cuccinelli also noted that these National Park rangers will have arrest powers, allowing them to fully assist Border Patrol agents as the U.S. government cracks down on the flow of illegal migration and fight against cartel activity.

When DHS chief Chad Wolf visited the border earlier this week, according to Cuccinelli, officials within Border Patrol, Immigration and Customs Enforcement (ICE), and in United States Citizenship and Immigration Services (USCIS) all called Remain in Mexico an “overwhelmingly useful, helpful, successful” program.

Alex Jones breaks down the recent story of the Americans targeted for slaughter as President Trump declares war on the Mexican drug cartel.

Remain in Mexico, which is also known as Migrant Protection Protocols, requires asylum seekers who crossed through Mexico to reach the southern border to go back and wait in Mexico while their claims are processed through the U.S. immigration court system — a process that could take months. The program is ultimately designed to mitigate fraud as it prohibits asylum seekers from escaping into the interior of the U.S. before their claims are adjudicated.

Cuccinelli said the program, which was launched in January, has sent roughly 60,000 migrants back to Mexico.

“This is not just for people seeking asylum. It is also for people who’ve crossed the border illegally and they’re essentially on what we call a ‘detained docket.’  It means they are not going to be released until their case is heard, and so they’re waiting in Mexico as well,” he said.

“It’s been phenomenally successful, phenomenally helpful and really we need Mexico to maintain it and expand it,” Cuccinelli continued.

Remain in Mexico has not been the only tool the Trump administration has used to push asylum seekers back over the southern border. Earlier in November, the White House began implementing its asylum cooperation agreement with Guatemala, which requires migrants who cross Guatemala to first seek protected status there before doing so with U.S. officials. Migrants who do not follow this rule are subject to be returned to Guatemala.

The Bill of Rights is under assault.

Get DNA Force Plus 50% off and get a free bottle of Brain Force Plus now! 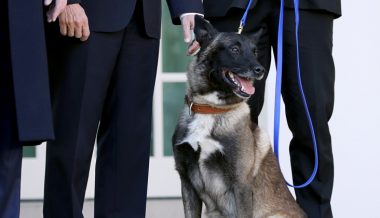 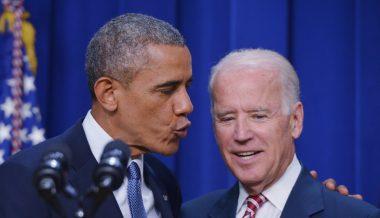 We are “not ruled by our leaders anymore, but by the so-called deep-state,” says Sonje van den Ende, expert on the West