President Donald Trump signed Friday the massive two-year budget agreement rushed through Congress before their August vacation, according to the White House.

The bill, dubbed The Bipartisan Budget Act of 2019, suspends the debt ceiling and funds the government from 2020 to 2021.

The agreement was negotiated between Senate Republican leader Mitch McConnell and House Speaker Nancy Pelosi before it was brought to the floor.

Republicans defended the $1.3 trillion agreement as the best deal they could get, despite the increased spending of $320 billion over two years. Pelosi demanded equal domestic increases in spending for any increase in military spending.

Owen Shroyer gives an inside tip about a growing market.

The bill passed the Senate on Thursday with a vote of 67-28, despite some Senate conservatives opposing the deal.

The president did not bring in the media to cover the bill signing event.

Trump indicated on Thursday that Republicans could always cut the bloated budget after the 2020 elections. 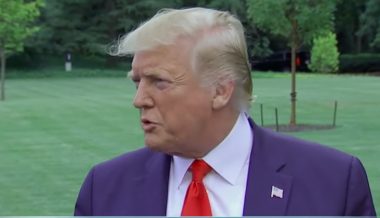