Economist Neil Shearing says that the escalation of America’s trade war with China could be the death knell for globalization and “the end of the world as we know it.”

Yesterday, the U.S. Treasury Department designated China as currency manipulator, the first time that has been done in 25 years.

The People’s Bank of China responded by warning that the decision would “bring turmoil to the financial market.”

Earlier, Trump slapped a new 10 per cent tariff on $300 billion worth of Chinese imports starting 1 September.

This followed China’s decision to order its state-owned companies to completely halt purchases of US farm products.

With no trade deal to end the impasse expected before the 2020 election, Neil Shearing, group chief economist at Capital Economics, says the consequences could be massive.

“Lingering in the background is a more fundamental concern – namely that we may be witnessing the end of globalization,” Shearing said in a note to clients.

“If so, the rapid increase in cross-border movement of goods, services, capital and people that has been the defining feature of the global economy over the past two decades may be about to reverse – with macroeconomic implications that would extend well beyond the narrow impact of tit-for-tat tariffs,” he said.

Shearing is predicting the possible “disintegration of the rules-based system” that has governed commerce since World War II and a “balkanization” of the economy where the U.S. and China operate on different payment systems and tech platforms.

“It’s too soon to say exactly how events will pan out, but this casts the escalation in the US-China trade war over the past year in an altogether more ominous light. We may be witnessing the end of the world as we know it,” wrote Shearing. 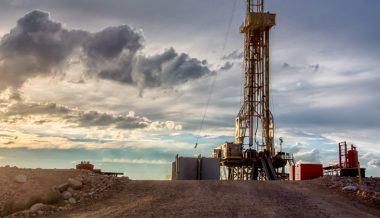