What was practiced in the shadows is now pushed onto the masses.

The Epstein scandal has revealed the dark underbelly of the global elite. Powerful men and women are trafficking children, and they enjoy destroying innocence.

In order for these people to survive, the rest of humanity needs to be twisted into adopting their satanic mindset.

These sick individuals have a vested interest in maintaining a morally bankrupt, defeated people that will not revolt against the rape and murder of innocent children.

Alex Jones discusses Epstein’s death and where it goes from here.

This is the reason behind the mainstream media push to accept pedophilia, late-term abortion and satanism.

“At this point there seems to be an inherent, intuitive grasp of what Satan can mean in a heroic context…”

Many of the recent mass shooters have been open satanists. The Dayton shooter wrote that he wanted to “Strike fear into the hearts of children of God; Show them the hell that waits below.”

Andrew M. Lobaczewski’s 1998 book entitled Political Ponerology (A Science on the Nature of Evil Adjusted for Political Purposes) discusses in depth the nature of psychopaths and their exploits when in positions of power.

These types are threatened by normal people in a moral society.

“The pathological social structure gradually covers the entire country creating a “new class” within that nation. This privileged class feels permanently threatened by the “others”, i.e. by the majority of normal people. Neither do the pathocrats entertain any illusions about their personal fate should there be a return to the system of normal man.”

“Thus, the biological, psychological, moral, and economic destruction of this majority of normal people is a “biological” necessity to the pathocrats.”

Your stand as an independent human with a conscience is the last firewall against this evil.

Special break down of the Swamp’s latest rhetoric that’s shaking the GOP base. 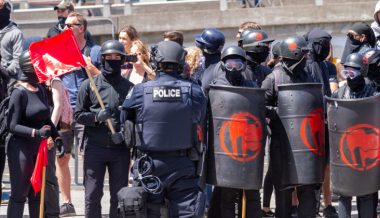 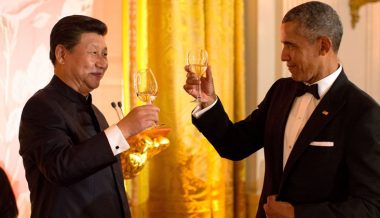 The Grand Conspiracy Of Wilfred Wong

Elijah Schaffer calls out the Democrats for what they are [Video]