The Television Academy will require all attendees of this year’s Creative Arts Emmys to prove they have been vaccinated against COVID-19 in order to attend the ceremonies.

The Emmys will return live to the Microsoft Theatre in Los Angeles, California this year, sans post-show Governors Balls, with a limited audience of nominees and their guests — all of whom will need to show proof of vaccination in order to attend, according to a report by Variety.

On Wednesday, Netflix reportedly became the first Hollywood studio to mandate full coronavirus vaccinations for all actors — and all crew members who come in contact with them — working on the streamer’s U.S. productions.

Meanwhile, the Walt Disney Co. reportedly required all attendees either get the jab or a negative coronavirus test in order to attend the Jungle Cruise movie premiere at Disneyland in Anaheim on Saturday. 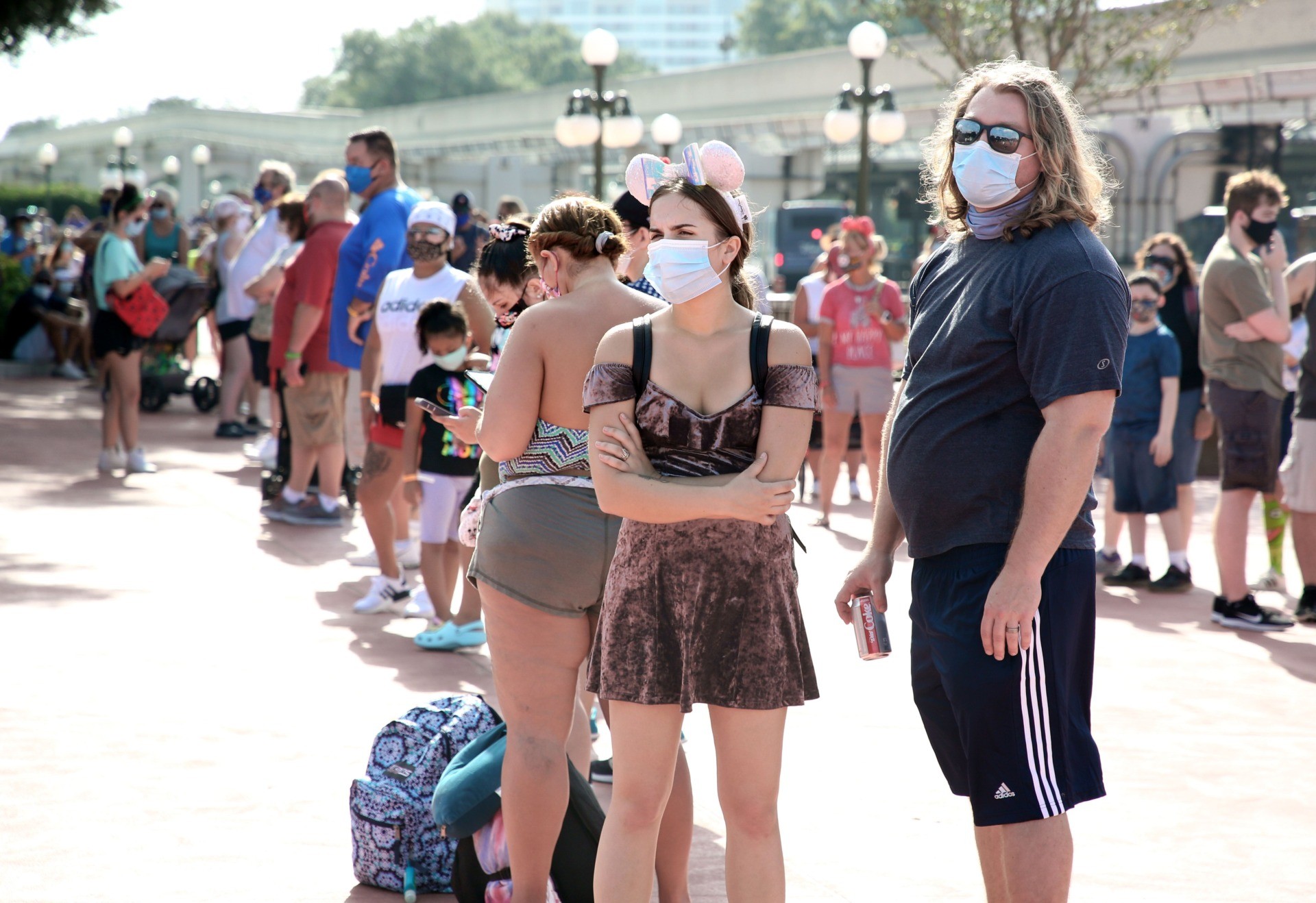 Guests wearing protective masks wait outside the Magic Kingdom theme park at Walt Disney World on the first day of reopening, in Orlando, Florida, on July 11, 2020. – Disney’s flagship theme park reopened its doors to the general public on Saturday, along with Animal Kingdom, as part of their phased reopening in the wake of the Covid-19 pandemic. New safety measures have been implemented including mandatory face masks for everyone and temperature checks for guests before they enter. (GREGG NEWTON/Gregg Newton/AFP via Getty Images)

Actor Sean Penn has also reportedly refused to return to the set of his upcoming Starz anthology series Gaslit until everyone in the production has received the coronavirus vaccine.

The news of mandatory vaccines at this year’s Emmys arrives amid a leaked internal slide presentation produced by the Centers for Disease Control and Prevention (CDC) that claims breakthrough cases in vaccinated individuals may be as transmissible as unvaccinated cases.

Gov Andrew M Cuomo of NY will receive the International Emmy Founders Award in recognition of his leadership during the Covid19 pandemic & his masterful use of TV to inform & calm people around the world. The Emmy will be presented to @NYGovCuomo on Nov 23 https://t.co/dwKIImwYNV pic.twitter.com/1mKkmg6FKW

Months later, however, Cuomo fell under fire for how his administration handled the state’s nursing homes. A directive Cuomo made last March forced nursing homes to accept coronavirus-positive patients in order to free up hospital beds.

A report from New York’s attorney general says that nursing home deaths could have been under-reported by as much as 50 percent, amounting to thousands of deaths.