Employees at the Manhattan Metropolitan Correctional Center where convicted pedophile Jeffrey Epstein reportedly took his own life last week are not cooperating with the Justice Department investigators according to Fox News.

Two senior DOJ officials sent by Attorney General William Barr have been on-site at MCC while the agency’s Inspector General investigates the situation. According to a senior DOJ official, Barr said that “serious irregularities” had been uncovered at the jail. 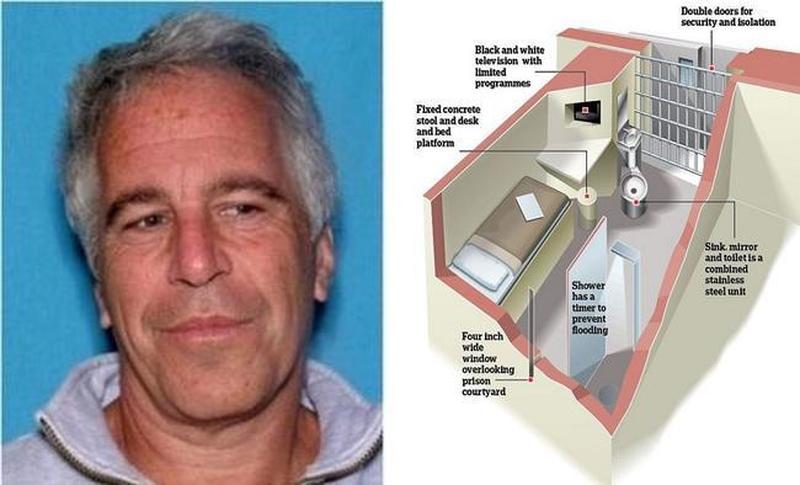 The night of Epstein’s death, correctional officers did not check on the extremely high-profile prisoner for “several hours” before he died, despite being required to look in on him every 30 minutes. Moreover, guards are suspected of falsifying log entries to show that they were checking as required, according to the Associated Press.

In response, officials with the Federal Bureau of Prisons have been on-site at MCC to assist with the investigation.

BOP officials from various regional offices have also been sent to the Manhattan facility to lend their expertise and insight. In addition, a separate BOP “After Action Team” went to MCC earlier this week in an effort to examine what happened the night Epstein died. The use of the “After Action Team” is part of BOP protocol whenever a “significant event takes place at a prison.

Fox News has also learned that 20 of 21 prison staff posts were filled between the hours of 4 p.m. and 12 a.m. on Friday, Aug. 9, the day before Epstein was found. Of those prison workers, six of them were working voluntary overtime. Between 12 a.m. and 8 a.m. on Saturday, Aug. 10, 18 of 19 staff posts were filled. Of those 18 staffers, 10 were working overtime and all but one of those were doing so voluntarily. –Fox News

Two staffers have been placed on administrative leave, while MCC’s warden was reassigned pending the investigation.

“It is indisputable that the authorities violated their own protocols,” said Epstein’s attorneys, Martin Weinberg, Reid Weingarten and Michael Miller. “The defense team fully intends to conduct its own independent and complete investigation into the circumstances and cause of Mr. Epstein’s death including if necessary legal action to view the pivotal videos – if they exist as they should – of the area proximate to Mr. Epstein’s cell during the time period leading to his death.”

Epstein’s attorneys also addressed the deceased pedophile’s controversial autopsy, which concluded that he hanged himself using bed-sheets, breaking his hyoid bone near the Adam’s apple. This is typically only broken during strangulation victims, however they can also be broken via hanging – particularly if the person is older.

“We are not satisfied with the conclusions of the medical examiner,” they said, adding “We will have a more complete response in the coming days” (and will bill Epstein’s estate accordingly, we’re sure).

The suit, filed Thursday in a federal court in New York, claims the women were working as hostesses at a popular Manhattan restaurant in 2004 when they were recruited to give Epstein massages. One was 18 at the time. The other was 20.

The lawsuit says an unidentified female recruiter offered the hostesses hundreds of dollars to provide massages to Epstein, saying he ‘liked young, pretty girls to massage him,’ and wouldn’t engage in any unwanted touching. The women say Epstein groped them anyway.

One plaintiff now lives in Japan, the other in Baltimore. They seek $100 million in damages, citing depression, anxiety, anger and flashbacks.

Other lawsuits, filed over many years by other women, accused him of hiring girls as young as 14 or 15 to give him massages, then subjecting them to sex acts. –Daily Mail

Epstein had faced up to 45 years in prison if found guilty of exploiting dozens of underage girls at his residences in Manhattan and Florida between 2002 and 2005.