Derrick Van Orden, a former Navy SEAL and the Republican running for an open seat in Wisconsin, told Breitbart News Saturday the deadly withdrawal from Afghanistan was botched due to the Biden administration’s “incredibly inept government.”

He brought up the botched withdrawal from Afghanistan, saying it opened up some old wounds that he experienced over the years in the military.

“Watching the events that unfolded over the last month or so really made raw, what took place over 20 years ago, on September 11. You think about people jumping off the buildings because they’re afraid of being burned to death and the mass destruction in New York City, and Pennsylvania, the Pentagon,” he said. “It really — for a lot of people, a lot of my fellow Afghanistan veterans — it made it very, very difficult to see our hasty retreat from Afghanistan that absolutely did not have to be that way that was disgraceful. And that resides solely in the Biden administration the way that we left Afghanistan.”

“I want to tell you, guys and gals, that your service was not in vain. It was not. You did your duty we did, and the way that we left Afghanistan, it’s not a reflection on us. It’s a reflection on an incredibly inept government,” Van Orden said to the Americans who also served. “So we were witness to the most beautiful aspects of the human condition: Courage, honor, selfless sacrifice, service, duty to country, and to our fellow man. And I would not change the experiences I had in that country. I wouldn’t trade them for anything. And so, if you are a member of the, of the chosen few that were able to serve in Afghanistan, I want you to hold your head up high. And I want you to walk forward and know that you did your job and that I am very proud of you.”

He said watching Afghanistan “debacle” play out from the “foolish and reckless administration” made him unable to sleep, so he decided to go out to the United Arab Emirates (UAE) and help get Americans and Afghan allies back to the United States since the country promised to get out every last American and ally.

“So I was watching this take place… This debacle caused by a foolish and reckless administration, divided administration, and I could not sleep. And my wife and I talked, and she said, ‘You just need to get back over there,’” he explained. “So I got ahold of someone my special operations forces friends, and I flew over to UAE, and to help try to get people out of Afghanistan. As I was flying over the Atlantic, the mission change from exfiltrating American citizens and our allies from Afghanistan to processing, those who were able to get out as private citizens. And I want that to sink in with people for a second. That hundreds, if not thousands, of former Special Operations soldiers, sailors, airmen, and Marines, as private citizens moved ourselves to the Middle East to exfiltrate American citizens and our allies because the Biden administration failed to do so.” 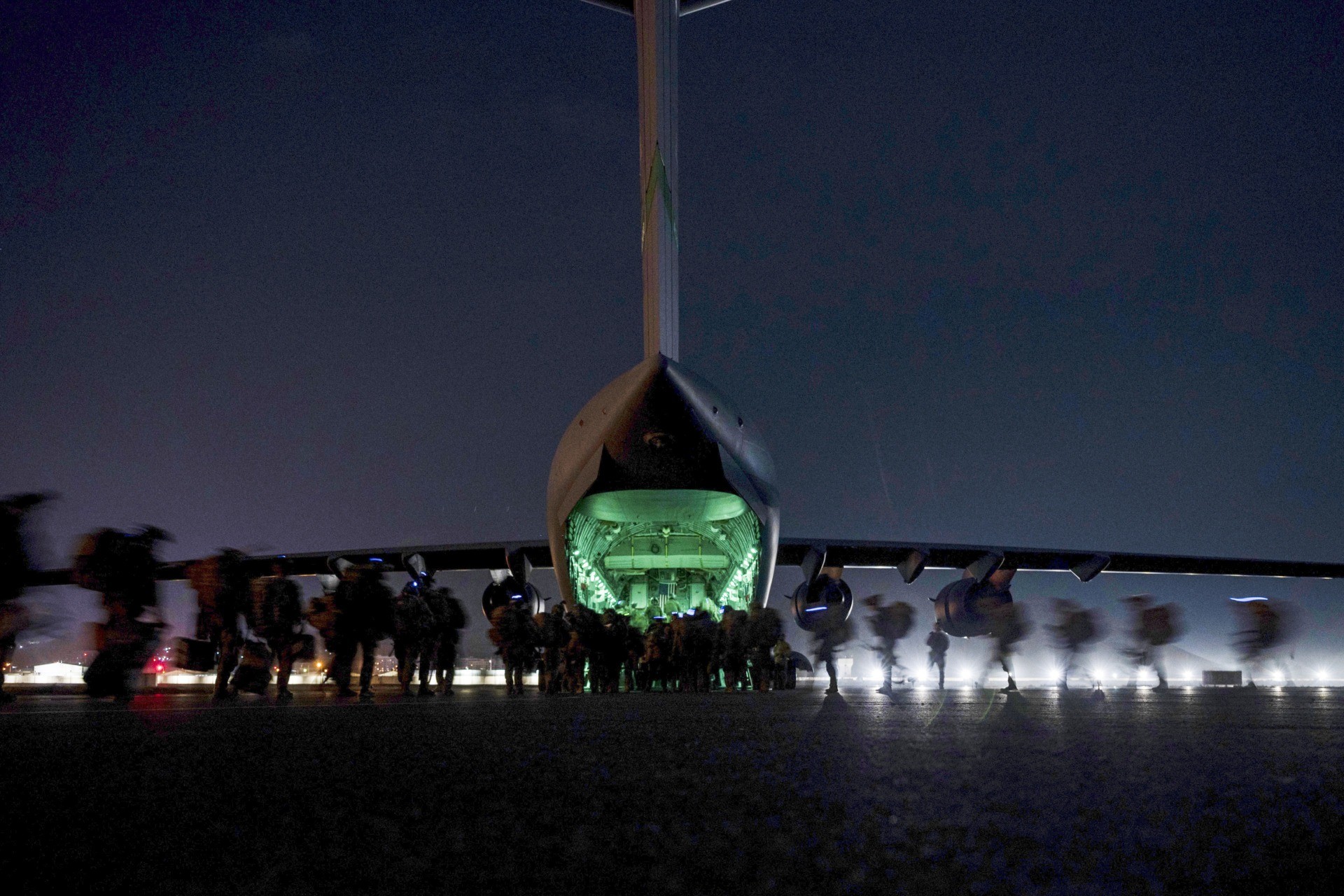 Van Orden described getting everyone he could that was stranded in Afghanistan out as a “moral obligation,” since President Biden lefts hundreds, if not thousands, in the now-Taliban controlled country: “We have a moral obligation to help our Afghan partners that helped us during the war; we made a promise to them that if they helped us, we would help them. That is a moral obligation. But I believe we have a higher sacred duty to our fellow American citizens, the men, and women, who are our brothers in arms, and who are civilians, Americans, we are in the same family, and the Biden administration intentionally left hundreds, if not thousands of them behind enemy lines. So if the enormity of the abject failure, and incompetence, and I believe malfeasance of the Biden, ministration has not sunk in yet. I don’t know if America can wake up again.”

“We are less safe as Americans today than we were a month ago, solely due to the Biden administration,” Van Orden claimed.