Update: Though a Texas DoT employee has indicated Abbott may implement a curb in travel or imposed a curfew, he has not done so yet because not enough Texas counties have coronavirus cases, but has said that local governments may impose stricter actions if they choose. However, Abbott has enacted more executive orders barring healthcare workers from performing non-essential procedures and freeing up regulations for nurses to address the shortage in medical professionals.

A Texas Department of Transportation employee told Infowars there is a travel curfew beginning tonight at 10 PM. He did not specify whether it was only for highway traffic or if it also applies to towns and cities.

President Trump has left it up to the states to implement whatever policies they see fit in the name of slowing the Wuhan coronavirus that originated in communist China.

Abbot addressed Texans live at 3PM CST to give the latest updates on the state government’s response to the coronavirus pandemic.

“I am governor of 254 counties in the state of Texas,” Abbott said. “More than 200 of those counties still have zero cases testing positive.”

This comes after Abbott signed a series of executive orders last week to mitigate the spread of the coronavirus by closing schools, businesses, churches, and gatherings of over 10 people.

Additionally, Infowars received a tip showing North Carolina’s Department of Public Safety issuing internal passports for essential services workers to be able to travel during curfews for the next 12 months, indicating a domestic travel ban is being considered nationwide.

Alex Jones will host his live show at 4PM CST breaking all this down and more — tune in!

Alex Jones breaks down the footage of the National Guard setting up at the Fed Ex stadium in Maryland. 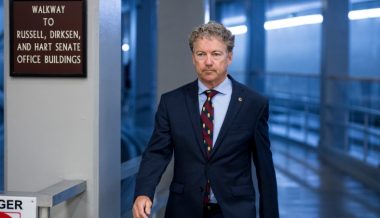 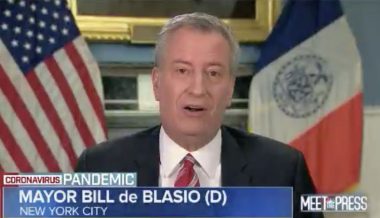