Devin Nunes in an exclusive interview with Breitbart News previewed plans for the company he is heading, Trump Media and Technology Group, which aims to take on Big Tech and establishment media in what he called “the battle of all battles.”

He confirmed that the first product to launch will be a social media platform and that the company is looking to launch it by the end of March.

“Right now, we’re looking at by the end of the first quarter,” he said, but added, “We’re going to come out when it’s ready to come out.”

He said there is a talented team of committed patriots in place building the infrastructure from scratch so that it could not be shut down by any one company.

Contrary to some reporting from the mainstream news media, he said, “We have people from every corner of the United States and around the world that want to come work for us.”

“There are people that are essentially sick and tired of the Silicon Valley craziness and the left-wing crap going on,” he said.

“There’s plenty of room out there for multiple platforms. But if you’re woke, you’re using algorithms and you’re poisoning not only the United States — but the world — because you have a dominant monopoly on the market, it’s wrong,” he said.

“We’re not going to use algorithms. We’re not going to steal your data. We’re simply going to allow you to post like it used to be back when a lot of these social media platforms were in their early stages. People just posted, they got to post to their friends and they weren’t being served up, you know, sewage,” he said. 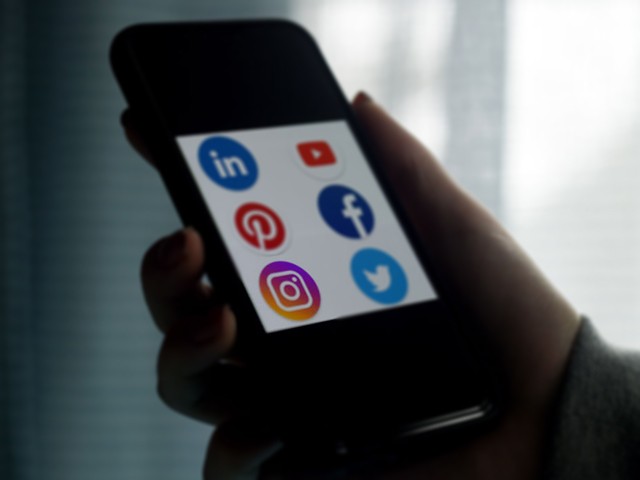 “We’re not going to censor based on political bias. Everybody’s able to say their piece, they’re going to be able to be on the town square,” he said.

Nunes said the new platform will also be family-friendly and a place where people will feel comfortable using their real names. “We’ll be a safe place for everyone to come to,” he said. “We’re trying to be high quality, with high reliability where nobody has to worry.”

As far as what will not be allowed, he said the platform would follow the law.

“It’s always going to be a challenge, but we’re not going to be just some free-for-all. Like, let everybody just post stuff that is illegal, or that you wouldn’t want your grandma or your daughters to see,” he said. “The goal is to protect our users. Nobody’s stealing their data. Nobody’s threatening their kids online — that won’t be tolerated.”

He said the company will focus on customer service, unlike the platforms that exist today.

He said the company is also eyeing live-streaming and ways to help local news.

Nunes — who was slated to become chairman of one of the most powerful committees in Congress if Republicans regained the House in 2022 — explained why he left Congress and took on the new role. 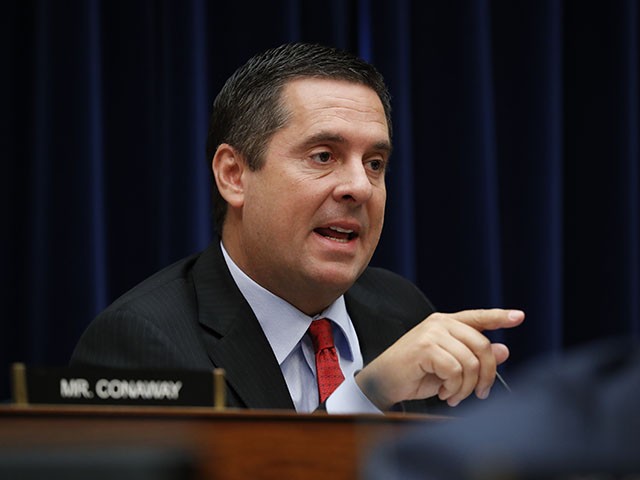 He said he found there are limits to how he can help constituents — especially when it comes to the establishment media and powerful Big Tech companies who are not letting information get through to them.

“They have so much money. They’ve become arrogant. Like things like historical situations that you’d have to go back a long time to like the worst of the, of the tyrants, the worst of the monarchies that you can think of,” he said.

“I learned through my time representing people that there are some things that I just won’t be able to fix unless I move to the next level. So I see this as the battle of all battles,” he said.

The role of battling propagandists is also something he has experienced as a farmer and congressman.

He said in California, he watched radical environmentalists who were determined to get rid of millions of acres of farmland used water deprivation to do so while blaming it on drought. These activists were “willing to take water away from people, away from farms, take food off of families’ tables,” he said.

He watched it play out again during the Russia collusion hoax when Trump was elected to the White House in 2016 — where Democrats and a compliant media drummed up false allegations of Russia collusion against the Trump campaign. 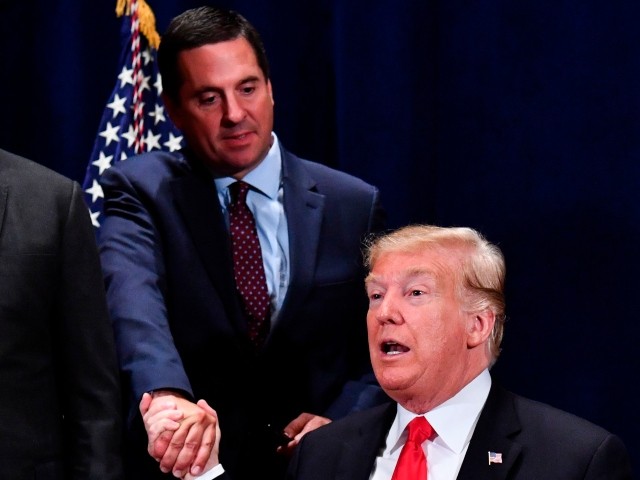 Nunes and his investigators famously uncovered that the Hillary Clinton campaign and the Democratic National Committee had paid for disinformation against then-candidate Donald Trump and distributed it to the media and federal law enforcement.

Nunes has also personally battled propaganda against him from mainstream news outlets and social media accounts that Big Tech companies refused to do anything about.

“I was one of the first to be censored. I watched a lot of my followers get kicked off, watched companies be shut down. And I watched the president of the United States be kicked off of all social media. It’s frightening. And everybody should be scared for the country,” he said.

“These big tech tyrants are so wealthy and so arrogant. They think they can do anything because they think they’re stronger than the American people… and they can run around with all their money playing in politics and they can mock us and say, ‘Well, conservatives, you guys can just go start your own company, ha ha ha,’ … At some point, people will say, ‘We’re not going to take the bullshit.’”